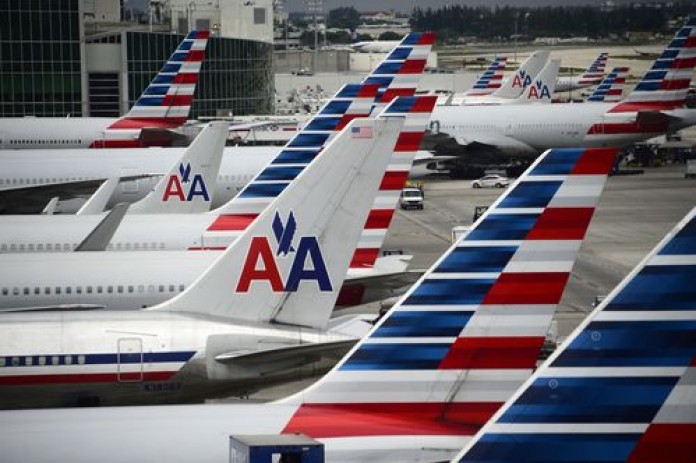 The airline filed suit Friday against GoGo, an internet service provider, in Tarrant County District Court, notifying the company that a competitor was offering a faster service.

The suit notes that GoGo's existing system, which utilizes ground-based cellular towers to connect airline passengers to the internet, can make it difficult for passengers to stream video and use other data-heavy entertainment tools on a flight.

"Whereas Gogo’s system provides 3 Mbps (or at most, 10 Mbps (megabits per second)) of bandwidth shared among all users on a flight, and blocks most video content, these new satellite-based services offer 12 Mbps per device — more than enough for passengers to stream music, movies, and television," the suit notes.

Casey Norton, American Airlines' director of corporate communications, said the airline has multiple contracts with GoGo. This particular suit focuses on one contract that covers about 200 of the airline's older model planes, including Boeing 737s that are primarily used on regional and domestic flights.

"We haven't made any decisions yet," Norton said. "All we've done is notify them of a competitor's offering."

GoGo has 45 days to respond.