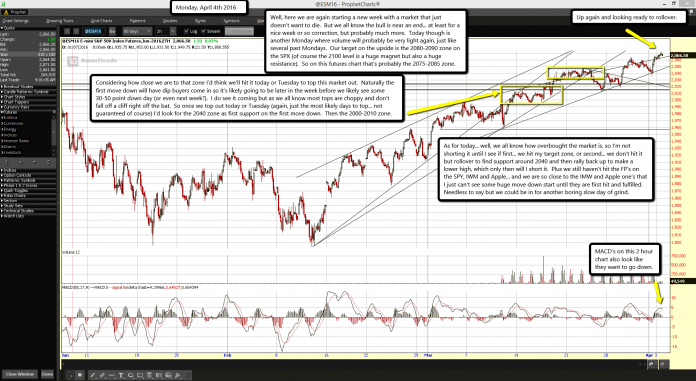 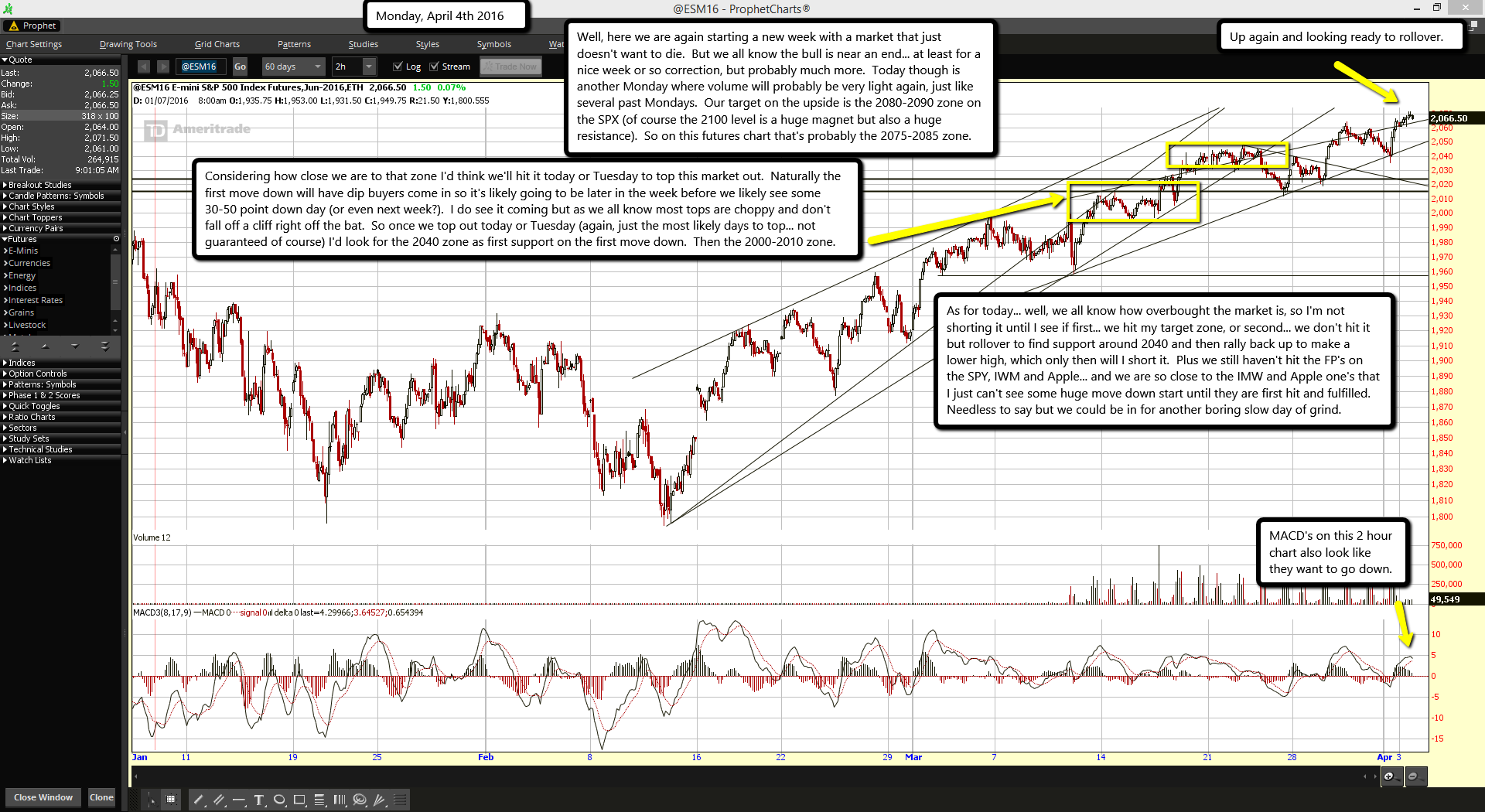 Up again and looking ready to rollover.

MACD's on this 2 hour chart also look like they want to go down.

Well, here we are again starting a new week with a market that just doesn't want to die.  But we all know the bull is near an end... at least for a nice week or so correction, but probably much more.  Today though is another Monday where volume will probably be very light again, just like several past Mondays.  Our target on the upside is the 2080-2090 zone on the SPX (of course the 2100 level is a huge magnet but also a huge resistance).  So on this futures chart that's probably the 2075-2085 zone.

Considering how close we are to that zone I'd think we'll hit it today or Tuesday to top this market out.  Naturally the first move down will have dip buyers come in so it's likely going to be later in the week before we likely see some 30-50 point down day (or even next week?).  I do see it coming but as we all know most tops are choppy and don't fall off a cliff right off the bat.  So once we top out today or Tuesday (again, just the most likely days to top... not guaranteed of course) I'd look for the 2040 zone as first support on the first move down.  Then the 2000-2010 zone.

As for today... well, we all know how overbought the market is, so I'm not shorting it until I see if first... we hit my target zone, or second... we don't hit it but rollover to find support around 2040 and then rally back up to make a lower high, which only then will I short it.  Plus we still haven't hit the FP's on the SPY, IWM and Apple... and we are so close to the IMW and Apple one's that I just can't see some huge move down start until they are first hit and fulfilled.  Needless to say but we could be in for another boring slow day of grind.