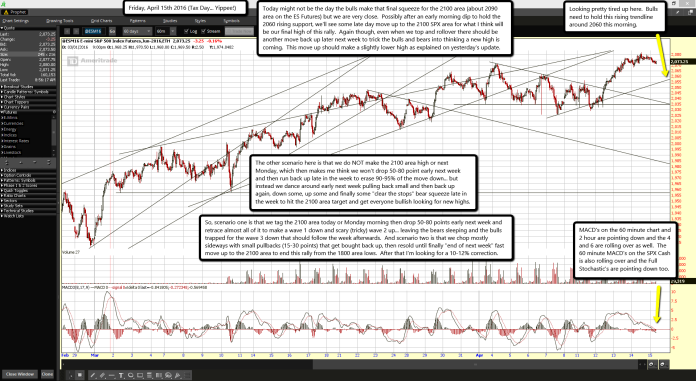 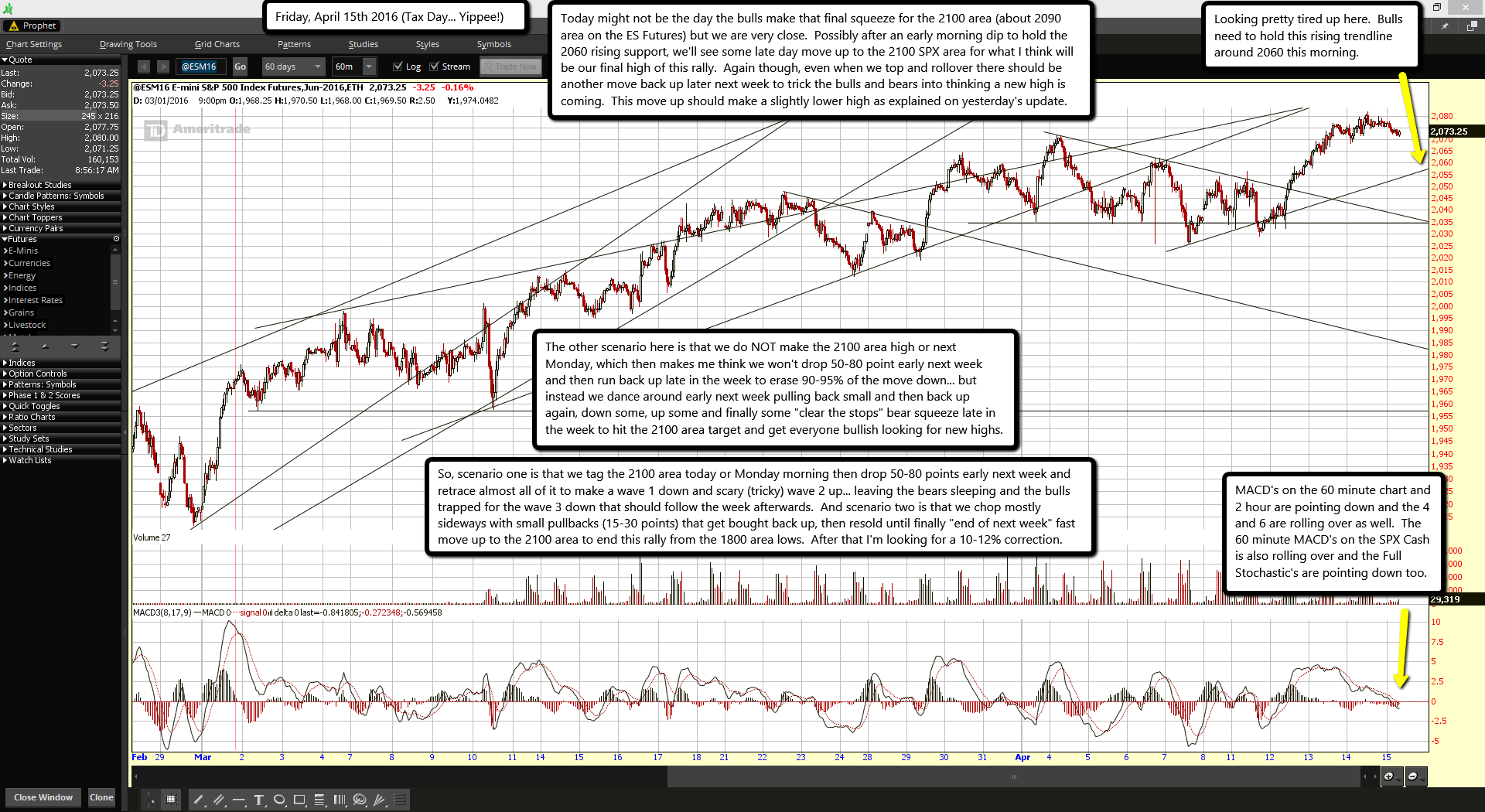 Looking pretty tired up here.  Bulls need to hold this rising trendline around 2060 this morning.

Today might not be the day the bulls make that final squeeze for the 2100 area (about 2090 area on the ES Futures) but we are very close.  Possibly after an early morning dip to hold the 2060 rising support, we'll see some late day move up to the 2100 SPX area for what I think will be our final high of this rally.  Again though, even when we top and rollover there should be another move back up later next week to trick the bulls and bears into thinking a new high is coming.  This move up should make a slightly lower high as explained on yesterday's update.

The other scenario here is that we do NOT make the 2100 area high or next Monday, which then makes me think we won't drop 50-80 point early next week and then run back up late in the week to erase 90-95% of the move down... but instead we dance around early next week pulling back small and then back up again, down some, up some and finally some "clear the stops" bear squeeze late in the week to hit the 2100 area target and get everyone bullish looking for new highs.

So, scenario one is that we tag the 2100 area today or Monday morning then drop 50-80 points early next week and retrace almost all of it to make a wave 1 down and scary (tricky) wave 2 up... leaving the bears sleeping and the bulls trapped for the wave 3 down that should follow the week afterwards.  And scenario two is that we chop mostly sideways with small pullbacks (15-30 points) that get bought back up, then resold until finally "end of next week" fast move up to the 2100 area to end this rally from the 1800 area lows.  After that I'm looking for a 10-12% correction.