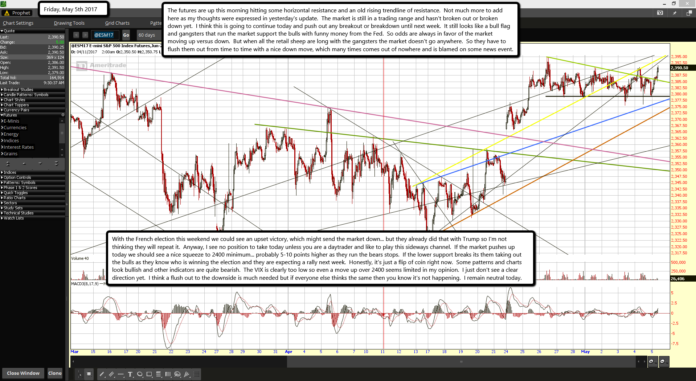 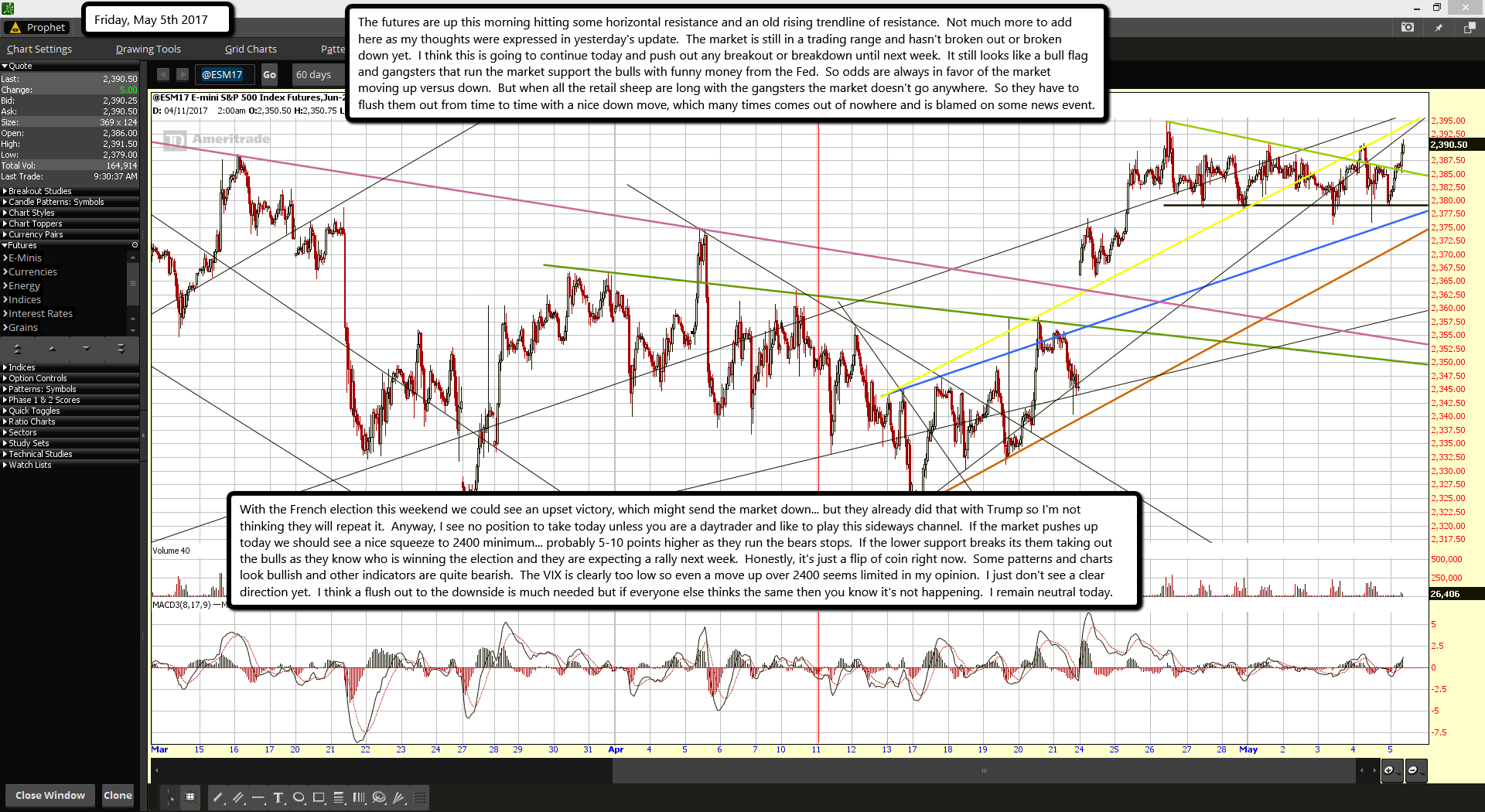 The futures are up this morning hitting some horizontal resistance and an old rising trendline of resistance.  Not much more to add here as my thoughts were expressed in yesterday's update.  The market is still in a trading range and hasn't broken out or broken down yet.  I think this is going to continue today and push out any breakout or breakdown until next week.  It still looks like a bull flag and gangsters that run the market support the bulls with funny money from the Fed.  So odds are always in favor of the market moving up versus down.  But when all the retail sheep are long with the gangsters the market doesn't go anywhere.  So they have to flush them out from time to time with a nice down move, which many times comes out of nowhere and is blamed on some news event.

With the French election this weekend we could see an upset victory, which might send the market down... but they already did that with Trump so I'm not thinking they will repeat it.  Anyway, I see no position to take today unless you are a daytrader and like to play this sideways channel.  If the market pushes up today we should see a nice squeeze to 2400 minimum... probably 5-10 points higher as they run the bears stops.  If the lower support breaks its them taking out the bulls as they know who is winning the election and they are expecting a rally next week.  Honestly, it's just a flip of coin right now.  Some patterns and charts look bullish and other indicators are quite bearish.  The VIX is clearly too low so even a move up over 2400 seems limited in my opinion.  I just don't see a clear direction yet.  I think a flush out to the downside is much needed but if everyone else thinks the same then you know it's not happening.  I remain neutral today.