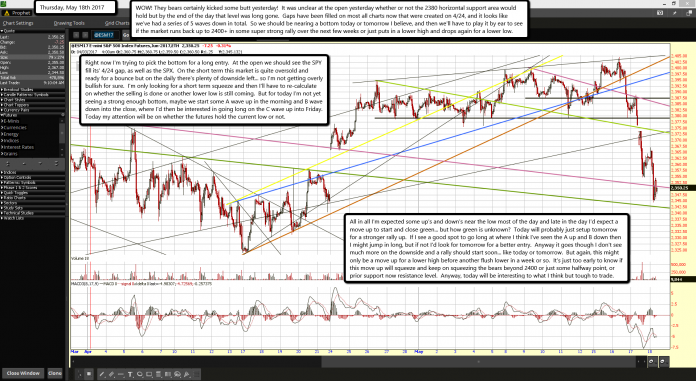 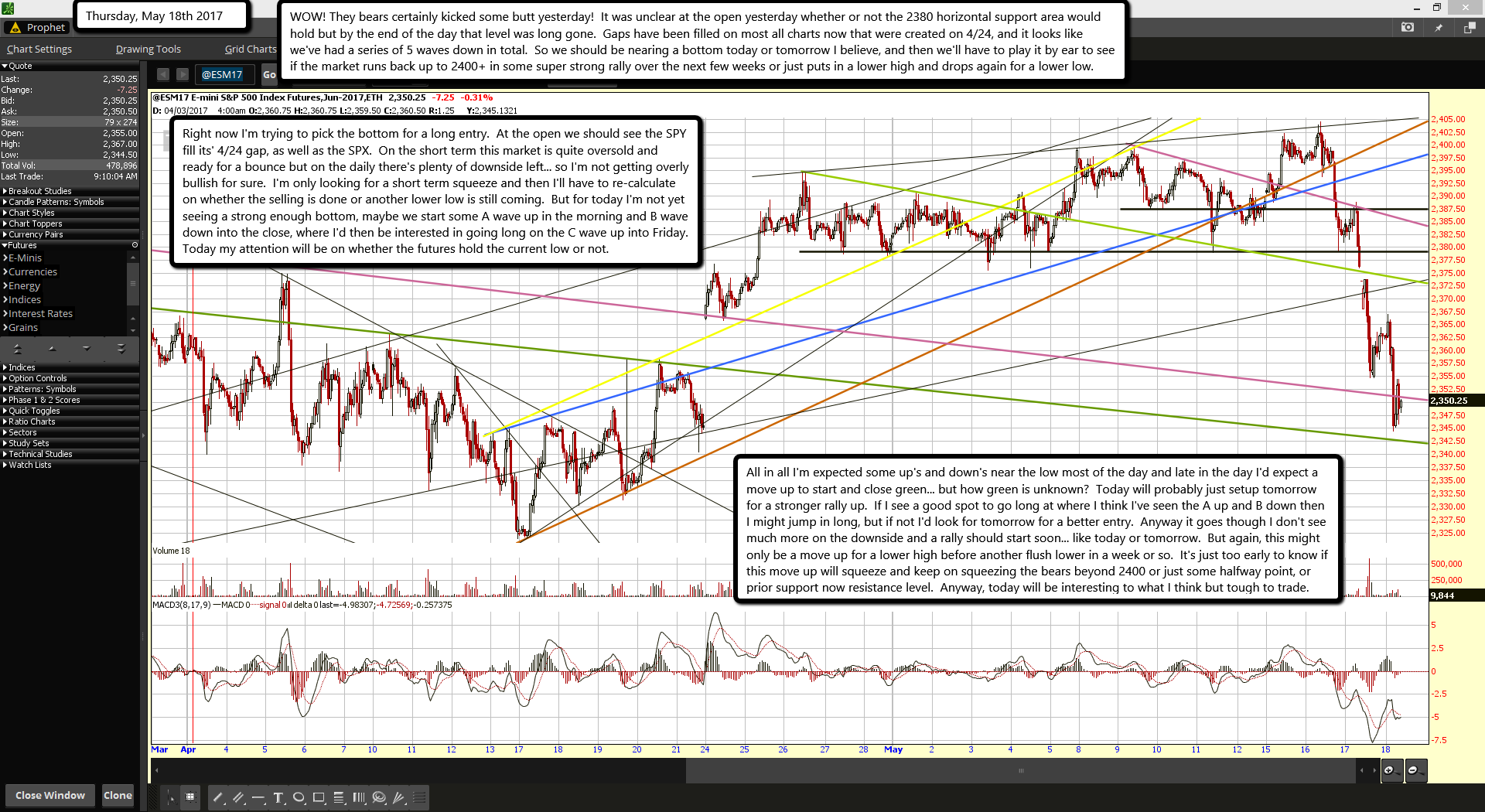 WOW! They bears certainly kicked some butt yesterday!  It was unclear at the open yesterday whether or not the 2380 horizontal support area would hold but by the end of the day that level was long gone.  Gaps have been filled on most all charts now that were created on 4/24, and it looks like we've had a series of 5 waves down in total.  So we should be nearing a bottom today or tomorrow I believe, and then we'll have to play it by ear to see if the market runs back up to 2400+ in some super strong rally over the next few weeks or just puts in a lower high and drops again for a lower low.

Right now I'm trying to pick the bottom for a long entry.  At the open we should see the SPY fill its' 4/24 gap, as well as the SPX.  On the short term this market is quite oversold and ready for a bounce but on the daily there's plenty of downside left... so I'm not getting overly bullish for sure.  I'm only looking for a short term squeeze and then I'll have to re-calculate on whether the selling is done or another lower low is still coming.  But for today I'm not yet seeing a strong enough bottom, maybe we start some A wave up in the morning and B wave down into the close, where I'd then be interested in going long on the C wave up into Friday.  Today my attention will be on whether the futures hold the current low or not.

All in all I'm expected some up's and down's near the low most of the day and late in the day I'd expect a move up to start and close green... but how green is unknown?  Today will probably just setup tomorrow for a stronger rally up.  If I see a good spot to go long at where I think I've seen the A up and B down then I might jump in long, but if not I'd look for tomorrow for a better entry.  Anyway it goes though I don't see much more on the downside and a rally should start soon... like today or tomorrow.  But again, this might only be a move up for a lower high before another flush lower in a week or so.  It's just too early to know if this move up will squeeze and keep on squeezing the bears beyond 2400 or just some halfway point, or prior support now resistance level.  Anyway, today will be interesting to what I think but tough to trade.