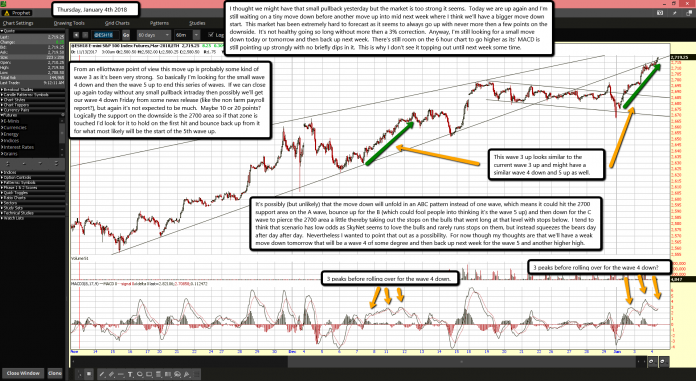 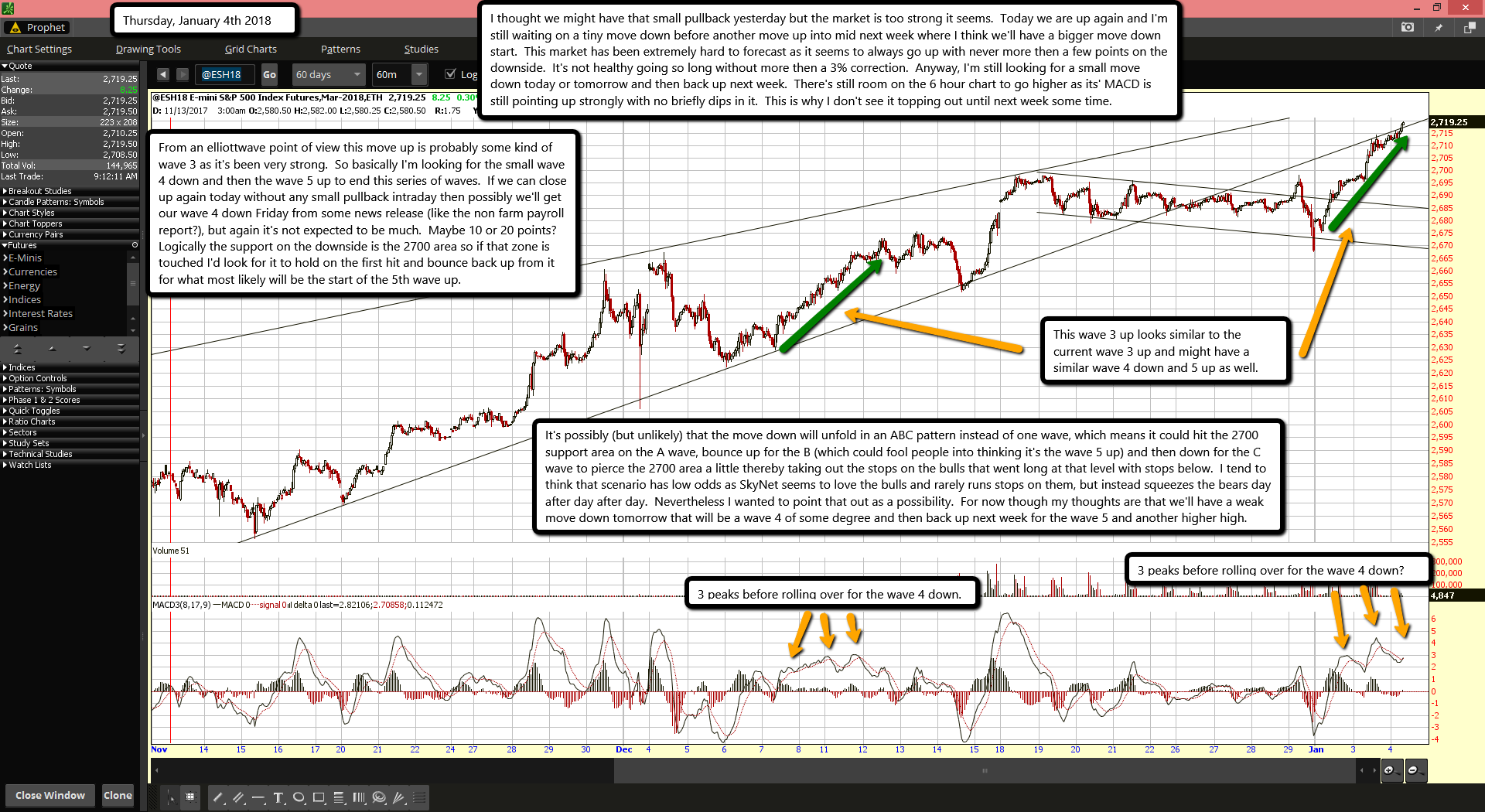 I thought we might have that small pullback yesterday but the market is too strong it seems.  Today we are up again and I'm still waiting on a tiny move down before another move up into mid next week where I think we'll have a bigger move down start.  This market has been extremely hard to forecast as it seems to always go up with never more then a few points on the downside.  It's not healthy going so long without more then a 3% correction.  Anyway, I'm still looking for a small move down today or tomorrow and then back up next week.  There's still room on the 6 hour chart to go higher as its' MACD is still pointing up strongly with no briefly dips in it.  This is why I don't see it topping out until next week some time.

From an elliottwave point of view this move up is probably some kind of wave 3 as it's been very strong.  So basically I'm looking for the small wave 4 down and then the wave 5 up to end this series of waves.  If we can close up again today without any small pullback intraday then possibly we'll get our wave 4 down Friday from some news release (like the non farm payroll report?), but again it's not expected to be much.  Maybe 10 or 20 points?  Logically the support on the downside is the 2700 area so if that zone is touched I'd look for it to hold on the first hit and bounce back up from it for what most likely will be the start of the 5th wave up.

It's possibly (but unlikely) that the move down will unfold in an ABC pattern instead of one wave, which means it could hit the 2700 support area on the A wave, bounce up for the B (which could fool people into thinking it's the wave 5 up) and then down for the C wave to pierce the 2700 area a little thereby taking out the stops on the bulls that went long at that level with stops below.  I tend to think that scenario has low odds as SkyNet seems to love the bulls and rarely runs stops on them, but instead squeezes the bears day after day after day.  Nevertheless I wanted to point that out as a possibility.  For now though my thoughts are that we'll have a weak move down tomorrow that will be a wave 4 of some degree and then back up next week for the wave 5 and another higher high.