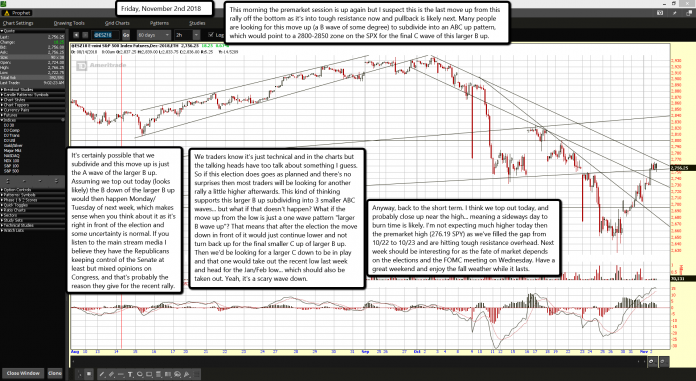 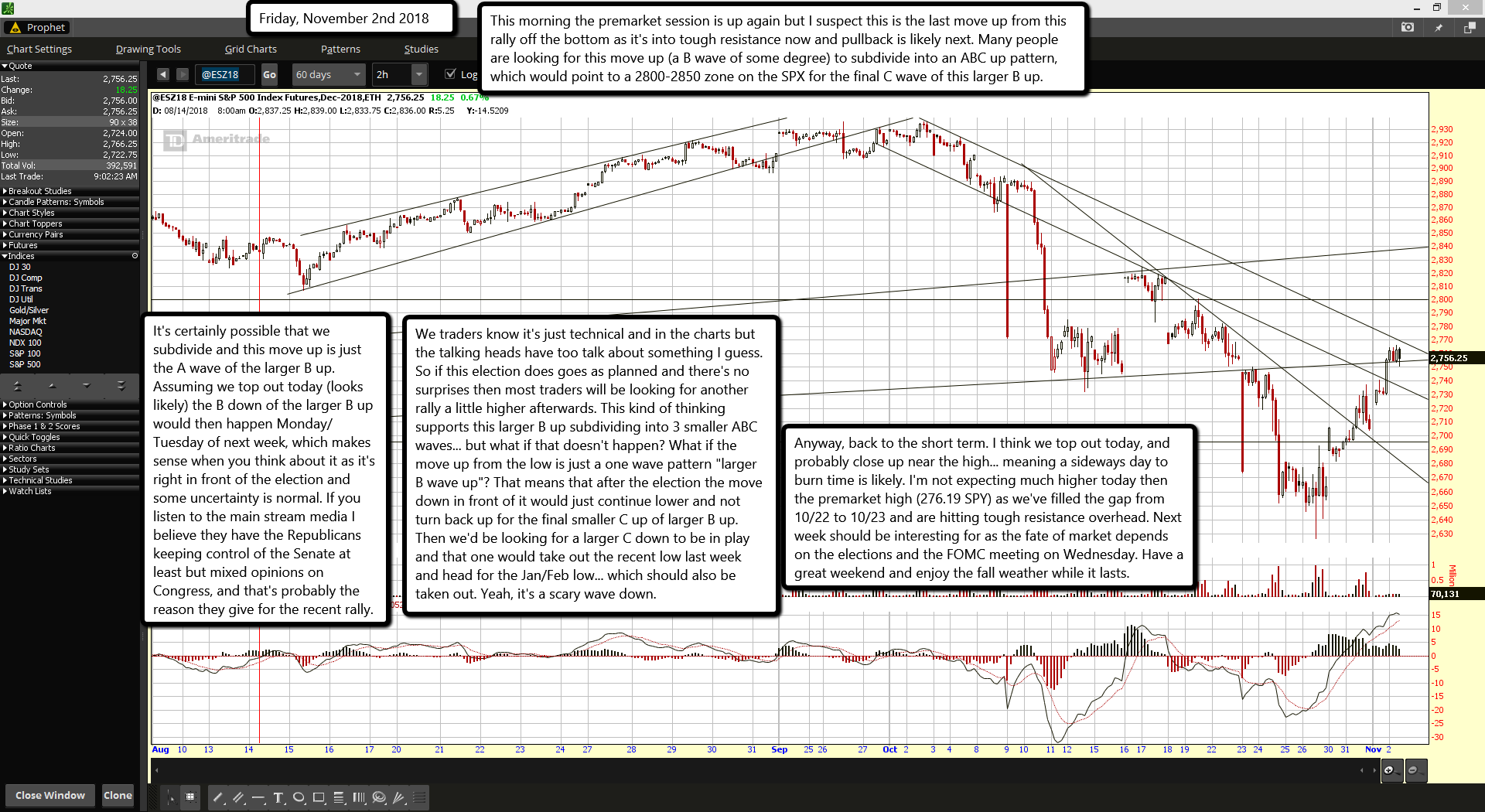 This morning the premarket session is up again but I suspect this is the last move up from this rally off the bottom as it's into tough resistance now and pullback is likely next. Many people are looking for this move up (a B wave of some degree) to subdivide into an ABC up pattern, which would point to a 2800-2850 zone on the SPX for the final C wave of this larger B up.

It's certainly possible that we subdivide and this move up is just the A wave of the larger B up. Assuming we top out today (looks likely) the B down of the larger B up would then happen Monday/Tuesday of next week, which makes sense when you think about it as it's right in front of the election and some uncertainty is normal. If you listen to the main stream media I believe they have the Republicans keeping control of the Senate at least but mixed opinions on Congress, and that's probably the reason they give for the recent rally.

We traders know it's just technical and in the charts but the talking heads have too talk about something I guess. So if this election does goes as planned and there's no surprises then most traders will be looking for another rally a little higher afterwards. This kind of thinking supports this larger B up subdividing into 3 smaller ABC waves... but what if that doesn't happen? What if the move up from the low is just a one wave pattern "larger B wave up"? That means that after the election the move down in front of it would just continue lower and not turn back up for the final smaller C up of larger B up. Then we'd be looking for a larger C down to be in play and that one would take out the recent low last week and head for the Jan/Feb low... which should also be taken out. Yeah, it's a scary wave down.

Anyway, back to the short term. I think we top out today, and probably close up near the high... meaning a sideways day to burn time is likely. I'm not expecting much higher today then the premarket high (276.19 SPY) as we've filled the gap from 10/22 to 10/23 and are hitting tough resistance overhead. Next week should be interesting for as the fate of market depends on the elections and the FOMC meeting on Wednesday. Have a great weekend and enjoy the fall weather while it lasts.