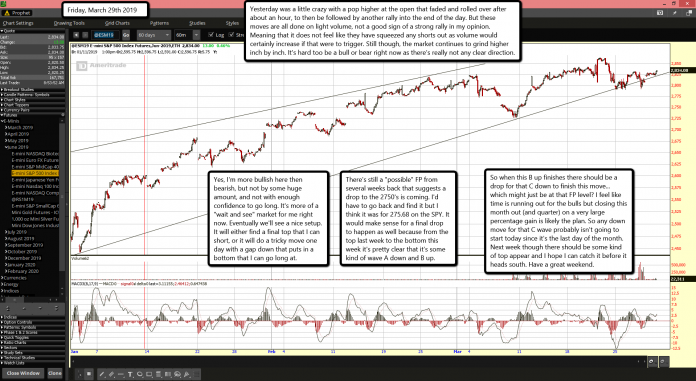 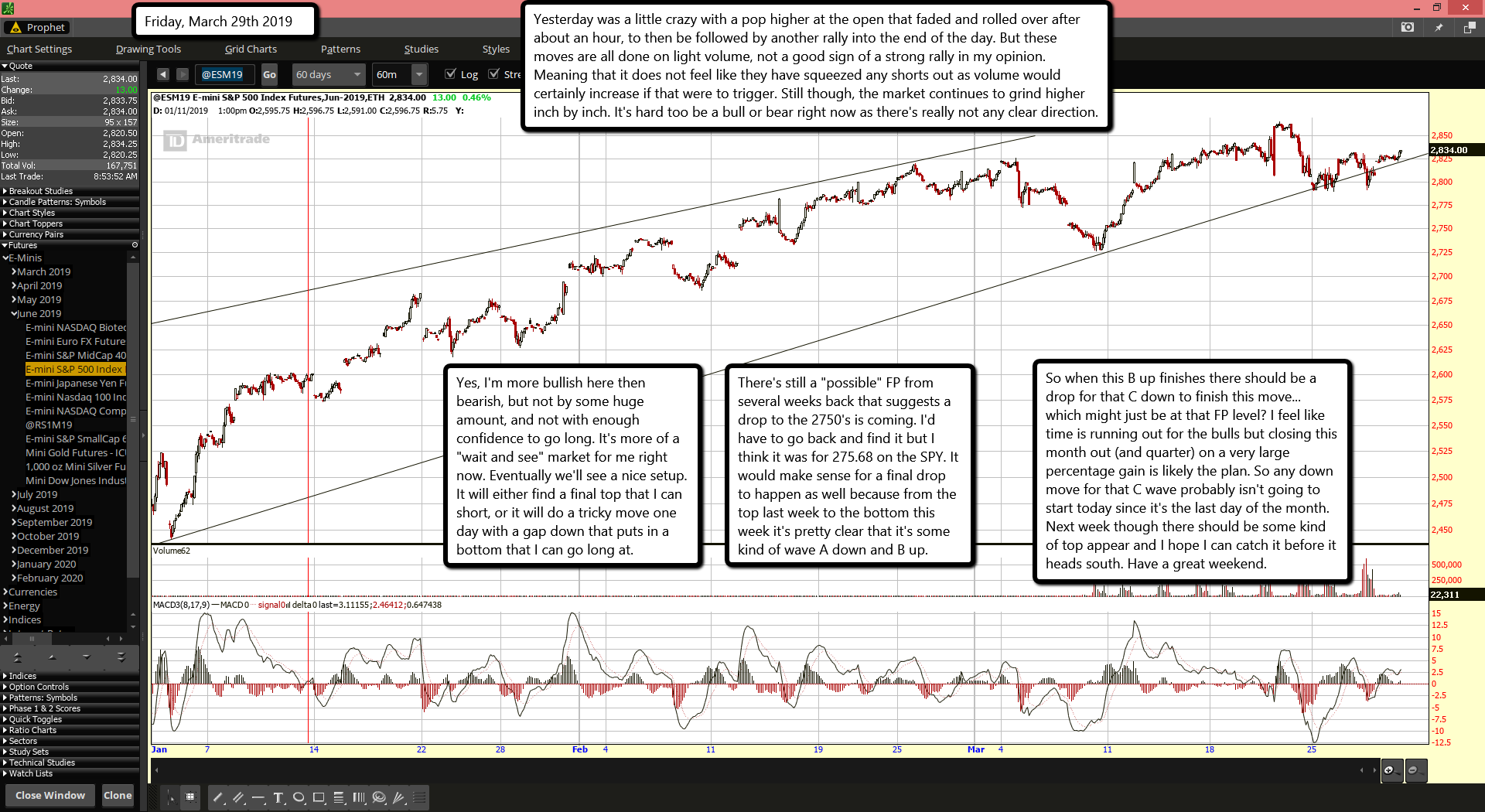 Yesterday was a little crazy with a pop higher at the open that faded and rolled over after about an hour, to then be followed by another rally into the end of the day. But these moves are all done on light volume, not a good sign of a strong rally in my opinion. Meaning that it does not feel like they have squeezed any shorts out as volume would certainly increase if that were to trigger. Still though, the market continues to grind higher inch by inch. It's hard too be a bull or bear right now as there's really not any clear direction.

Yes, I'm more bullish here then bearish, but not by some huge amount, and not with enough confidence to go long. It's more of a "wait and see" market for me right now. Eventually we'll see a nice setup. It will either find a final top that I can short, or it will do a tricky move one day with a gap down that puts in a bottom that I can go long at.

There's still a "possible" FP from several weeks back that suggests a drop to the 2750's is coming. I'd have to go back and find it but I think it was for 275.68 on the SPY. It would make sense for a final drop to happen as well because from the top last week to the bottom this week it's pretty clear that it's some kind of wave A down and B up.

So when this B up finishes there should be a drop for that C down to finish this move... which might just be at that FP level? I feel like time is running out for the bulls but closing this month out (and quarter) on a very large percentage gain is likely the plan. So any down move for that C wave probably isn't going to start today since it's the last day of the month. Next week though there should be some kind of top appear and I hope I can catch it before it heads south. Have a great weekend.