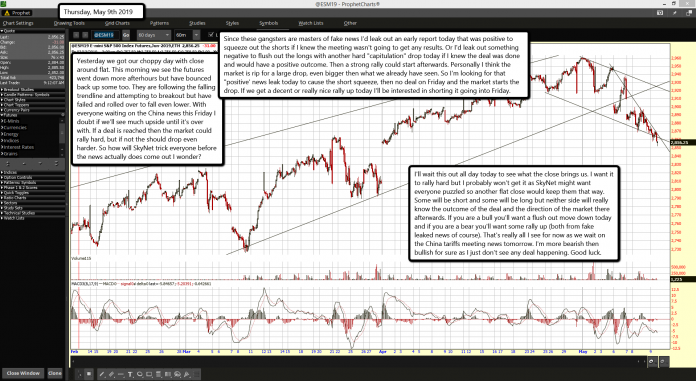 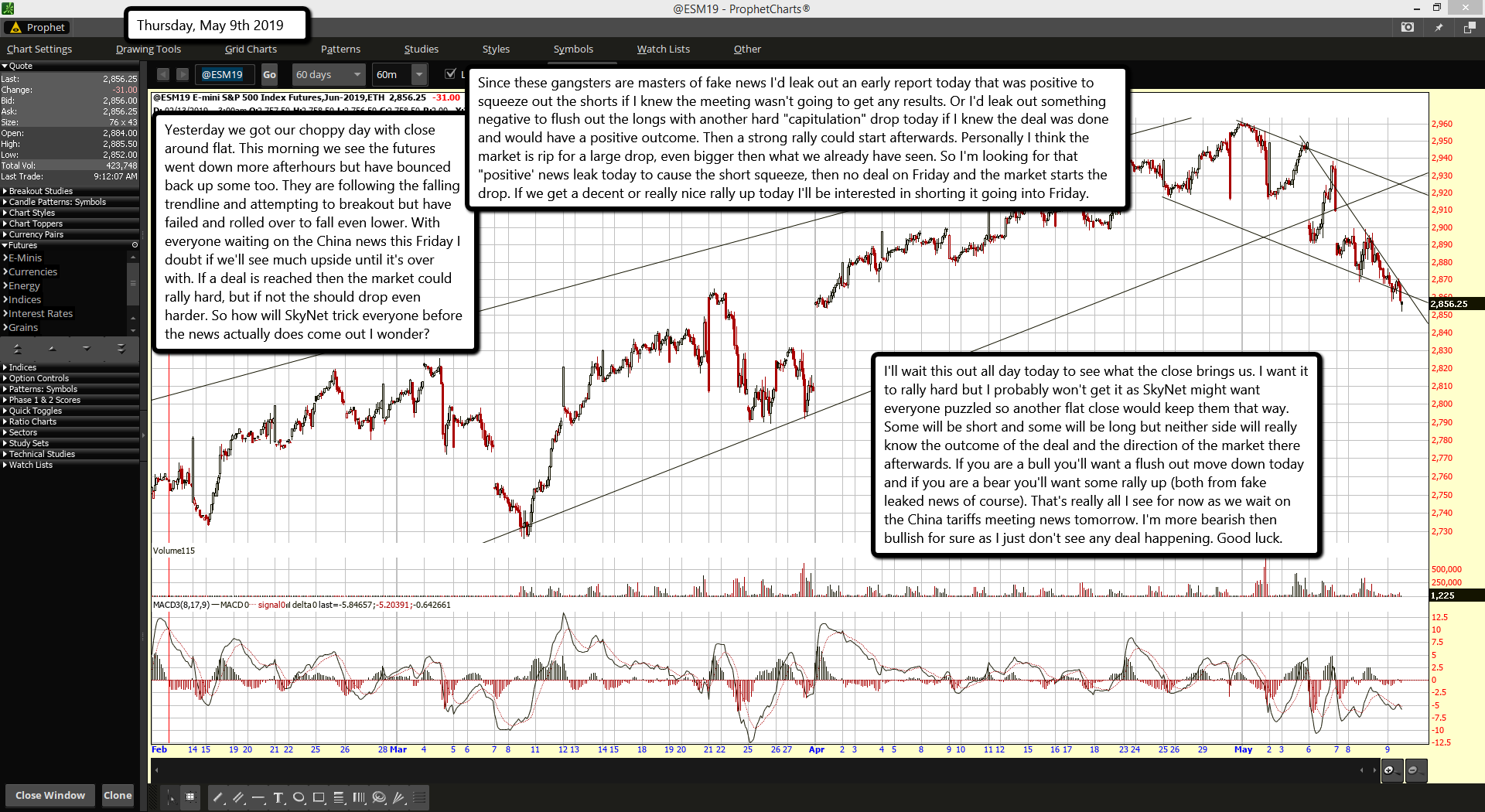 Yesterday we got our choppy day with close around flat. This morning we see the futures went down more afterhours but have bounced back up some too. They are following the falling trendline and attempting to breakout but have failed and rolled over to fall even lower. With everyone waiting on the China news this Friday I doubt if we'll see much upside until it's over with. If a deal is reached then the market could rally hard, but if not the should drop even harder. So how will SkyNet trick everyone before the news actually does come out I wonder?

Since these gangsters are masters of fake news I'd leak out an early report today that was positive to squeeze out the shorts if I knew the meeting wasn't going to get any results. Or I'd leak out something negative to flush out the longs with another hard "capitulation" drop today if I knew the deal was done and would have a positive outcome. Then a strong rally could start afterwards. Personally I think the market is rip for a large drop, even bigger then what we already have seen. So I'm looking for that "positive' news leak today to cause the short squeeze, then no deal on Friday and the market starts the drop. If we get a decent or really nice rally up today I'll be interested in shorting it going into Friday.

I'll wait this out all day today to see what the close brings us. I want it to rally hard but I probably won't get it as SkyNet might want everyone puzzled so another flat close would keep them that way. Some will be short and some will be long but neither side will really know the outcome of the deal and the direction of the market there afterwards. If you are a bull you'll want a flush out move down today and if you are a bear you'll want some rally up (both from fake leaked news of course). That's really all I see for now as we wait on the China tariffs meeting news tomorrow. I'm more bearish then bullish for sure as I just don't see any deal happening. Good luck.