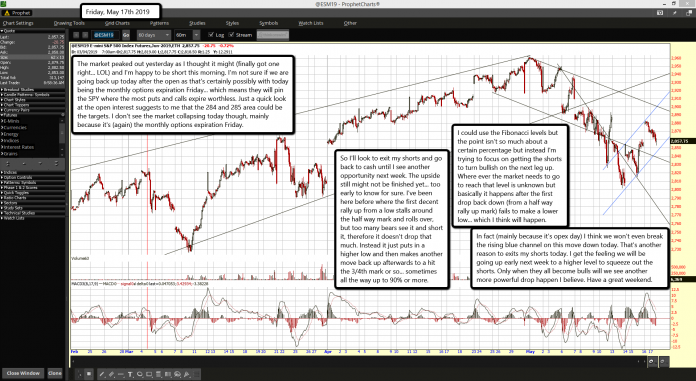 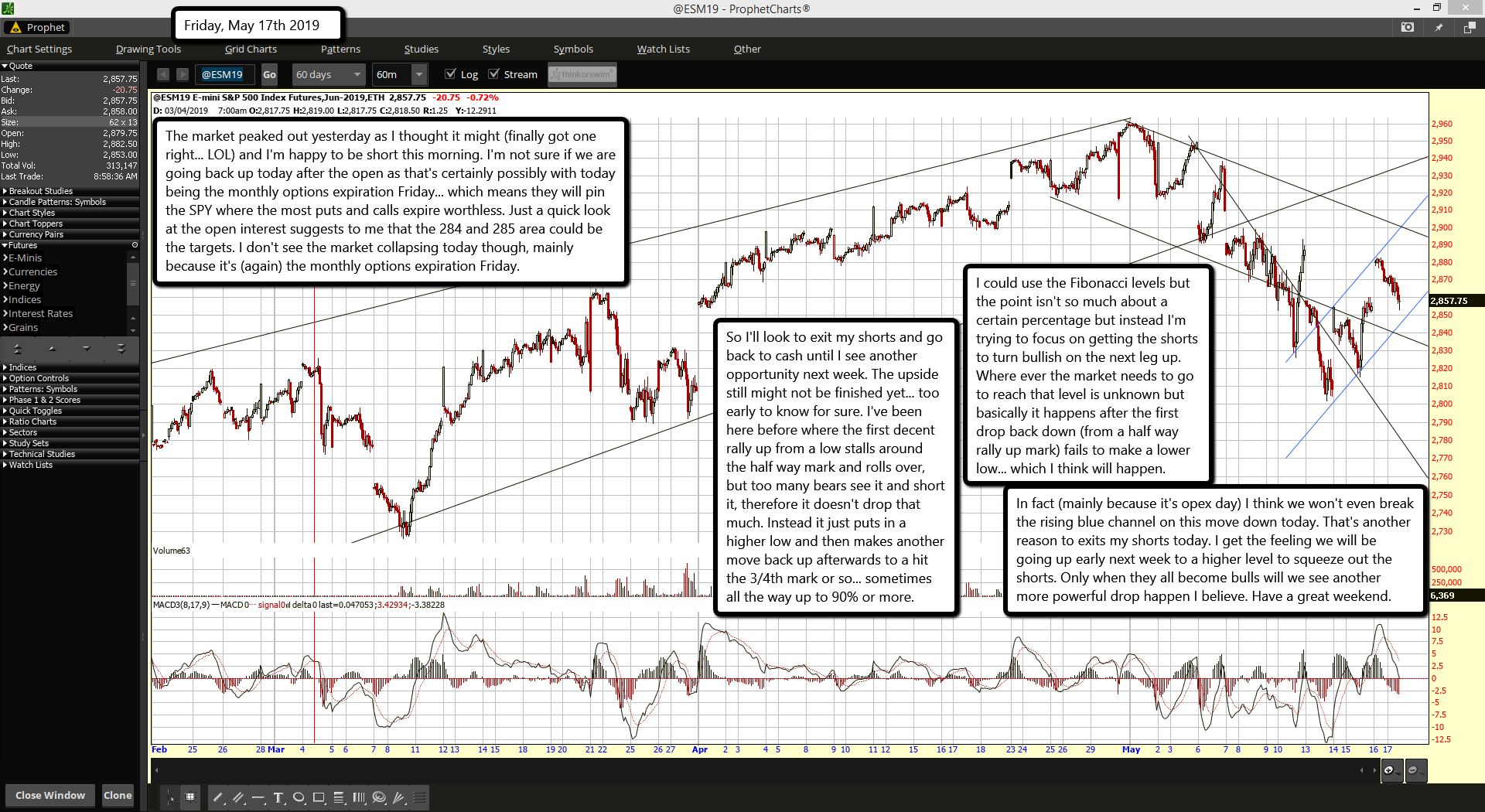 The market peaked out yesterday as I thought it might (finally got one right... LOL) and I'm happy to be short this morning. I'm not sure if we are going back up today after the open as that's certainly possibly with today being the monthly options expiration Friday... which means they will pin the SPY where the most puts and calls expire worthless. Just a quick look at the open interest suggests to me that the 284 and 285 area could be the targets. I don't see the market collapsing today though, mainly because it's (again) the monthly options expiration Friday.

So I'll look to exit my shorts and go back to cash until I see another opportunity next week. The upside still might not be finished yet... too early to know for sure. I've been here before where the first decent rally up from a low stalls around the half way mark and rolls over, but too many bears see it and short it, therefore it doesn't drop that much. Instead it just puts in a higher low and then makes another move back up afterwards to a hit the 3/4th mark or so... sometimes all the way up to 90% or more.

I could use the Fibonacci levels but the point isn't so much about a certain percentage but instead I'm trying to focus on getting the shorts to turn bullish on the next leg up. Where ever the market needs to go to reach that level is unknown but basically it happens after the first drop back down (from a half way rally up mark) fails to make a lower low... which I think will happen.

In fact (mainly because it's opex day) I think we won't even break the rising blue channel on this move down today. That's another reason to exits my shorts today. I get the feeling we will be going up early next week to a higher level to squeeze out the shorts. Only when they all become bulls will we see another more powerful drop happen I believe. Have a great weekend.