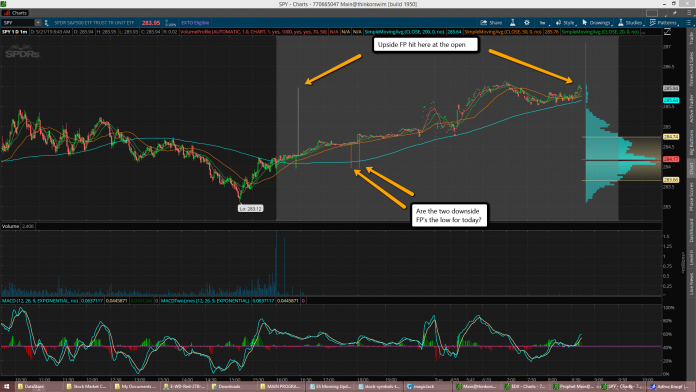 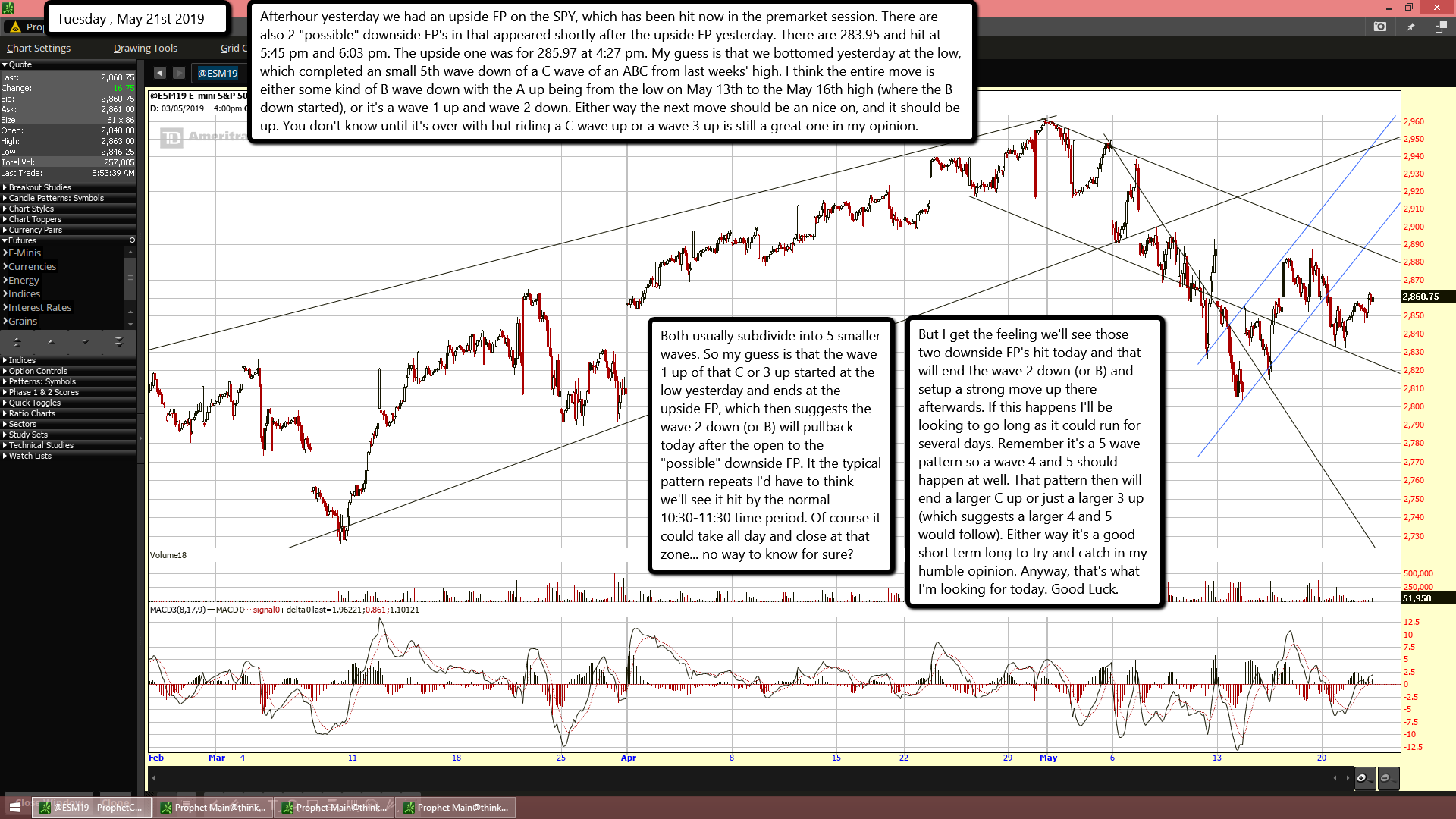 Afterhour yesterday we had an upside FP on the SPY, which has been hit now in the premarket session. There are also 2 "possible" downside FP's in that appeared shortly after the upside FP yesterday. There are 283.95 and hit at 5:45 pm and 6:03 pm. The upside one was for 285.97 at 4:27 pm. My guess is that we bottomed yesterday at the low, which completed an small 5th wave down of a C wave of an ABC from last weeks' high. I think the entire move is either some kind of B wave down with the A up being from the low on May 13th to the May 16th high (where the B down started), or it's a wave 1 up and wave 2 down. Either way the next move should be an nice on, and it should be up. You don't know until it's over with but riding a C wave up or a wave 3 up is still a great one in my opinion.

Both usually subdivide into 5 smaller waves. So my guess is that the wave 1 up of that C or 3 up started at the low yesterday and ends at the upside FP, which then suggests the wave 2 down (or B) will pullback today after the open to the "possible" downside FP. It the typical pattern repeats I'd have to think we'll see it hit by the normal 10:30-11:30 time period. Of course it could take all day and close at that zone... no way to know for sure?

But I get the feeling we'll see those two downside FP's hit today and that will end the wave 2 down (or B) and setup a strong move up there afterwards. If this happens I'll be looking to go long as it could run for several days. Remember it's a 5 wave pattern so a wave 4 and 5 should happen at well. That pattern then will end a larger C up or just a larger 3 up (which suggests a larger 4 and 5 would follow). Either way it's a good short term long to try and catch in my humble opinion. Anyway, that's what I'm looking for today. Good Luck.