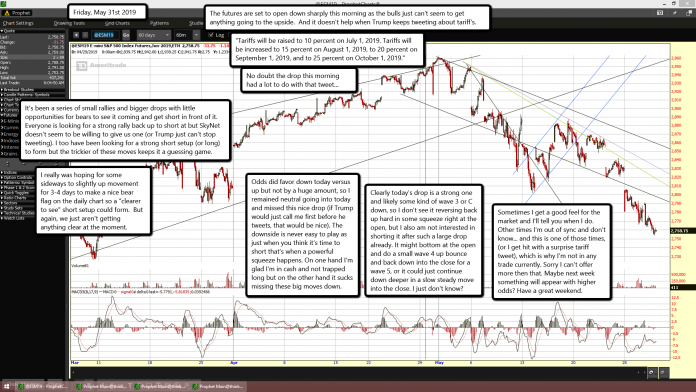 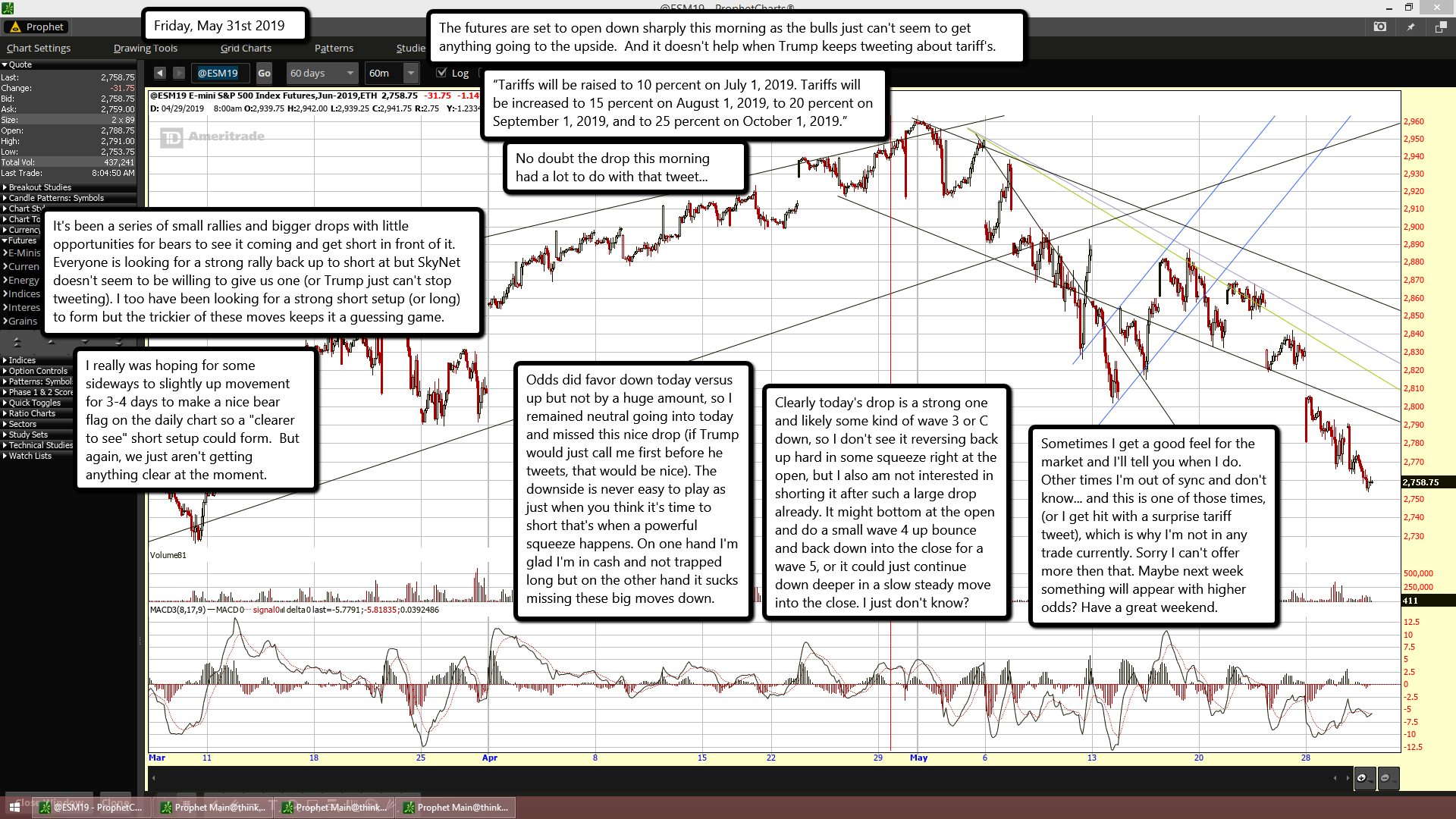 The futures are set to open down sharply this morning as the bulls just can't seem to get anything going to the upside.  And it doesn't help when Trump keeps tweeting about tariff's.

No doubt the drop this morning had a lot to do with that tweet...

It's been a series of small rallies and bigger drops with little opportunities for bears to see it coming and get short in front of it. Everyone is looking for a strong rally back up to short at but SkyNet doesn't seem to be willing to give us one (or Trump just can't stop tweeting). I too have been looking for a strong short setup (or long) to form but the trickier of these moves keeps it a guessing game.

I really was hoping for some sideways to slightly up movement for 3-4 days to make a nice bear flag on the daily chart so a "clearer to see" short setup could form.  But again, we just aren't getting anything clear at the moment.

Odds did favor down today versus up but not by a huge amount, so I remained neutral going into today and missed this nice drop (if Trump would just call me first before he tweets, that would be nice). The downside is never easy to play as just when you think it's time to short that's when a powerful squeeze happens. On one hand I'm glad I'm in cash and not trapped long but on the other hand it sucks missing these big moves down.

Clearly today's drop is a strong one and likely some kind of wave 3 or C down, so I don't see it reversing back up hard in some squeeze right at the open, but I also am not interested in shorting it after such a large drop already. It might bottom at the open and do a small wave 4 up bounce and back down into the close for a wave 5, or it could just continue down deeper in a slow steady move into the close. I just don't know?

Sometimes I get a good feel for the market and I'll tell you when I do. Other times I'm out of sync and don't know... and this is one of those times, (or I get hit with a surprise tariff tweet), which is why I'm not in any trade currently. Sorry I can't offer more then that. Maybe next week something will appear with higher odds? Have a great weekend.