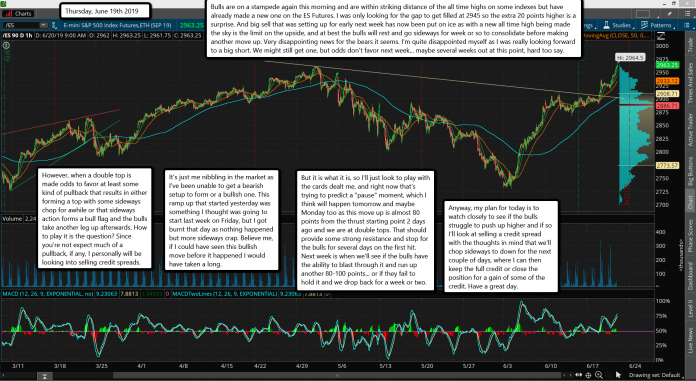 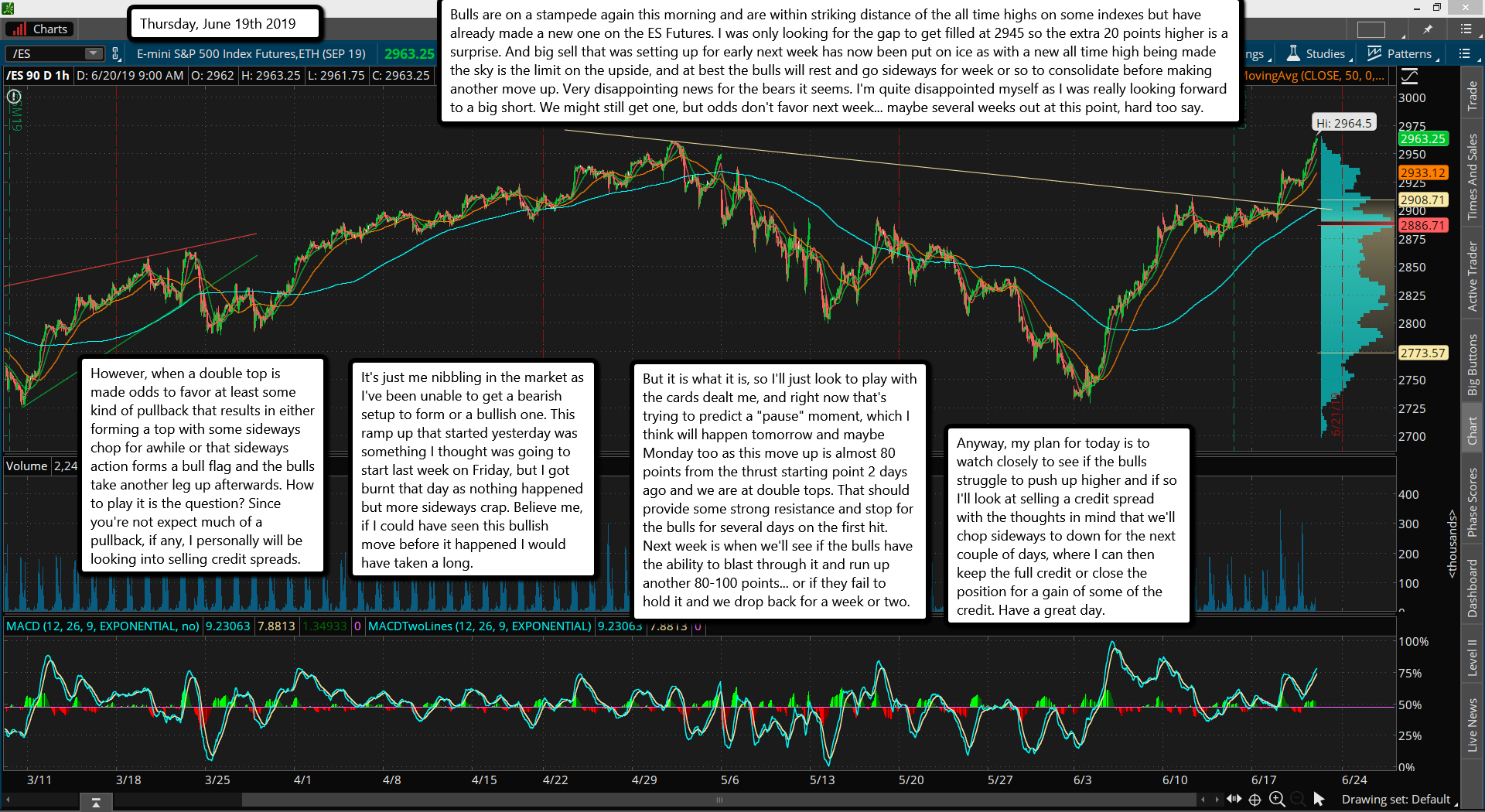 Bulls are on a stampede again this morning and are within striking distance of the all time highs on some indexes but have already made a new one on the ES Futures. I was only looking for the gap to get filled at 2945 so the extra 20 points higher is a surprise. And big sell that was setting up for early next week has now been put on ice as with a new all time high being made the sky is the limit on the upside, and at best the bulls will rest and go sideways for week or so to consolidate before making another move up. Very disappointing news for the bears it seems. I'm quite disappointed myself as I was really looking forward to a big short. We might still get one, but odds don't favor next week... maybe several weeks out at this point, hard too say.

However, when a double top is made odds to favor at least some kind of pullback that results in either forming a top with some sideways chop for awhile or that sideways action forms a bull flag and the bulls take another leg up afterwards. How to play it is the question? Since you're not expect much of a pullback, if any, I personally will be looking into selling credit spreads.

It's just me nibbling in the market as I've been unable to get a bearish setup to form or a bullish one. This ramp up that started yesterday was something I thought was going to start last week on Friday, but I got burnt that day as nothing happened but more sideways crap. Believe me, if I could have seen this bullish move before it happened I would have taken a long.

But it is what it is, so I'll just look to play with the cards dealt me, and right now that's trying to predict a "pause" moment, which I think will happen tomorrow and maybe Monday too as this move up is almost 80 points from the thrust starting point 2 days ago and we are at double tops. That should provide some strong resistance and stop for the bulls for several days on the first hit. Next week is when we'll see if the bulls have the ability to blast through it and run up another 80-100 points... or if they fail to hold it and we drop back for a week or two.

Anyway, my plan for today is to watch closely to see if the bulls struggle to push up higher and if so I'll look at selling a credit spread with the thoughts in mind that we'll chop sideways to down for the next couple of days, where I can then keep the full credit or close the position for a gain of some of the credit. Have a great day.