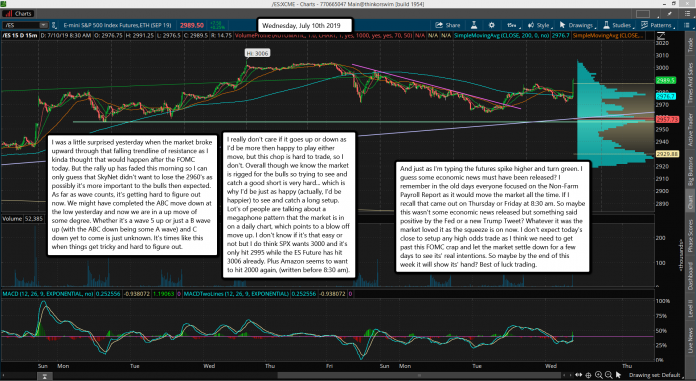 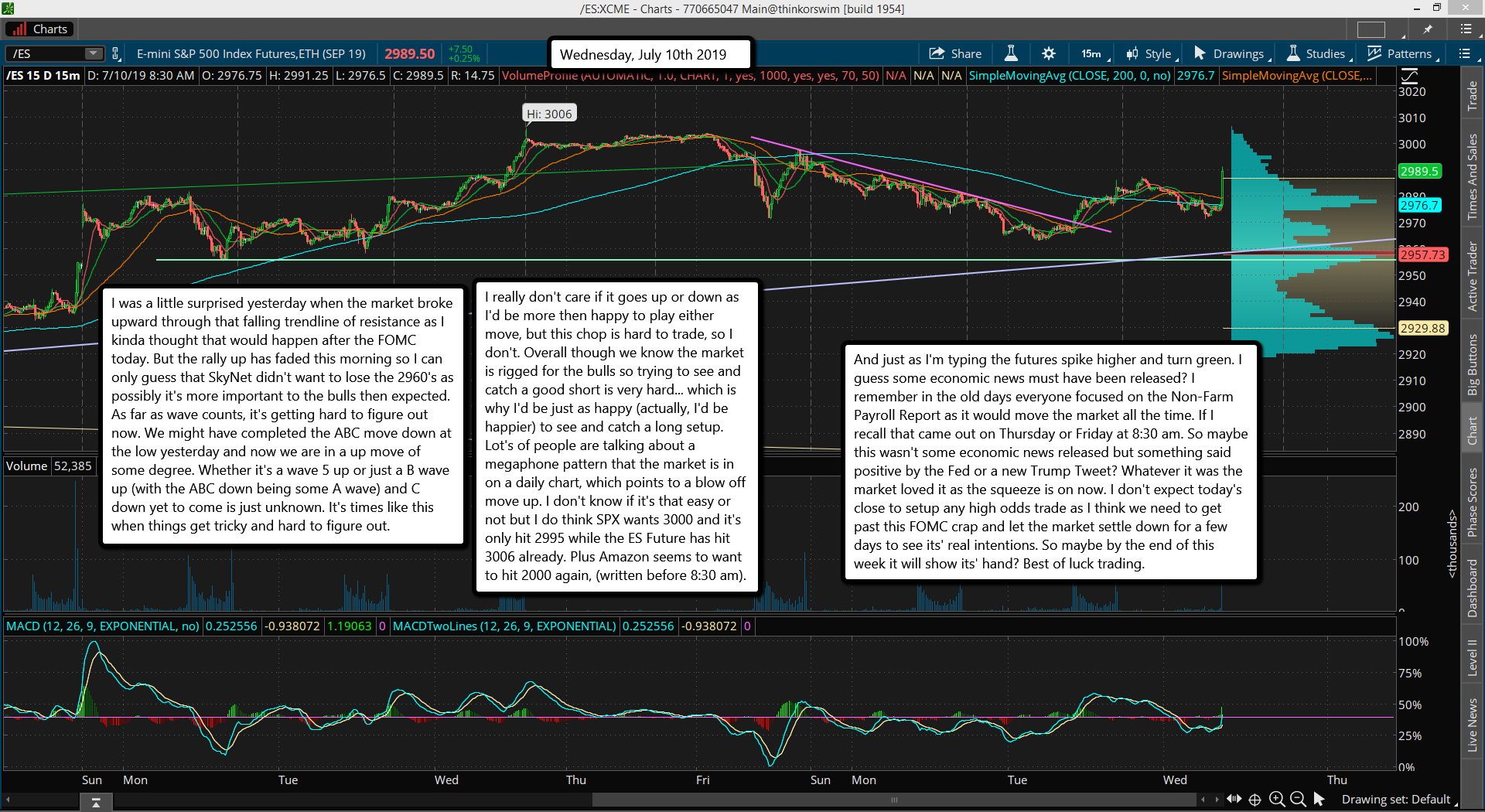 I was a little surprised yesterday when the market broke upward through that falling trendline of resistance as I kinda thought that would happen after the FOMC today. But the rally up has faded this morning so I can only guess that SkyNet didn't want to lose the 2960's as possibly it's more important to the bulls then expected. As far as wave counts, it's getting hard to figure out now. We might have completed the ABC move down at the low yesterday and now we are in a up move of some degree. Whether it's a wave 5 up or just a B wave up (with the ABC down being some A wave) and C down yet to come is just unknown. It's times like this when things get tricky and hard to figure out.

I really don't care if it goes up or down as I'd be more then happy to play either move, but this chop is hard to trade, so I don't. Overall though we know the market is rigged for the bulls so trying to see and catch a good short is very hard... which is why I'd be just as happy (actually, I'd be happier) to see and catch a long setup. Lot's of people are talking about a megaphone pattern that the market is in on a daily chart, which points to a blow off move up. I don't know if it's that easy or not but I do think SPX wants 3000 and it's only hit 2995 while the ES Future has hit 3006 already. Plus Amazon seems to want to hit 2000 again, (written before 8:30 am).

And just as I'm typing the futures spike higher and turn green. I guess some economic news must have been released? I remember in the old days everyone focused on the Non-Farm Payroll Report as it would move the market all the time. If I recall that came out on Thursday or Friday at 8:30 am. So maybe this wasn't some economic news released but something said positive by the Fed or a new Trump Tweet? Whatever it was the market loved it as the squeeze is on now. I don't expect today's close to setup any high odds trade as I think we need to get past this FOMC crap and let the market settle down for a few days to see its' real intentions. So maybe by the end of this week it will show its' hand? Best of luck trading.