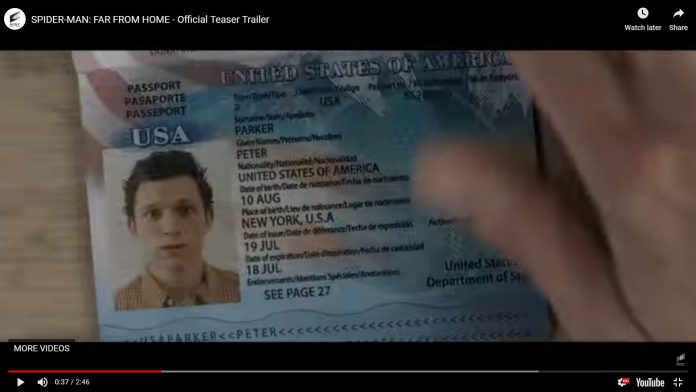 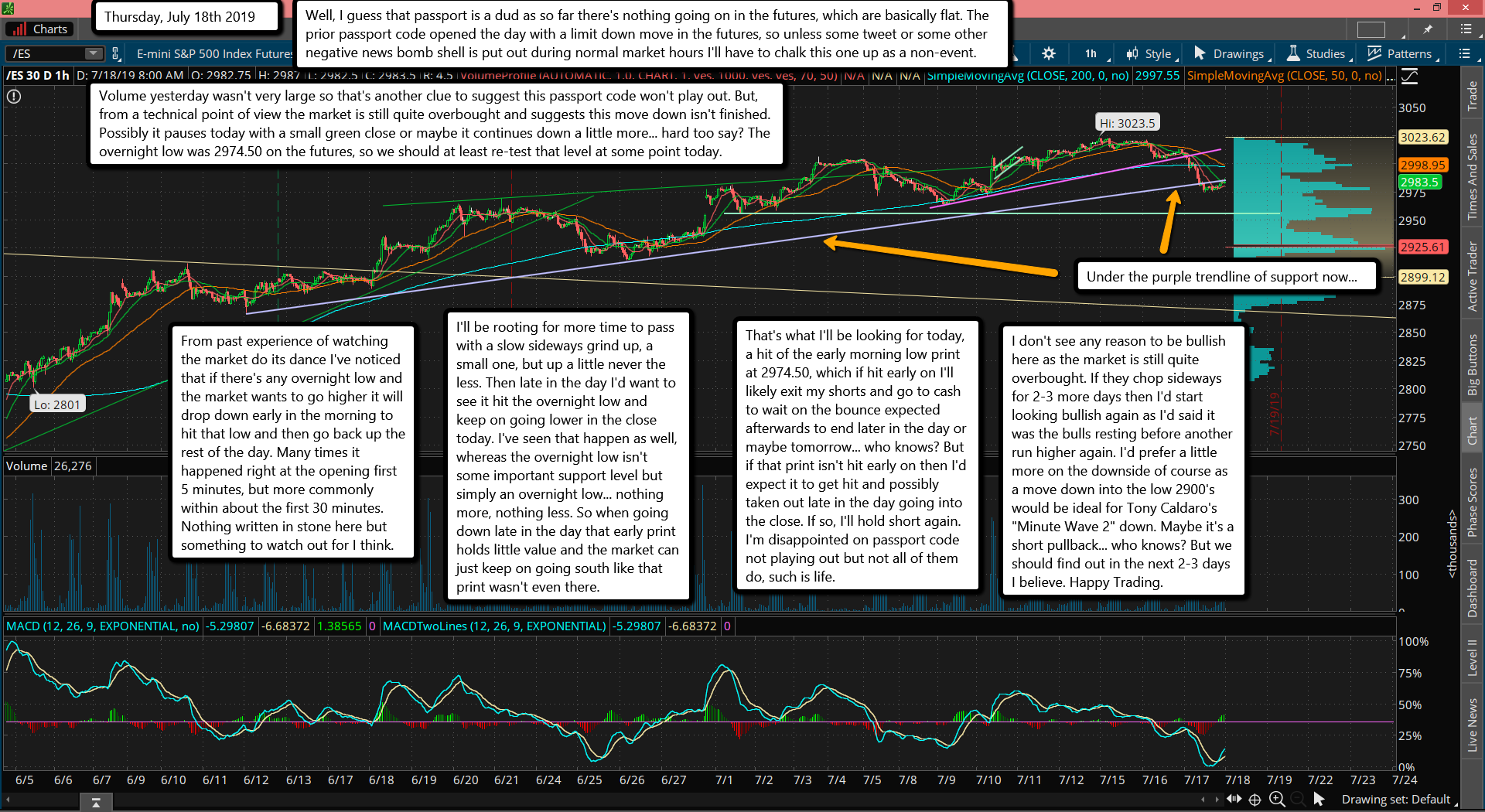 Well, I guess that passport is a dud as so far there's nothing going on in the futures, which are basically flat. The prior passport code opened the day with a limit down move in the futures, so unless some tweet or some other negative news bomb shell is put out during normal market hours I'll have to chalk this one up as a non-event.

Volume yesterday wasn't very large so that's another clue to suggest this passport code won't play out. But, from a technical point of view the market is still quite overbought and suggests this move down isn't finished. Possibly it pauses today with a small green close or maybe it continues down a little more... hard too say? The overnight low was 2974.50 on the futures, so we should at least re-test that level at some point today.

From past experience of watching the market do its dance I've noticed that if there's any overnight low and the market wants to go higher it will drop down early in the morning to hit that low and then go back up the rest of the day. Many times it happened right at the opening first 5 minutes, but more commonly within about the first 30 minutes. Nothing written in stone here but something to watch out for I think.

I'll be rooting for more time to pass with a slow sideways grind up, a small one, but up a little never the less. Then late in the day I'd want to see it hit the overnight low and keep on going lower in the close today. I've seen that happen as well, whereas the overnight low isn't some important support level but simply an overnight low... nothing more, nothing less. So when going down late in the day that early print holds little value and the market can just keep on going south like that print wasn't even there.

That's what I'll be looking for today, a hit of the early morning low print at 2974.50, which if hit early on I'll likely exit my shorts and go to cash to wait on the bounce expected afterwards to end later in the day or maybe tomorrow... who knows? But if that print isn't hit early on then I'd expect it to get hit and possibly taken out late in the day going into the close. If so, I'll hold short again. I'm disappointed on passport code not playing out but not all of them do, such is life.

I don't see any reason to be bullish here as the market is still quite overbought. If they chop sideways for 2-3 more days then I'd start looking bullish again as I'd said it was the bulls resting before another run higher again. I'd prefer a little more on the downside of course as a move down into the low 2900's would be ideal for Tony Caldaro's "Minute Wave 2" down. Maybe it's a short pullback... who knows? But we should find out in the next 2-3 days I believe. Happy Trading.