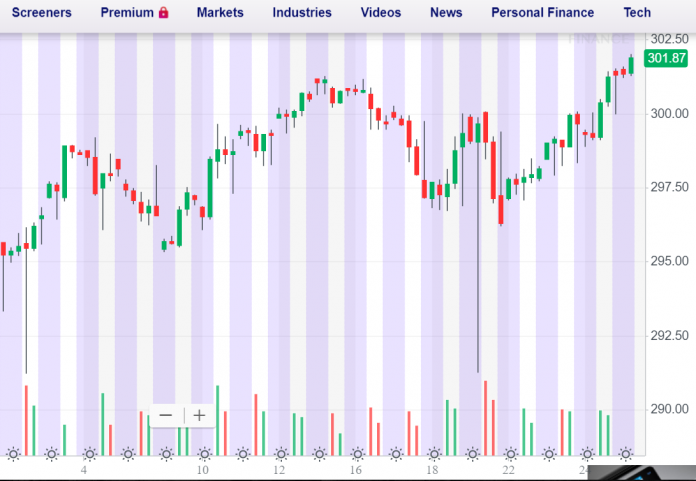 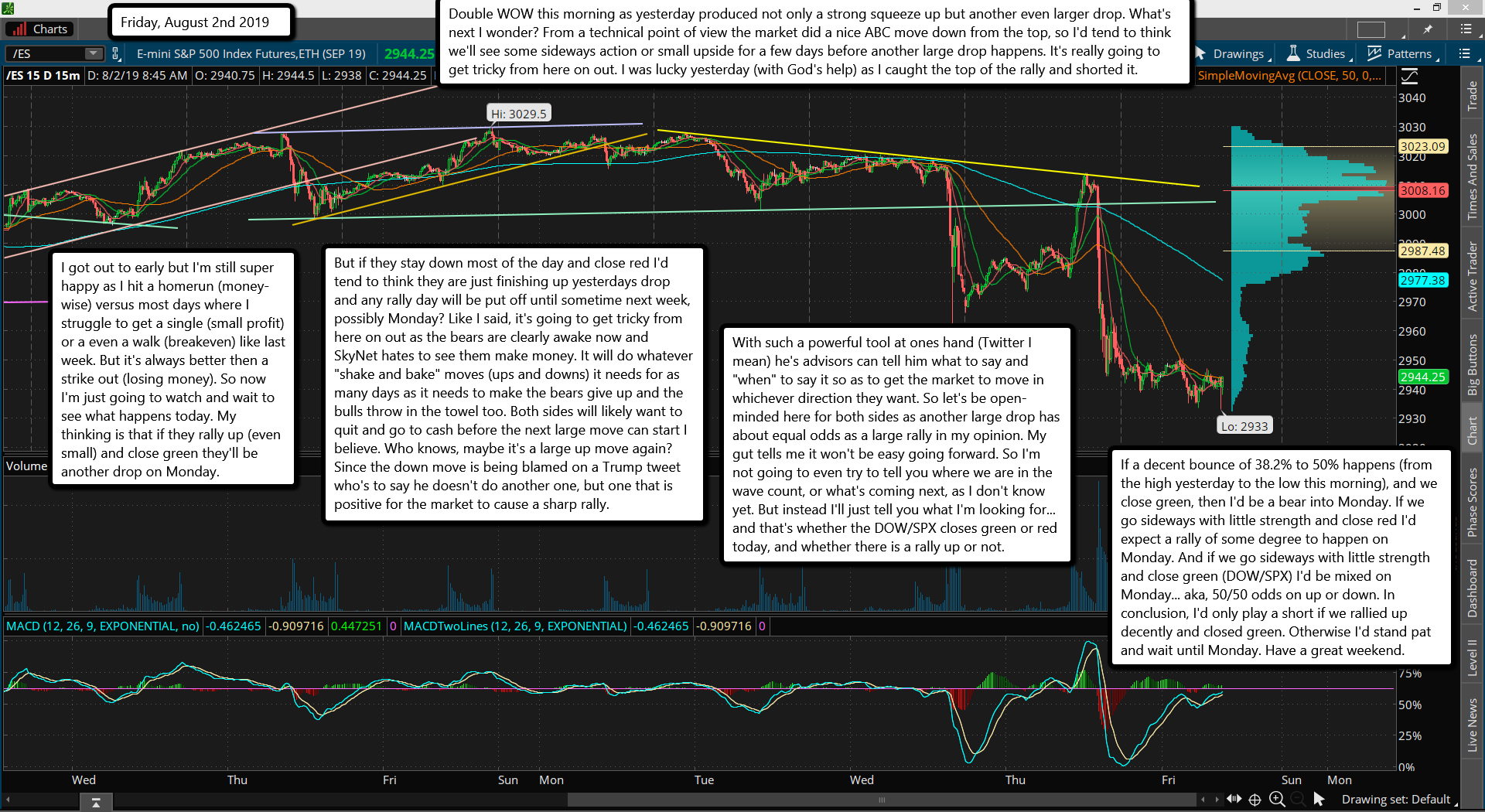 Double WOW this morning as yesterday produced not only a strong squeeze up but another even larger drop. What's next I wonder? From a technical point of view the market did a nice ABC move down from the top, so I'd tend to think we'll see some sideways action or small upside for a few days before another large drop happens. It's really going to get tricky from here on out. I was lucky yesterday (with God's help) as I caught the top of the rally and shorted it.

I got out to early but I'm still super happy as I hit a homerun (money-wise) versus most days where I struggle to get a single (small profit) or a even a walk (breakeven) like last week. But it's always better then a strike out (losing money). So now I'm just going to watch and wait to see what happens today. My thinking is that if they rally up (even small) and close green they'll be another drop on Monday.

But if they stay down most of the day and close red I'd tend to think they are just finishing up yesterdays drop and any rally day will be put off until sometime next week, possibly Monday? Like I said, it's going to get tricky from here on out as the bears are clearly awake now and SkyNet hates to see them make money. It will do whatever "shake and bake" moves (ups and downs) it needs for as many days as it needs to make the bears give up and the bulls throw in the towel too. Both sides will likely want to quit and go to cash before the next large move can start I believe. Who knows, maybe it's a large up move again? Since the down move is being blamed on a Trump tweet who's to say he doesn't do another one, but one that is positive for the market to cause a sharp rally.

With such a powerful tool at ones hand (Twitter I mean) he's advisors can tell him what to say and "when" to say it so as to get the market to move in whichever direction they want. So let's be open-minded here for both sides as another large drop has about equal odds as a large rally in my opinion. My gut tells me it won't be easy going forward. So I'm not going to even try to tell you where we are in the wave count, or what's coming next, as I don't know yet. But instead I'll just tell you what I'm looking for... and that's whether the DOW/SPX closes green or red today, and whether there is a rally up or not.

P.S. We do have a FP on the SPY of 291.22, so let's watch that level on the downside to see if it's hit as that could be the bottom of this move before a decent rally starts.

P.S.S.  You remember last year at the low around Christmas Trump tweeted that the stock market looks like a great buy here, and up it went right afterwards.  Well, does the words "BIG RALLY" and "Our Country is doing GREAT!" have any hidden message in them?

BIG RALLY tonight in Cincinnati, Ohio. See you there! P.S. Our Country is doing GREAT!

Keep in mind that I do not think the all time high for this year is "put in" yet, so let's again NOT be super bearish, or bullish at this current time.  Just be open to both another large drop as possible or another large rally.