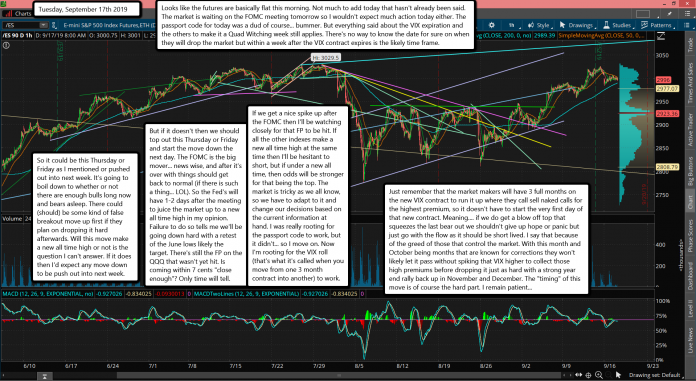 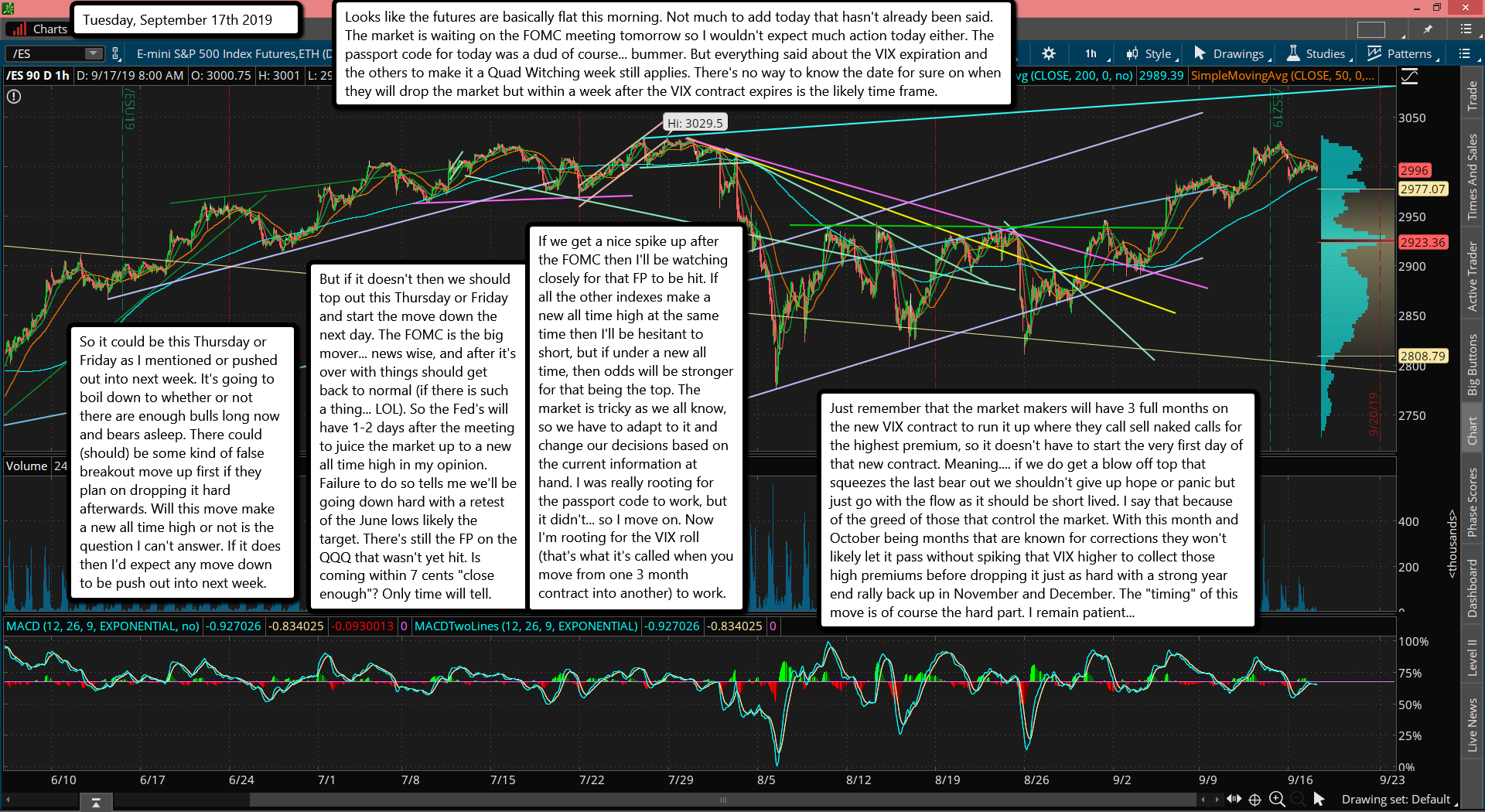 Looks like the futures are basically flat this morning. Not much to add today that hasn't already been said. The market is waiting on the FOMC meeting tomorrow so I wouldn't expect much action today either. The passport code for today was a dud of course... bummer. But everything said about the VIX expiration and the others to make it a Quad Witching week still applies. There's no way to know the date for sure on when they will drop the market but within a week after the VIX contract expires is the likely time frame.

So it could be this Thursday or Friday as I mentioned or pushed out into next week. It's going to boil down to whether or not there are enough bulls long now and bears asleep. There could (should) be some kind of false breakout move up first if they plan on dropping it hard afterwards. Will this move make a new all time high or not is the question I can't answer. If it does then I'd expect any move down to be push out into next week.

But if it doesn't then we should top out this Thursday or Friday and start the move down the next day. The FOMC is the big mover... news wise, and after it's over with things should get back to normal (if there is such a thing... LOL). So the Fed's will have 1-2 days after the meeting to juice the market up to a new all time high in my opinion. Failure to do so tells me we'll be going down hard with a retest of the June lows likely the target. There's still the FP on the QQQ that wasn't yet hit. Is coming within 7 cents "close enough"? Only time will tell.

If we get a nice spike up after the FOMC then I'll be watching closely for that FP to be hit. If all the other indexes make a new all time high at the same time then I'll be hesitant to short, but if under a new all time, then odds will be stronger for that being the top. The market is tricky as we all know, so we have to adapt to it and change our decisions based on the current information at hand. I was really rooting for the passport code to work, but it didn't... so I move on. Now I'm rooting for the VIX roll (that's what it's called when you move from one 3 month contract into another) to work.

Just remember that the market makers will have 3 full months on the new VIX contract to run it up where they call sell naked calls for the highest premium, so it doesn't have to start the very first day of that new contract. Meaning.... if we do get a blow off top that squeezes the last bear out we shouldn't give up hope or panic but just go with the flow as it should be short lived. I say that because of the greed of those that control the market. With this month and October being months that are known for corrections they won't likely let it pass without spiking that VIX higher to collect those high premiums before dropping it just as hard with a strong year end rally back up in November and December. The "timing" of this move is of course the hard part. I remain patient... 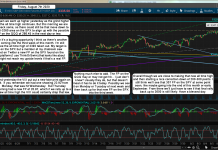 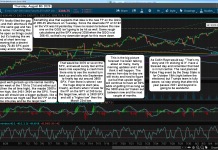 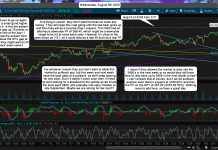