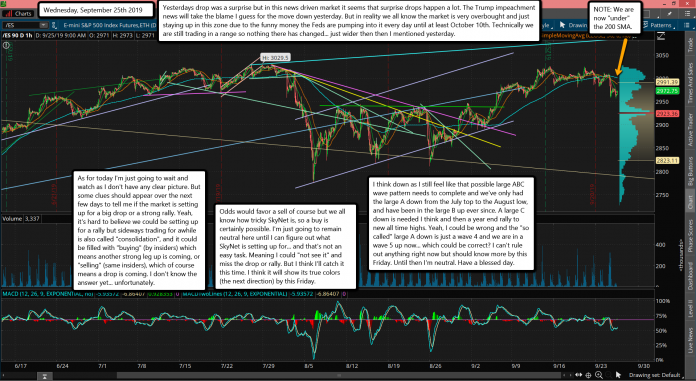 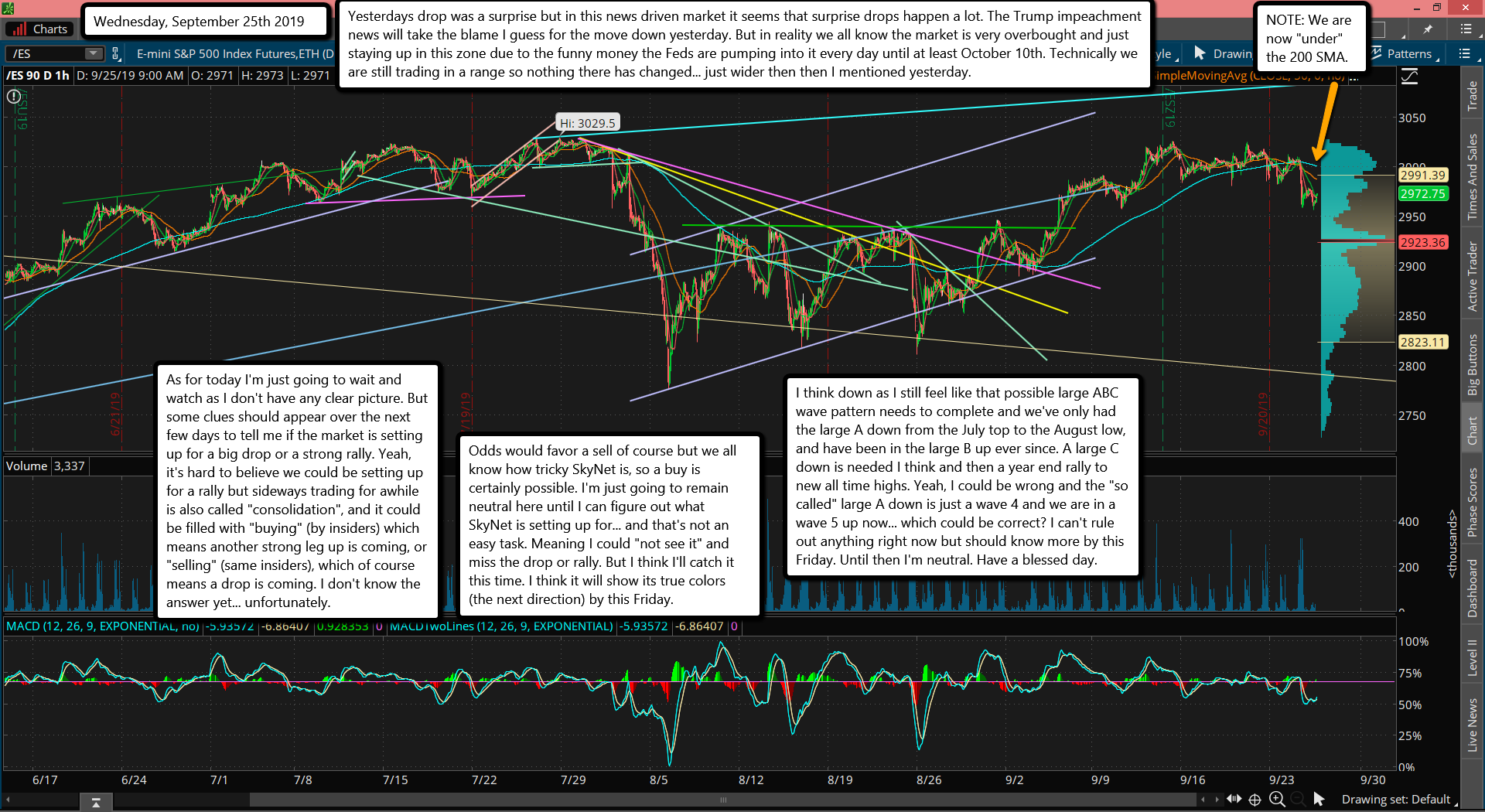 Yesterdays drop was a surprise but in this news driven market it seems that surprise drops happen a lot. The Trump impeachment news will take the blame I guess for the move down yesterday. But in reality we all know the market is very overbought and just staying up in this zone due to the funny money the Feds are pumping into it every day until at least October 10th. Technically we are still trading in a range so nothing there has changed... just wider then then I mentioned yesterday.

As for today I'm just going to wait and watch as I don't have any clear picture. But some clues should appear over the next few days to tell me if the market is setting up for a big drop or a strong rally. Yeah, it's hard to believe we could be setting up for a rally but sideways trading for awhile is also called "consolidation", and it could be filled with "buying" (by insiders) which means another strong leg up is coming, or "selling" (same insiders), which of course means a drop is coming. I don't know the answer yet... unfortunately.

Odds would favor a sell of course but we all know how tricky SkyNet is, so a buy is certainly possible. I'm just going to remain neutral here until I can figure out what SkyNet is setting up for... and that's not an easy task. Meaning I could "not see it" and miss the drop or rally. But I think I'll catch it this time. I think it will show its true colors (the next direction) by this Friday.

I think down as I still feel like that possible large ABC wave pattern needs to complete and we've only had the large A down from the July top to the August low, and have been in the large B up ever since. A large C down is needed I think and then a year end rally to new all time highs. Yeah, I could be wrong and the "so called" large A down is just a wave 4 and we are in a wave 5 up now... which could be correct? I can't rule out anything right now but should know more by this Friday. Until then I'm neutral. Have a blessed day.