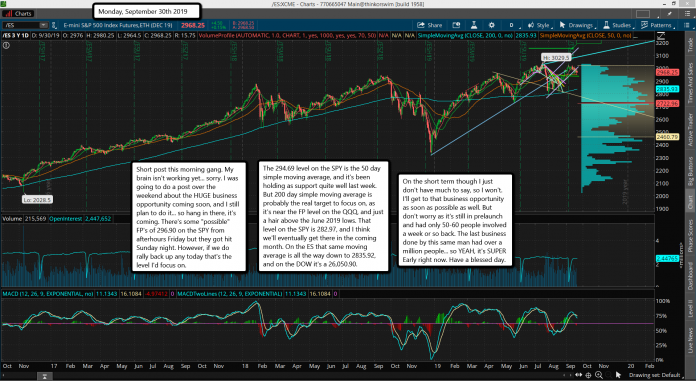 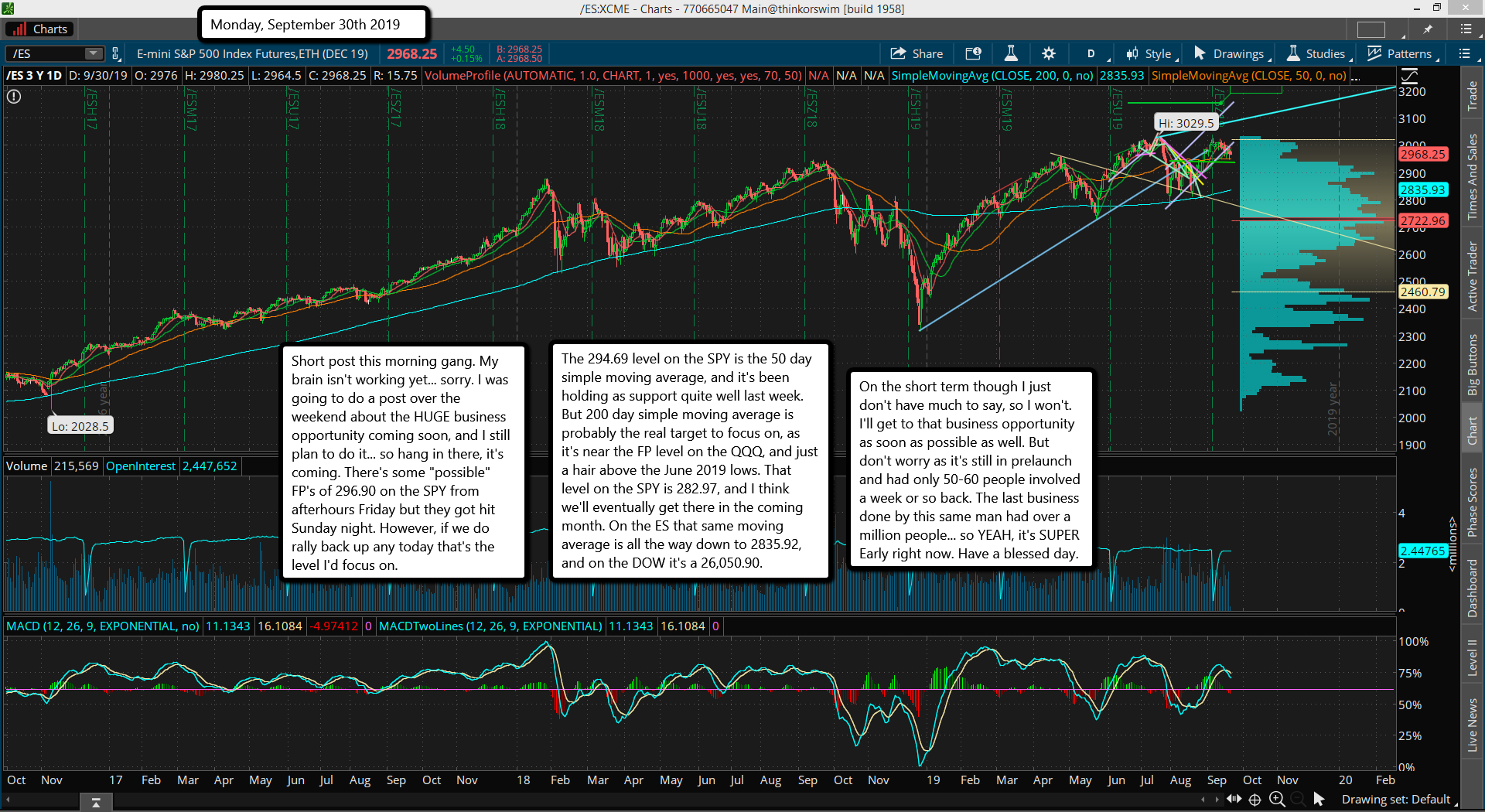 Short post this morning gang. My brain isn't working yet... sorry. I was going to do a post over the weekend about the HUGE business opportunity coming soon, and I still plan to do it... so hang in there, it's coming. There's some "possible" FP's of 296.90 on the SPY from afterhours Friday but they got hit Sunday night. However, if we do rally back up any today that's the level I'd focus on.

On the short term though I just don't have much to say, so I won't. I'll get to that business opportunity as soon as possible as well. But don't worry as it's still in prelaunch and had only 50-60 people involved a week or so back. The last business done by this same man had over a million people... so YEAH, it's SUPER Early right now. Have a blessed day.