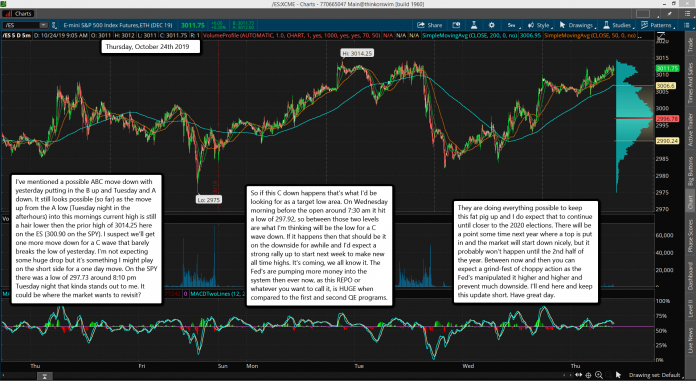 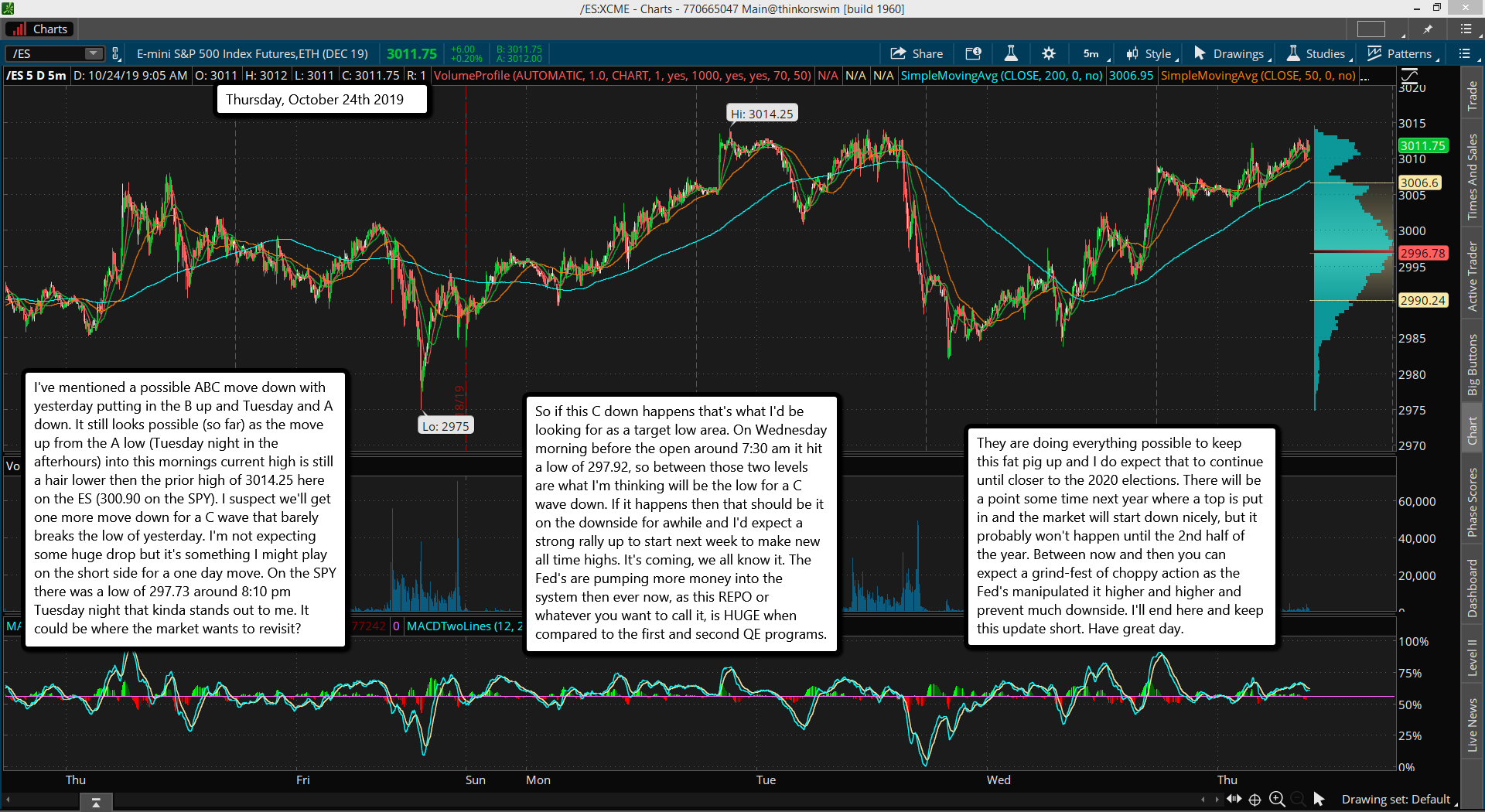 I've mentioned a possible ABC move down with yesterday putting in the B up and Tuesday and A down. It still looks possible (so far) as the move up from the A low (Tuesday night in the afterhours) into this mornings current high is still a hair lower then the prior high of 3014.25 here on the ES (300.90 on the SPY). I suspect we'll get one more move down for a C wave that barely breaks the low of yesterday. I'm not expecting some huge drop but it's something I might play on the short side for a one day move. On the SPY there was a low of 297.73 around 8:10 pm Tuesday night that kinda stands out to me. It could be where the market wants to revisit?

So if this C down happens that's what I'd be looking for as a target low area. On Wednesday morning before the open around 7:30 am it hit a low of 297.92, so between those two levels are what I'm thinking will be the low for a C wave down. If it happens then that should be it on the downside for awhile and I'd expect a strong rally up to start next week to make new all time highs. It's coming, we all know it. The Fed's are pumping more money into the system then ever now, as this REPO or whatever you want to call it, is HUGE when compared to the first and second QE programs.

They are doing everything possible to keep this fat pig up and I do expect that to continue until closer to the 2020 elections. There will be a point some time next year where a top is put in and the market will start down nicely, but it probably won't happen until the 2nd half of the year. Between now and then you can expect a grind-fest of choppy action as the Fed's manipulated it higher and higher and prevent much downside. I'll end here and keep this update short. Have great day.