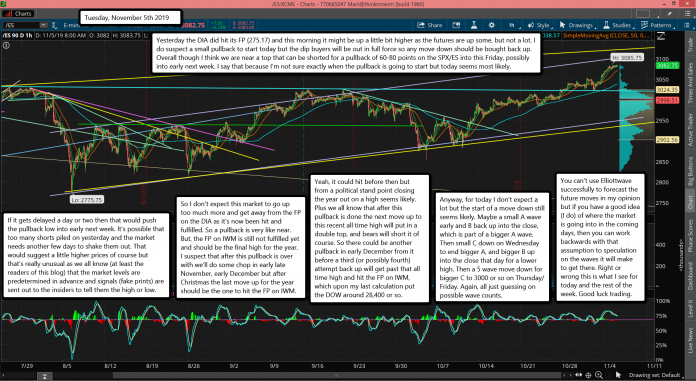 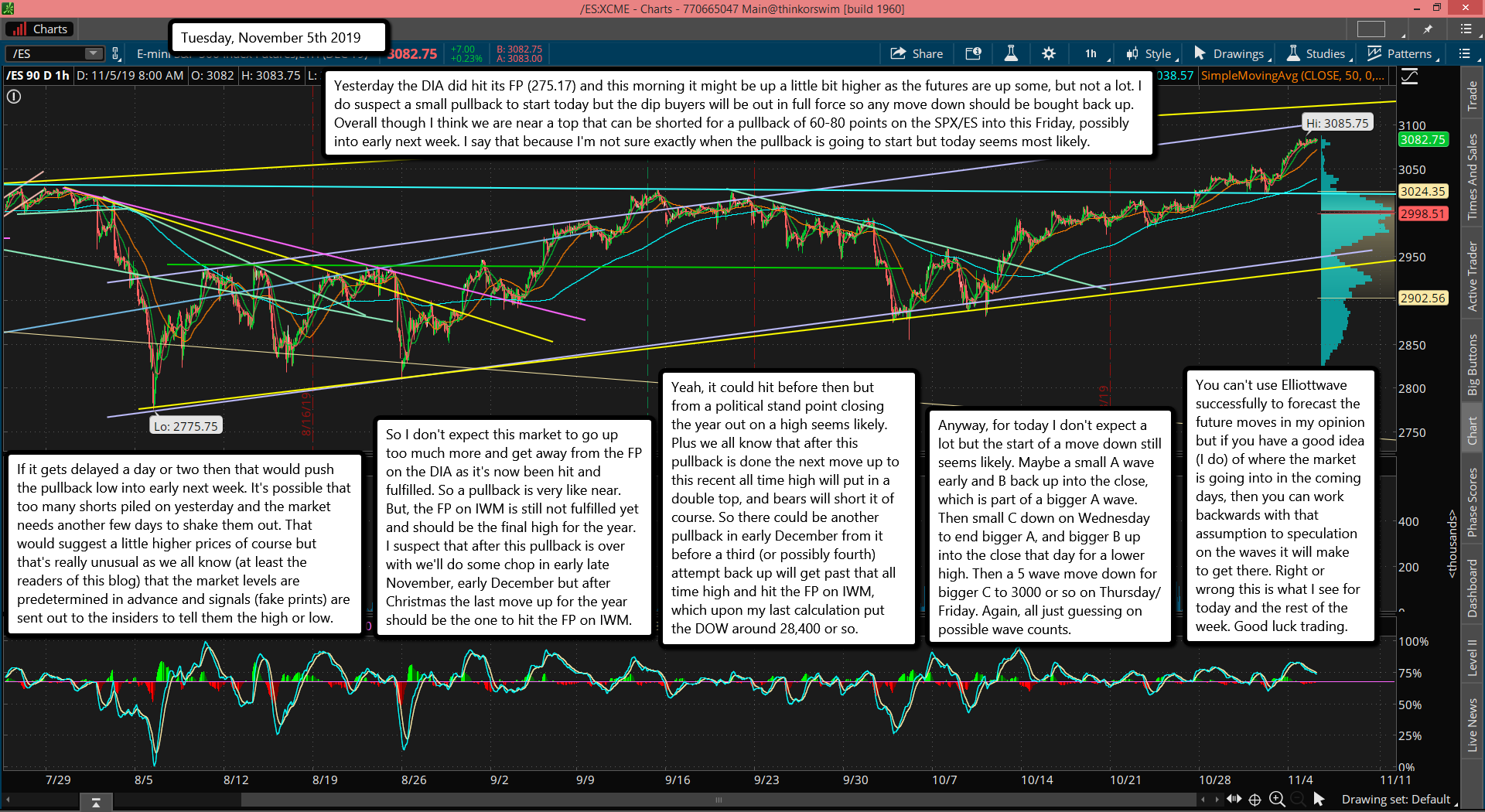 Yesterday the DIA did hit its FP (275.17) and this morning it might be up a little bit higher as the futures are up some, but not a lot. I do suspect a small pullback to start today but the dip buyers will be out in full force so any move down should be bought back up. Overall though I think we are near a top that can be shorted for a pullback of 60-80 points on the SPX/ES into this Friday, possibly into early next week. I say that because I'm not sure exactly when the pullback is going to start but today seems most likely.

If it gets delayed a day or two then that would push the pullback low into early next week. It's possible that too many shorts piled on yesterday and the market needs another few days to shake them out. That would suggest a little higher prices of course but that's really unusual as we all know (at least the readers of this blog) that the market levels are predetermined in advance and signals (fake prints) are sent out to the insiders to tell them the high or low.

So I don't expect this market to go up too much more and get away from the FP on the DIA as it's now been hit and fulfilled. So a pullback is very like near. But, the FP on IWM is still not fulfilled yet and should be the final high for the year. I suspect that after this pullback is over with we'll do some chop in early late November, early December but after Christmas the last move up for the year should be the one to hit the FP on IWM.

Yeah, it could hit before then but from a political stand point closing the year out on a high seems likely. Plus we all know that after this pullback is done the next move up to this recent all time high will put in a double top, and bears will short it of course. So there could be another pullback in early December from it before a third (or possibly fourth) attempt back up will get past that all time high and hit the FP on IWM, which upon my last calculation put the DOW around 28,400 or so.

Anyway, for today I don't expect a lot but the start of a move down still seems likely. Maybe a small A wave early and B back up into the close, which is part of a bigger A wave. Then small C down on Wednesday to end bigger A, and bigger B up into the close that day for a lower high. Then a 5 wave move down for bigger C to 3000 or so on Thursday/Friday. Again, all just guessing on possible wave counts.

You can't use Elliottwave successfully to forecast the future moves in my opinion but if you have a good idea (I do) of where the market is going into in the coming days, then you can work backwards with that assumption to speculation on the waves it will make to get there. Right or wrong this is what I see for today and the rest of the week. Good luck trading.