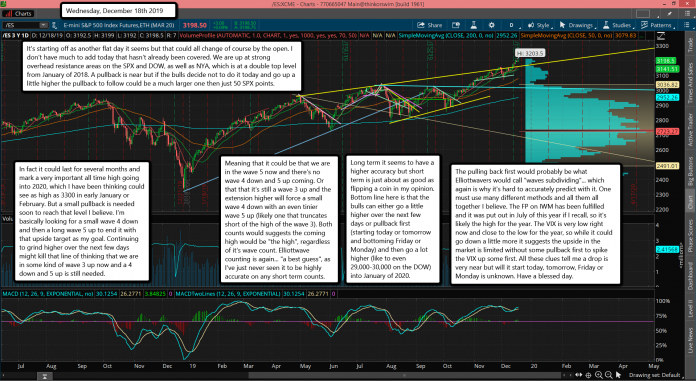 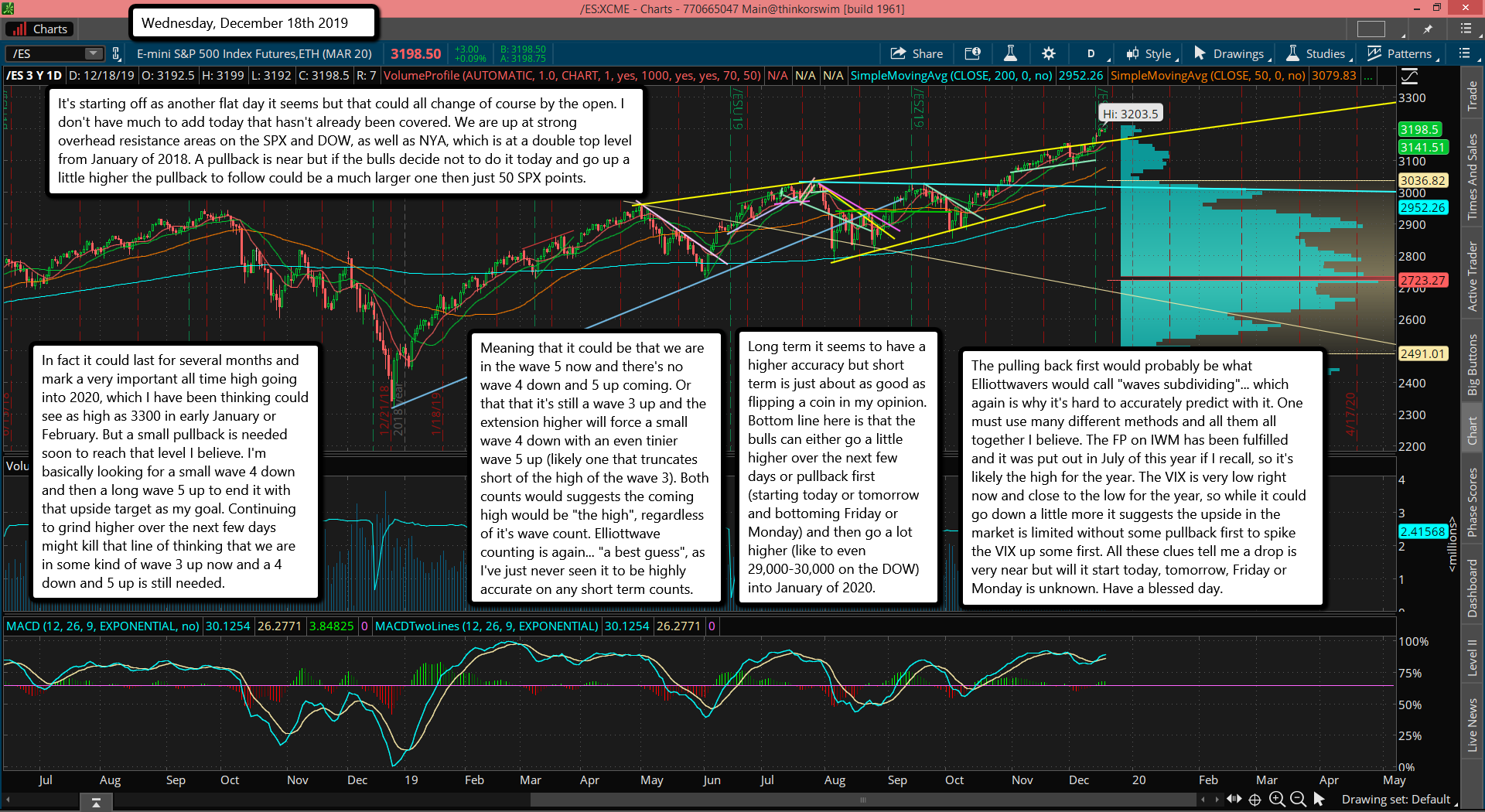 It's starting off as another flat day it seems but that could all change of course by the open. I don't have much to add today that hasn't already been covered. We are up at strong overhead resistance areas on the SPX and DOW, as well as NYA, which is at a double top level from January of 2018. A pullback is near but if the bulls decide not to do it today and go up a little higher the pullback to follow could be a much larger one then just 50 SPX points.

In fact it could last for several months and mark a very important all time high going into 2020, which I have been thinking could see as high as 3300 in early January or February. But a small pullback is needed soon to reach that level I believe. I'm basically looking for a small wave 4 down and then a long wave 5 up to end it with that upside target as my goal. Continuing to grind higher over the next few days might kill that line of thinking that we are in some kind of wave 3 up now and a 4 down and 5 up is still needed.

Meaning that it could be that we are in the wave 5 now and there's no wave 4 down and 5 up coming. Or that that it's still a wave 3 up and the extension higher will force a small wave 4 down with an even tinier wave 5 up (likely one that truncates short of the high of the wave 3). Both counts would suggests the coming high would be "the high", regardless of it's wave count. Elliottwave counting is again... "a best guess", as I've just never seen it to be highly accurate on any short term counts.

Long term it seems to have a higher accuracy but short term is just about as good as flipping a coin in my opinion. Bottom line here is that the bulls can either go a little higher over the next few days or pullback first (starting today or tomorrow and bottoming Friday or Monday) and then go a lot higher (like to even 29,000-30,000 on the DOW) into January of 2020.

The pulling back first would probably be what Elliottwavers would call "waves subdividing"... which again is why it's hard to accurately predict with it. One must use many different methods and all them all together I believe. The FP on IWM has been fulfilled and it was put out in July of this year if I recall, so it's likely the high for the year. The VIX is very low right now and close to the low for the year, so while it could go down a little more it suggests the upside in the market is limited without some pullback first to spike the VIX up some first. All these clues tell me a drop is very near but will it start today, tomorrow, Friday or Monday is unknown. Have a blessed day.