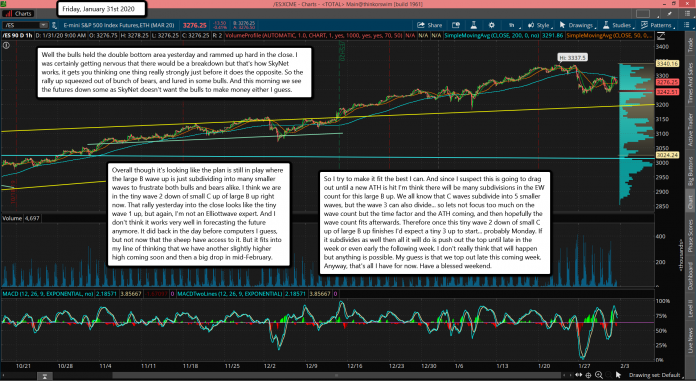 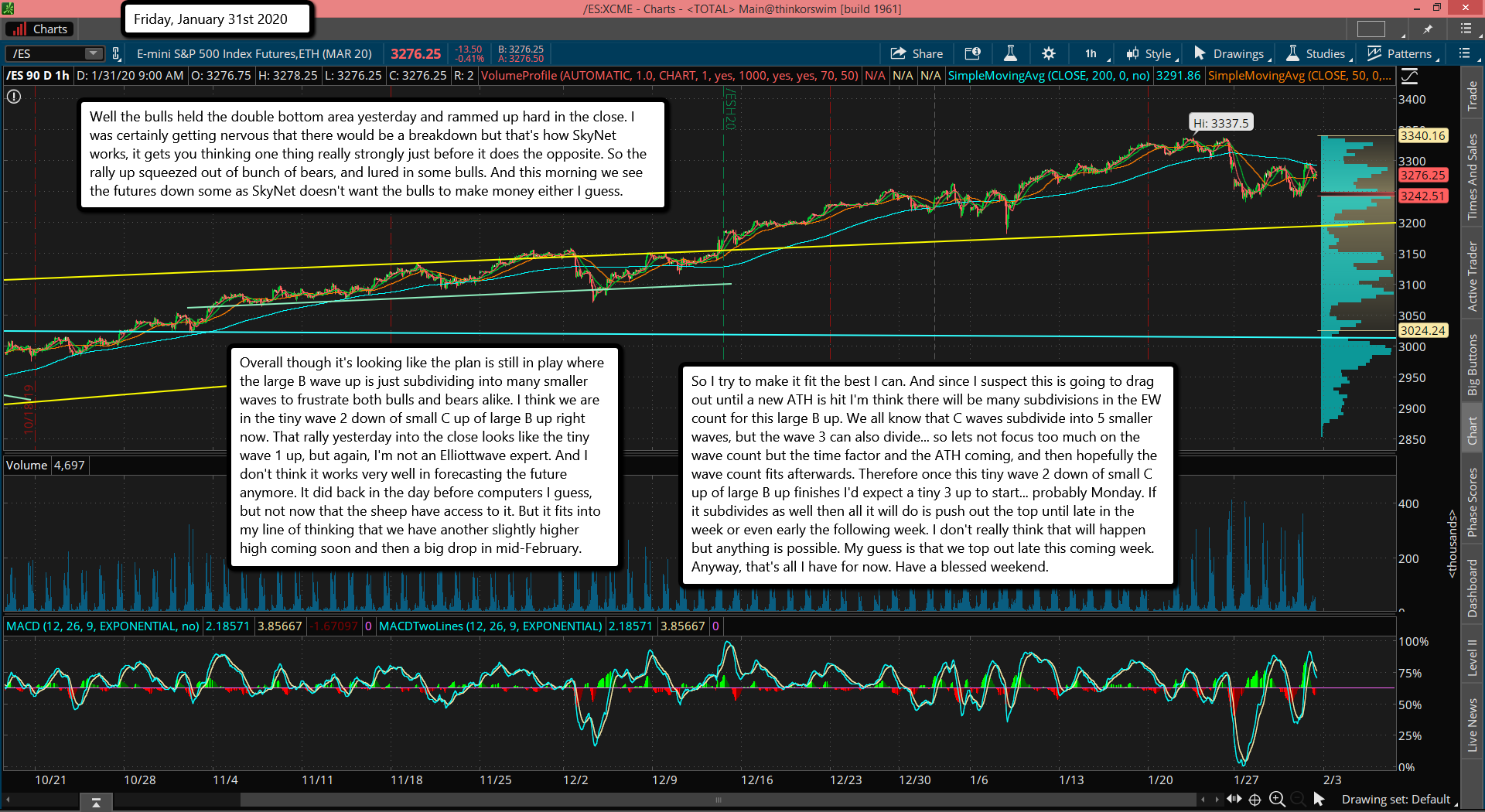 Well the bulls held the double bottom area yesterday and rammed up hard in the close. I was certainly getting nervous that there would be a breakdown but that's how SkyNet works, it gets you thinking one thing really strongly just before it does the opposite. So the rally up squeezed out of bunch of bears, and lured in some bulls. And this morning we see the futures down some as SkyNet doesn't want the bulls to make money either I guess.

Overall though it's looking like the plan is still in play where the large B wave up is just subdividing into many smaller waves to frustrate both bulls and bears alike. I think we are in the tiny wave 2 down of small C up of large B up right now. That rally yesterday into the close looks like the tiny wave 1 up, but again, I'm not an Elliottwave expert. And I don't think it works very well in forecasting the future anymore. It did back in the day before computers I guess, but not now that the sheep have access to it. But it fits into my line of thinking that we have another slightly higher high coming soon and then a big drop in mid-February.

So I try to make it fit the best I can. And since I suspect this is going to drag out until a new ATH is hit I'm think there will be many subdivisions in the EW count for this large B up. We all know that C waves subdivide into 5 smaller waves, but the wave 3 can also divide... so lets not focus too much on the wave count but the time factor and the ATH coming, and then hopefully the wave count fits afterwards. Therefore once this tiny wave 2 down of small C up of large B up finishes I'd expect a tiny 3 up to start... probably Monday. If it subdivides as well then all it will do is push out the top until late in the week or even early the following week. I don't really think that will happen but anything is possible. My guess is that we top out late this coming week. Anyway, that's all I have for now. Have a blessed weekend.