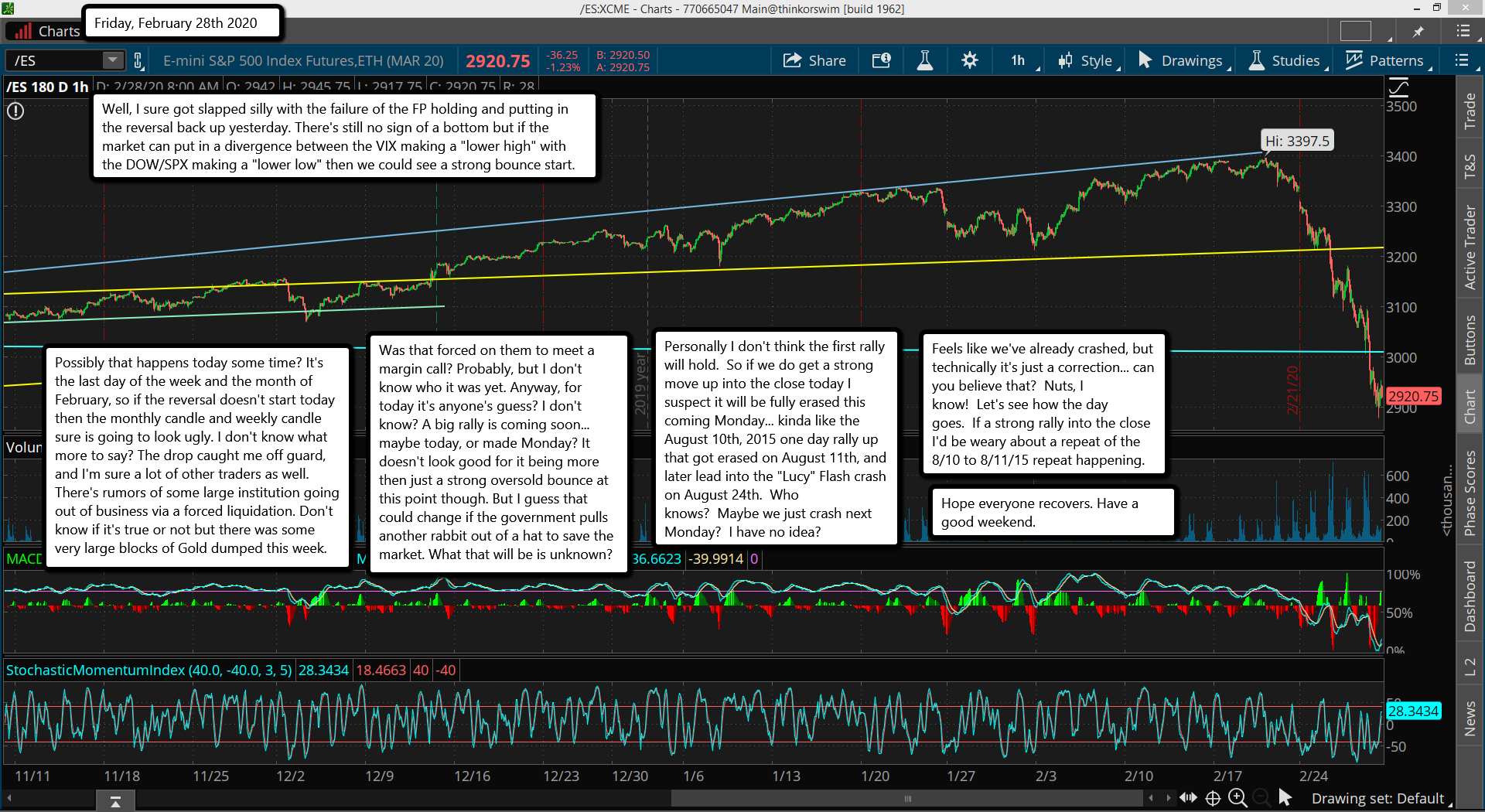 Well, I sure got slapped silly with the failure of the FP holding and putting in the reversal back up yesterday. There's still no sign of a bottom but if the market can put in a divergence between the VIX making a "lower high" with the DOW/SPX making a "lower low" then we could see a strong bounce start.

Possibly that happens today some time? It's the last day of the week and the month of February, so if the reversal doesn't start today then the monthly candle and weekly candle sure is going to look ugly. I don't know what more to say? The drop caught me off guard, and I'm sure a lot of other traders as well. There's rumors of some large institution going out of business via a forced liquidation. Don't know if it's true or not but there was some very large blocks of Gold dumped this week.

Was that forced on them to meet a margin call? Probably, but I don't know who it was yet. Anyway, for today it's anyone's guess? I don't know? A big rally is coming soon... maybe today, or made Monday? It doesn't look good for it being more then just a strong oversold bounce at this point though. But I guess that could change if the government pulls another rabbit out of a hat to save the market. What that will be is unknown?

Here are some video's to watch that might help?

Personally I don't think the first rally will hold.  So if we do get a strong move up into the close today I suspect it will be fully erased this coming Monday... kinda like the August 10th, 2015 one day rally up that got erased on August 11th, and later lead into the "Lucy" Flash crash on August 24th.  Who knows?  Maybe we just crash next Monday?  I have no idea?

Feels like we've already crashed, but technically it's just a correction... can you believe that?  Nuts, I know!  Let's see how the day goes.  If a strong rally into the close I'd be weary about a repeat of the 8/10 to 8/11/15 repeat happening.

Hope everyone recovers. Have a good weekend.