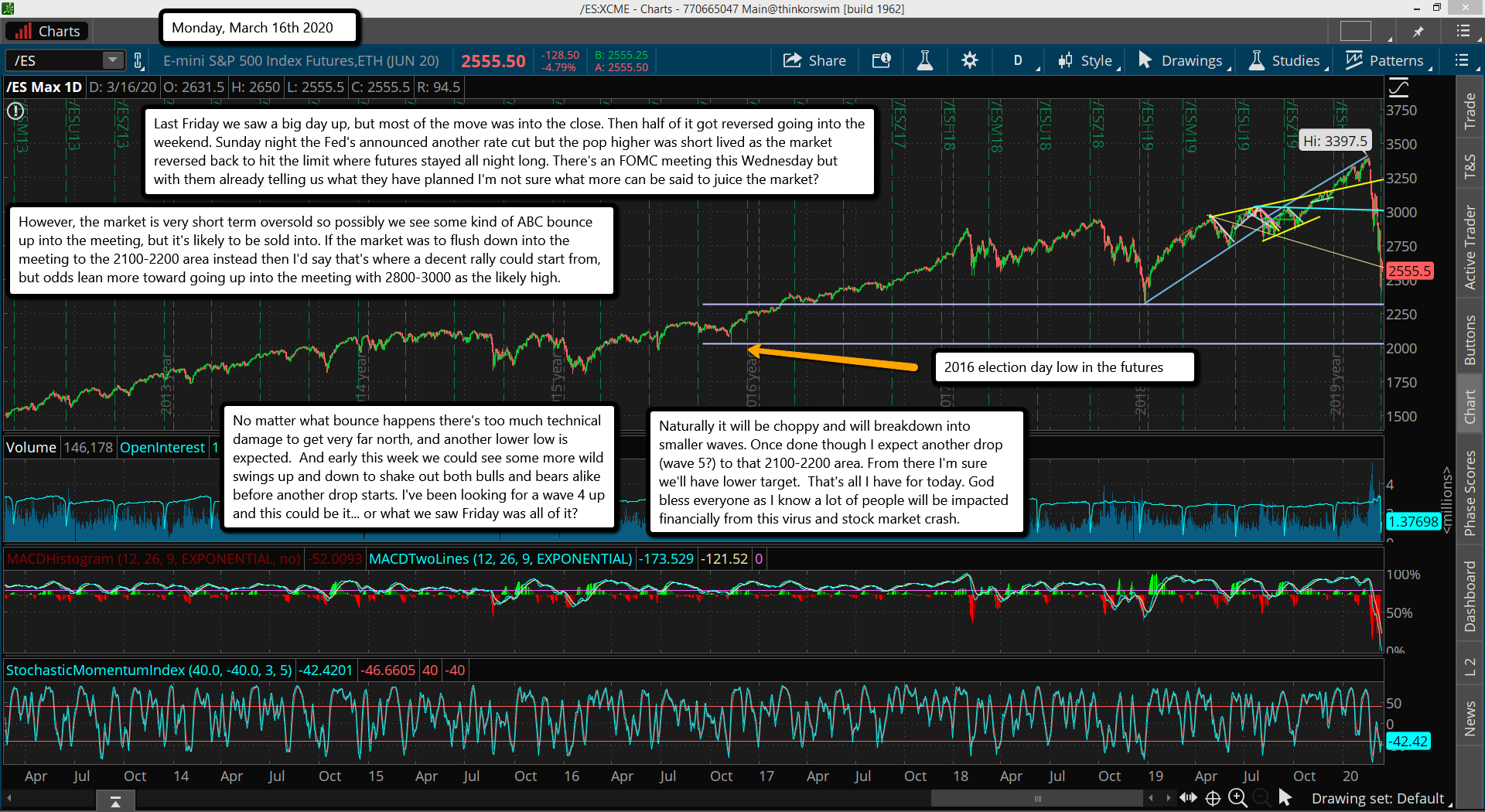 Last Friday we saw a big day up, but most of the move was into the close. Then half of it got reversed going into the weekend. Sunday night the Fed's announced another rate cut but the pop higher was short lived as the market reversed back to hit the limit where futures stayed all night long. There's an FOMC meeting this Wednesday but with them already telling us what they have planned I'm not sure what more can be said to juice the market?

No matter what bounce happens there's too much technical damage to get very far north, and another lower low is expected.  And early this week we could see some more wild swings up and down to shake out both bulls and bears alike before another drop starts. I've been looking for a wave 4 up and this could be it... or what we saw Friday was all of it?

Naturally it will be choppy and will breakdown into smaller waves. Once done though I expect another drop (wave 5?) to that 2100-2200 area. From there I'm sure we'll have lower target.  That's all I have for today. God bless everyone as I know a lot of people will be impacted financially from this virus and stock market crash.