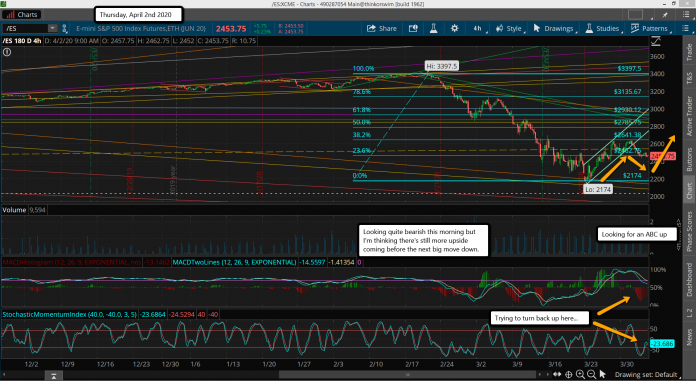 Time is running out for the bulls. The upside area of 2800 on the SPX should be hit by this Friday or else odds go down greatly of it happening as we go into next week I believe.

Why? Because the most historic rescue of abused children by the satanist deep state is about to start on Saturday, April 4th 2020 and will last for 10 days... which is certainly going to affect the stock market.

So I do plan to be short before this week ends going into the April 17th expiration as I think another huge drop is coming.  This event is going to shock the world I'm sure and certainly rock the stock market.

The 2800 forecast zone lines up with a medium C wave up to end a large B wave up.  I don't know if it will play out or not but I'm rooting for it.  I'm including Peter Eliades video here for you to see his upside projections, which line up with this ABC I'm thinking will play out. I'm also listing the latest video from the X22report which explains the event that is about to take place.

It's a MUST WATCH!

It will affect the stock market, you can count on it. Mass arrests of these deep state cabal satanist members by our military is going to wake the sheep up to all the abuse and satanic rituals these people have been doing to children for unknown decades.

I remember one video I watched some months back that said they believe there are as many as a 100 or more underground locations where these sick pedophiles keep children naked and in horse stalls until they do whatever they want to them (don't want to get too graphic here, but it's sick).

The Red Cross Navy ships are there to rescue these children from these underground locations. You can bet that Jeffrey Epstein spilled his guts and told Trumps team where the other locations where (before he died, or not?).

This will be a Historic Event of Biblical size... meaning Jesus could very well be coming back sooner then most believe.

I know I started this blog out about the stock market some 11 years ago, but once I discovered that it was rigged and that the elite would signal each other with what I called "Fake Prints" I knew that technical analysis was for the sheep and only worked some of the time.  I knew there was more under the table (so to speak) that wasn't used by anyone but those insiders to get the real targets and direction of the stock market.

This is why I cover things that you might not think is stock market related, but in may cases they are indeed "related".  Anyone that follows this blog regularly knows that it was the inverted yield curve that started the first crash wave down in this market, and not the Corona Virus.  It was just the spark and excuse to blame it on.

And you all know that over the years I've gotten many FP's that were put out (for the insiders) months in advance that told them they top or bottom of the market.  I didn't get one for this current all time high but a lot of Hollywood elites certainly knew to sell everything before the top, so some kind of coded messaged was sent out.  I won't go back over the FP subject again, other then to just point out that the market is indeed "rigged" and planned years in advance. 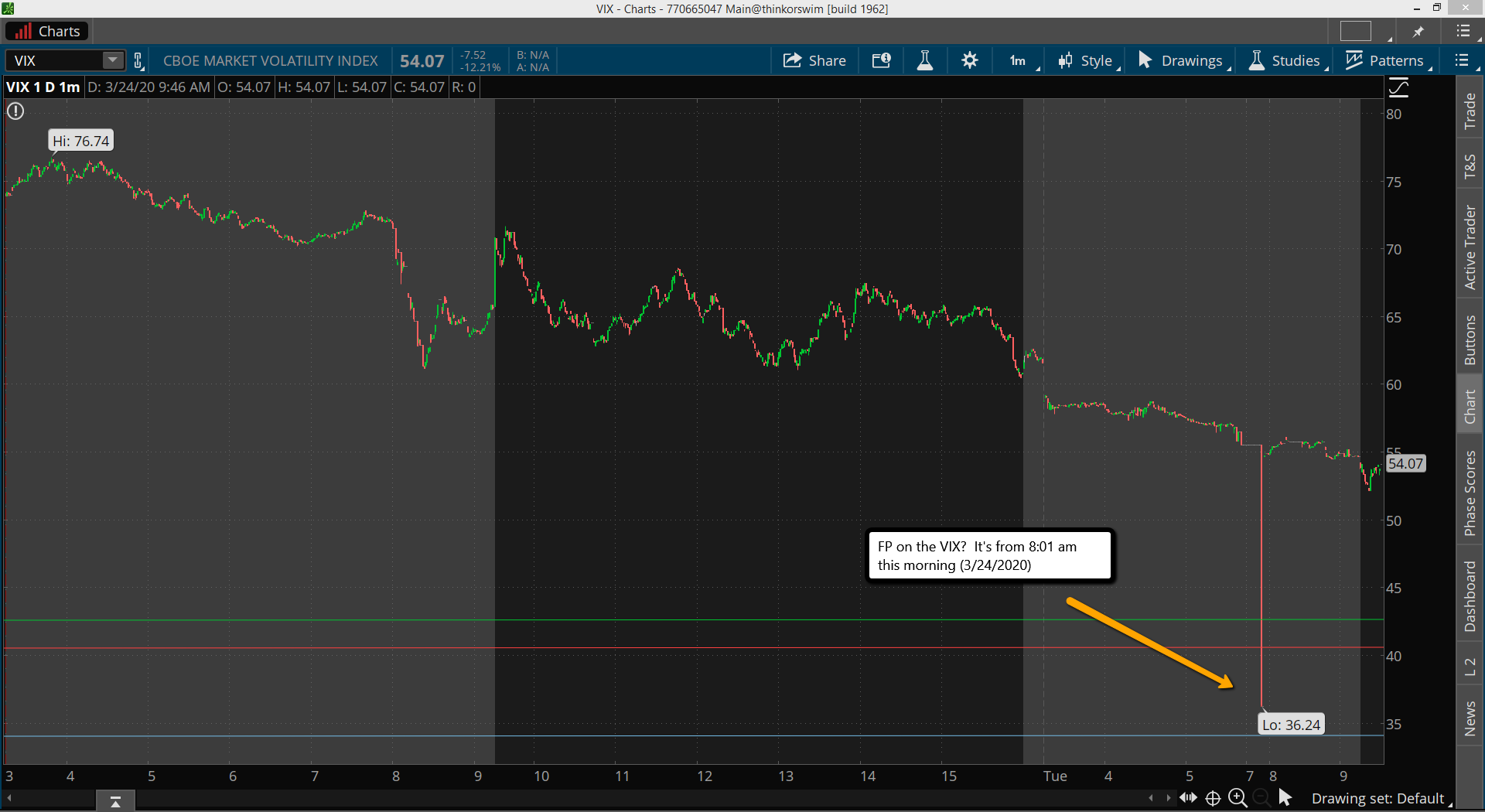 Ok, in Peters video he's looking for a move up to the 2795-2839 area I believe on the SPX via his projection software.  Can the market rally up to that area by this Friday? I don't know but there's a FP (fake print) on the VIX showing 36.24, so a strong two day move up, of that kind of size, could certainly tank the VIX down to that level. And if you wanted all the shorts out of the market before this 2 week event you'd want to do a powerful short squeeze on them just like that.

If this happens, don't get sucked in to thinking the low is in and that we did a V bottom, as it's not.  Make no mistake about it... once the rally up into that 2800 finishes (again, should be by this Friday but not really sure), I will be short into April 17th.  This "saving the children" plan by Trump will make him a hero to all Americans and the world too.  But the stock market is going to get really shaken as the military is doing this operation.

Anyway, that's enough for now.  Be kind, patient, and loving to others that haven't woken up yet from the lies the main stream media have been telling them.  They will need all the support they can get when all this is over with.  God bless Trump.  God bless America.  And God bless those children that are finally going to be saved.