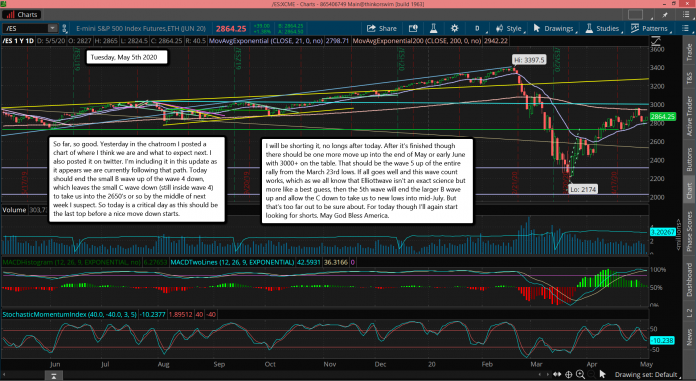 So far, so good. Yesterday in the chatroom I posted a chart of where I think we are and what to expect next. I also posted it on twitter. I'm including it in this update as it appears we are currently following that path. Today should end the small B wave up of the wave 4 down, which leaves the small C wave down (still inside wave 4) to take us into the 2650's or so by the middle of next week I suspect. So today is a critical day as this should be the last top before a nice move down starts. 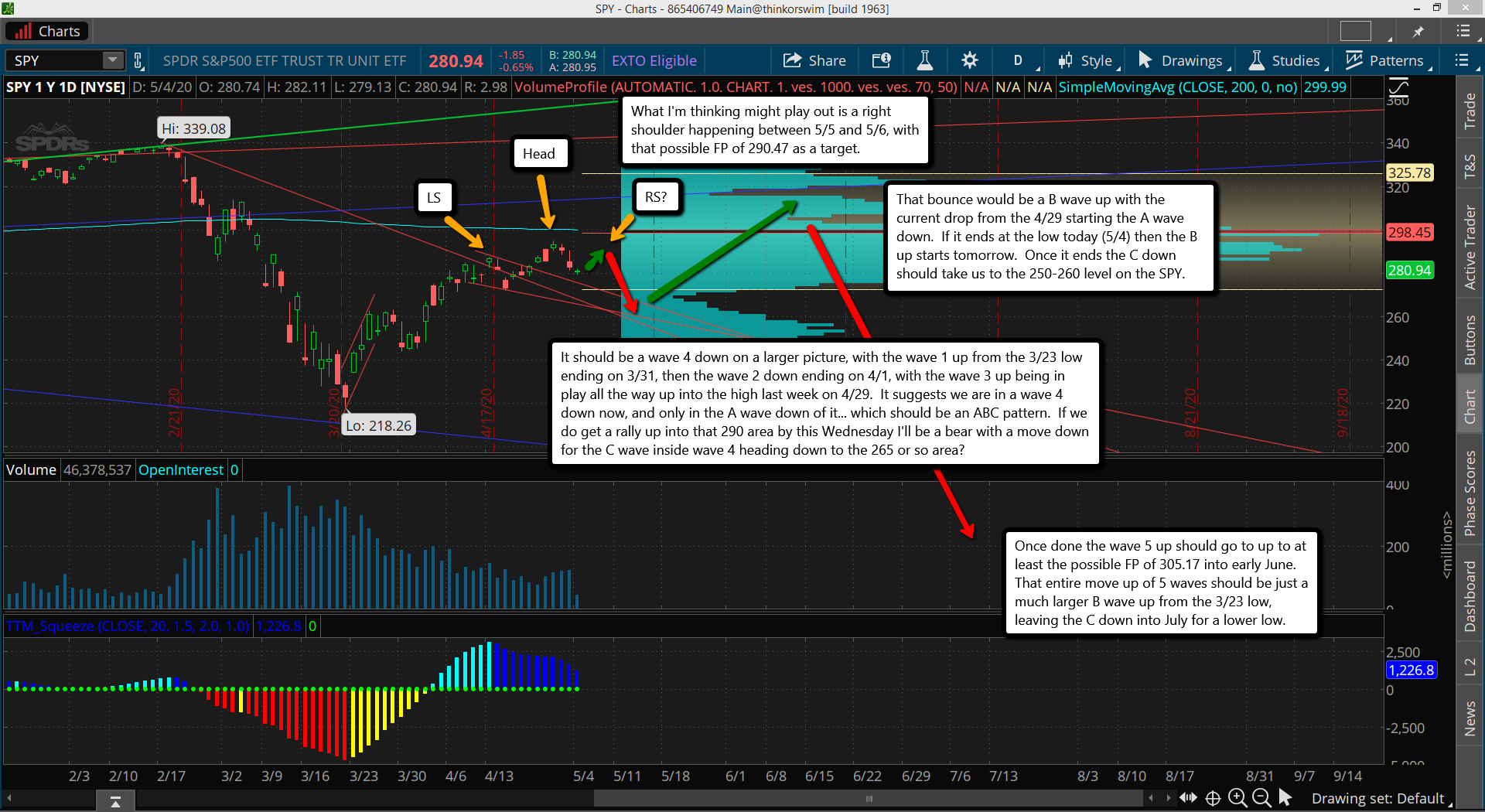 I will be shorting it, no longs after today. After it's finished though there should be one more move up into the end of May or early June with 3000+ on the table. That should be the wave 5 up of the entire rally from the March 23rd lows. If all goes well and this wave count works, which as we all know that Elliottwave isn't an exact science but more like a best guess, then the 5th wave will end the larger B wave up and allow the C down to take us to new lows into mid-July. But that's too far out to be sure about. For today though I'll again start looking for shorts. May God Bless America.