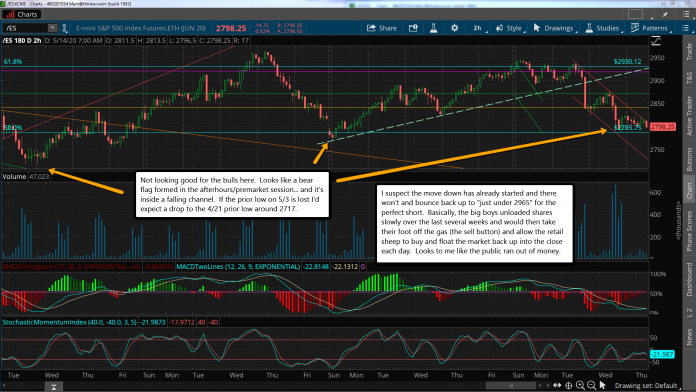 Not looking good for the bulls here. Looks like a bear flag formed in the afterhours/premarket session... and it's inside a falling channel. If the prior low on 5/3 is lost I'd expect a drop to the 4/21 prior low around 2717.

I suspect the move down has already started and there won't and bounce back up to "just under 2965" for the perfect short. Basically, the big boys unloaded shares slowly over the last several weeks and would then take their foot off the gas (the sell button) and allow the retail sheep to buy and float the market back up into the close each day. Looks to me like the public ran out of money. 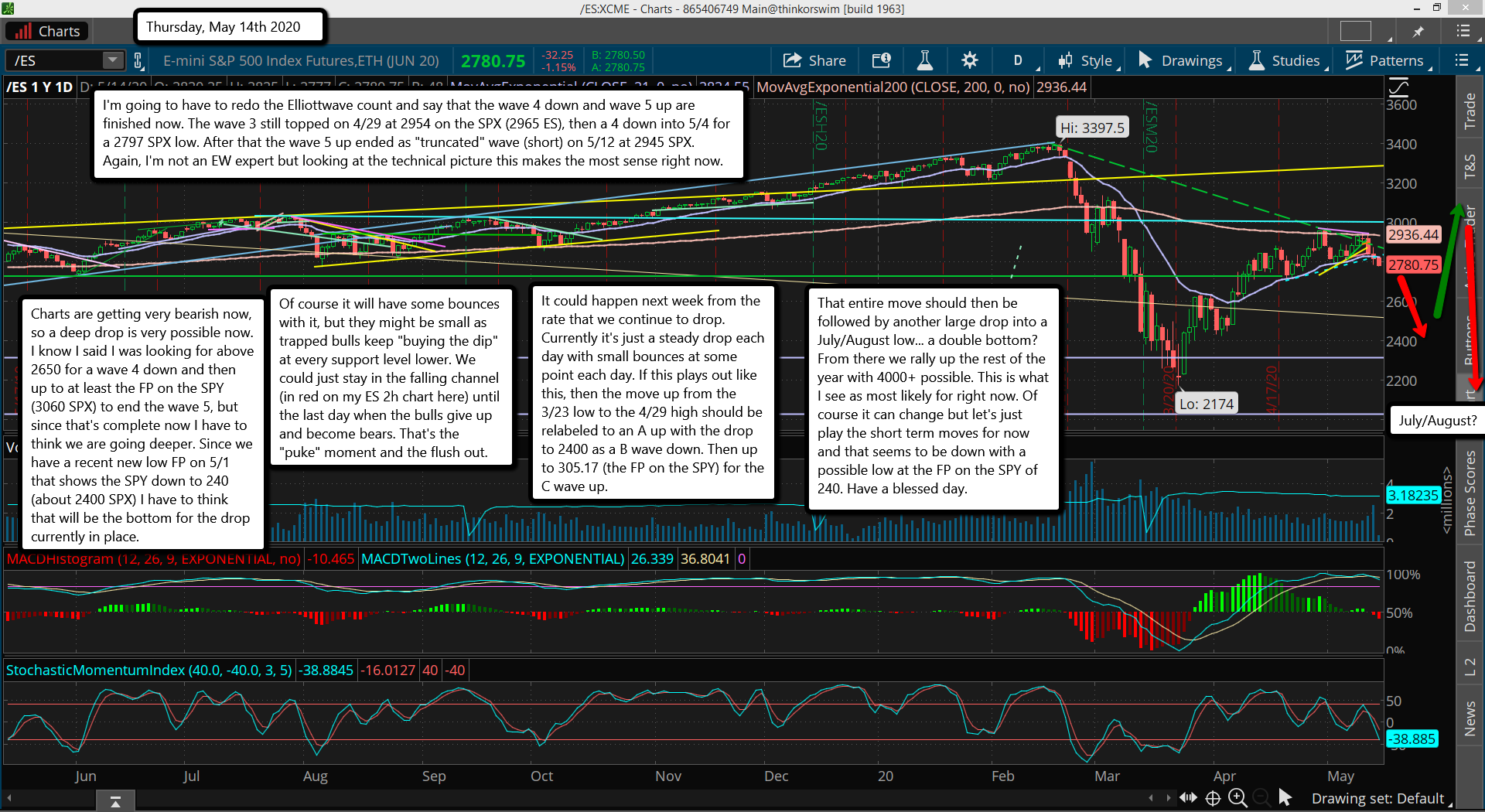 Charts are getting very bearish now, so a deep drop is very possible now. I know I said I was looking for above 2650 for a wave 4 down and then up to at least the FP on the SPY (3060 SPX) to end the wave 5, but since that's complete now I have to think we are going deeper. Since we have a recent new low FP on 5/1 that shows the SPY down to 240 (about 2400 SPX) I have to think that will be the bottom for the drop currently in place.

Of course it will have some bounces with it, but they might be small as trapped bulls keep "buying the dip" at every support level lower. We could just stay in the falling channel (in red on my ES 2h chart here) until the last day when the bulls give up and become bears. That's the "puke" moment and the flush out.

It could happen next week from the rate that we continue to drop. Currently it's just a steady drop each day with small bounces at some point each day. If this plays out like this, then the move up from the 3/23 low to the 4/29 high should be relabeled to an A up with the drop to 2400 as a B wave down. Then up to 305.17 (the FP on the SPY) for the C wave up.

That entire move should then be followed by another large drop into a July/August low... a double bottom? From there we rally up the rest of the year with 4000+ possible. This is what I see as most likely for right now. Of course it can change but let's just play the short term moves for now and that seems to be down with a possible low at the FP on the SPY of 240. Have a blessed day.