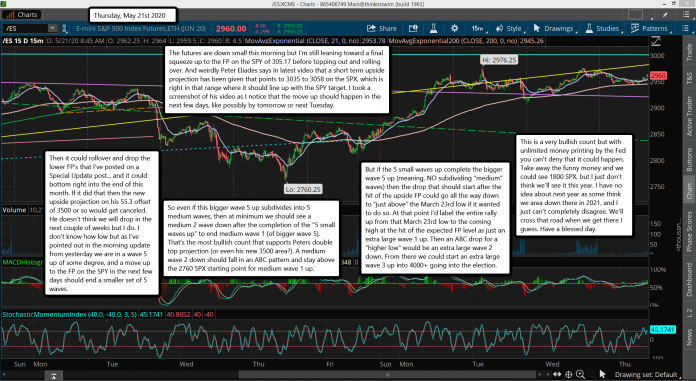 The futures are down small this morning but I'm still leaning toward a final squeeze up to the FP on the SPY of 305.17 before topping out and rolling over. And weirdly Peter Eliades says in latest video that a short term upside projection has been given that points to 3035 to 3058 on the SPX, which is right in that range where it should line up with the SPY target. I took a screenshot of his video as I notice that the move up should happen in the next few days, like possibly by tomorrow or next Tuesday. 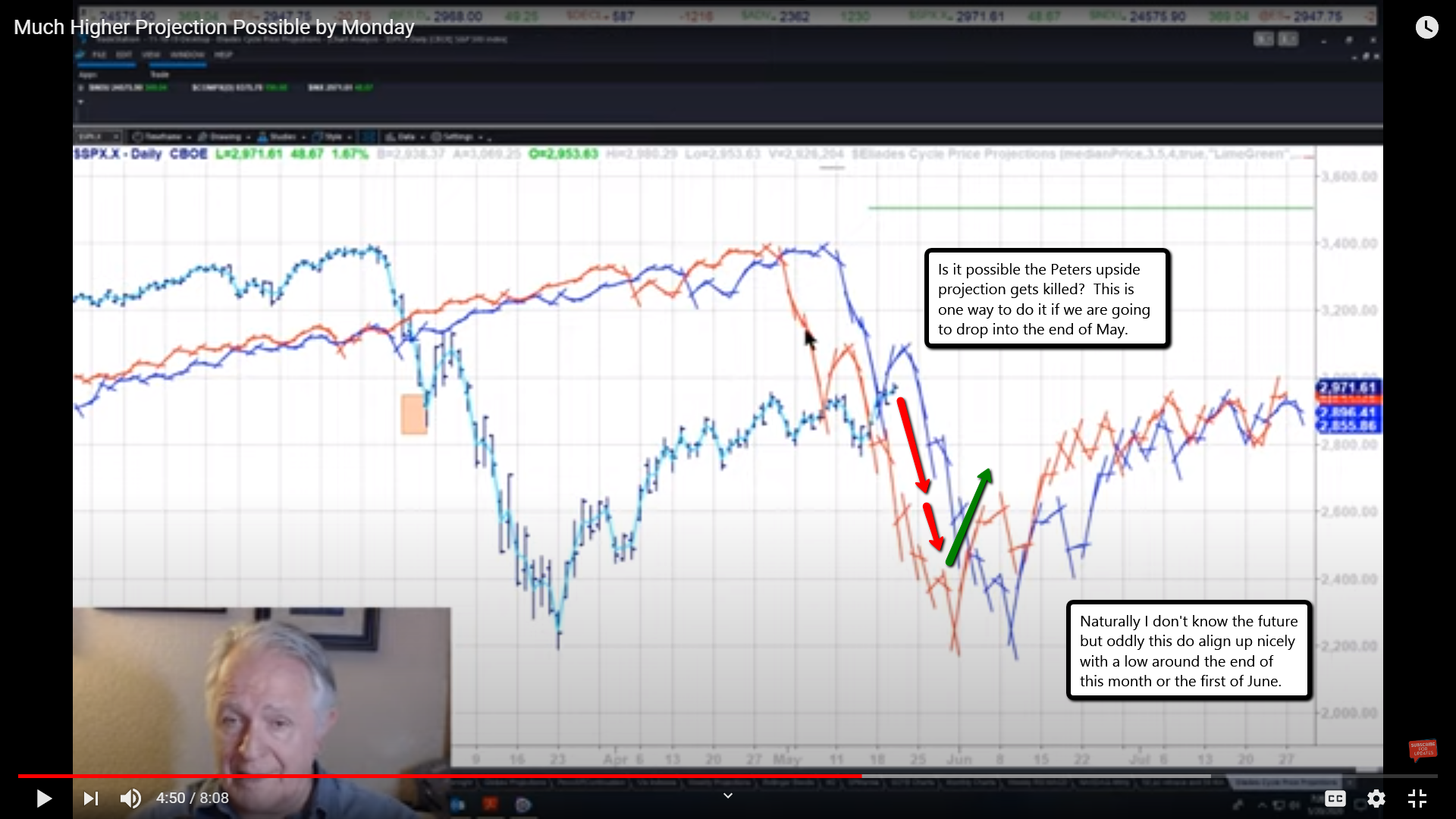 Then it could rollover and drop the lower FP's that I've posted on a Special Update post... and it could bottom right into the end of this month. If it did that then the new upside projection on his 55.3 offset of 3500 or so would get canceled. He doesn't think we will drop in the next couple of weeks but I do. I don't know how low but as I've pointed out in the morning update from yesterday we are in a wave 5 up of some degree, and a move up to the FP on the SPY in the next few days should end a smaller set of 5 waves.

So even if this bigger wave 5 up subdivides into 5 medium waves, then at minimum we should see a medium 2 wave down after the completion of the "5 small waves up" to end medium wave 1 (of bigger wave 5). That's the most bullish count that supports Peters double top projection (or even his new 3500 area?). A medium wave 2 down should fall in an ABC pattern and stay above the 2760 SPX starting point for medium wave 1 up.

This is a very bullish count but with unlimited money printing by the Fed you can't deny that it could happen. Take away the funny money and we could see 1800 SPX, but I just don't think we'll see it this year. I have no idea about next year as some think we go down there in 2021, and I just can't completely disagree. We'll cross that road when we get there I guess. Have a blessed day. 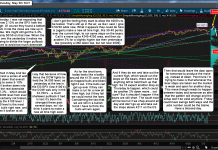 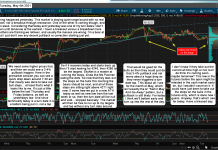 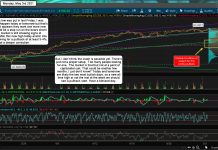