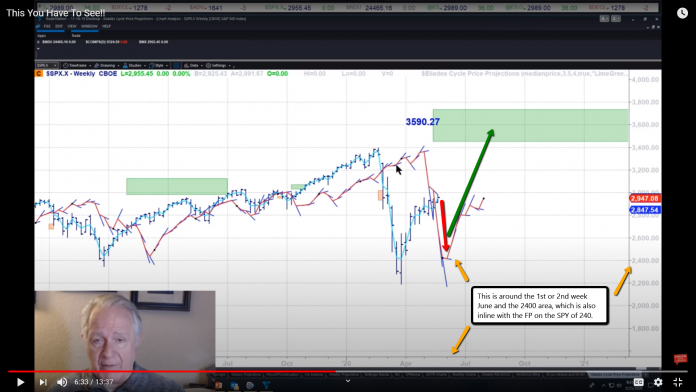 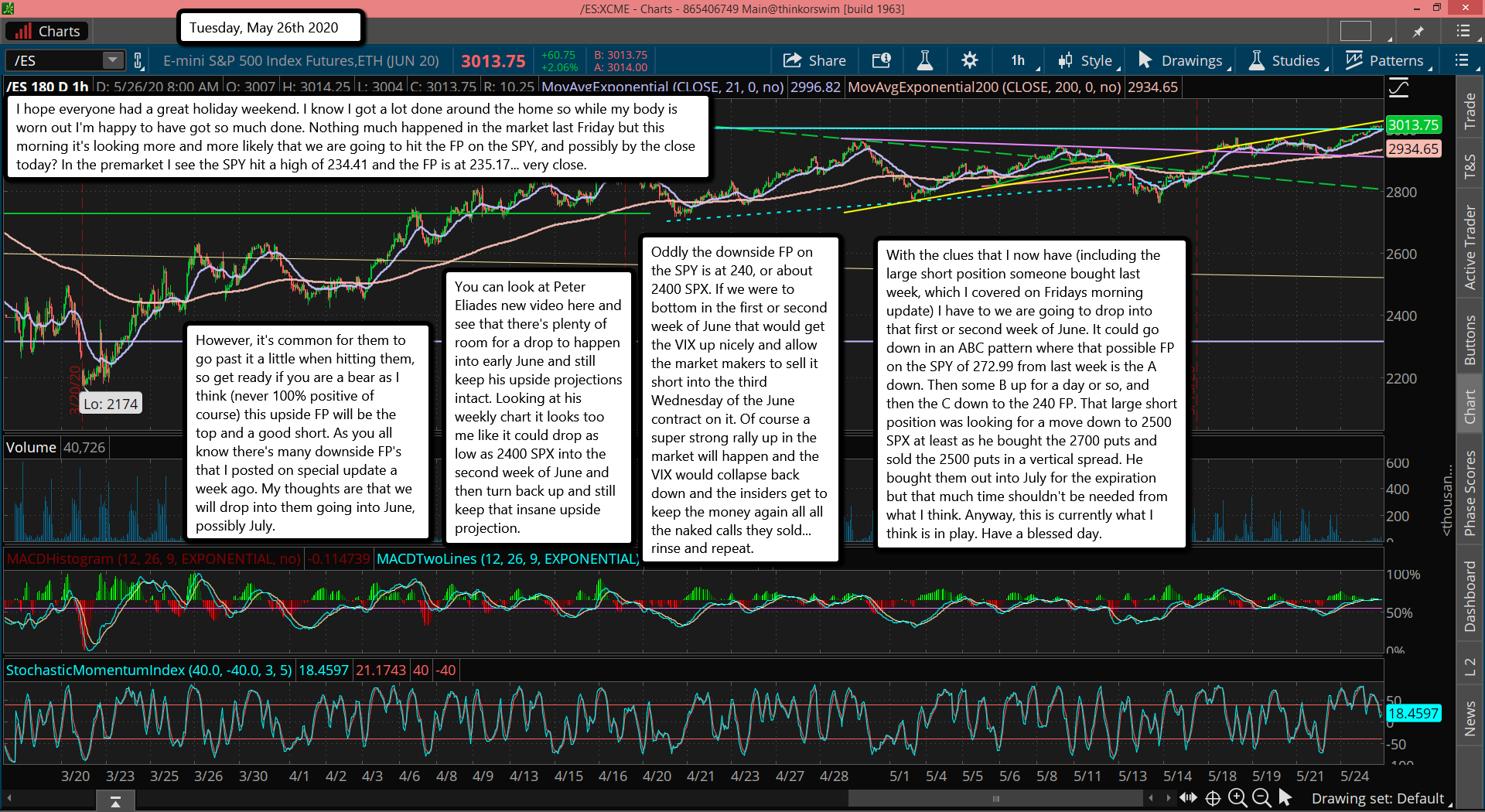 I hope everyone had a great holiday weekend. I know I got a lot done around the home so while my body is worn out I'm happy to have got so much done. Nothing much happened in the market last Friday but this morning it's looking more and more likely that we are going to hit the FP on the SPY, and possibly by the close today? In the premarket I see the SPY hit a high of 234.41 and the FP is at 235.17... very close.

However, it's common for them to go past it a little when hitting them, so get ready if you are a bear as I think (never 100% positive of course) this upside FP will be the top and a good short. As you all know there's many downside FP's that I posted on special update a week ago. My thoughts are that we will drop into them going into June, possibly July.

Oddly the downside FP on the SPY is at 240, or about 2400 SPX. If we were to bottom in the first or second week of June that would get the VIX up nicely and allow the market makers to sell it short into the third Wednesday of the June contract on it. Of course a super strong rally up in the market will happen and the VIX would collapse back down and the insiders get to keep the money again all all the naked calls they sold... rinse and repeat.

With the clues that I now have (including the large short position someone bought last week, which I covered on Fridays morning update) I have to we are going to drop into that first or second week of June. It could go down in an ABC pattern where that possible FP on the SPY of 272.99 from last week is the A down. Then some B up for a day or so, and then the C down to the 240 FP. That large short position was looking for a move down to 2500 SPX at least as he bought the 2700 puts and sold the 2500 puts in a vertical spread. He bought them out into July for the expiration but that much time shouldn't be needed from what I think. Anyway, this is currently what I think is in play. Have a blessed day.