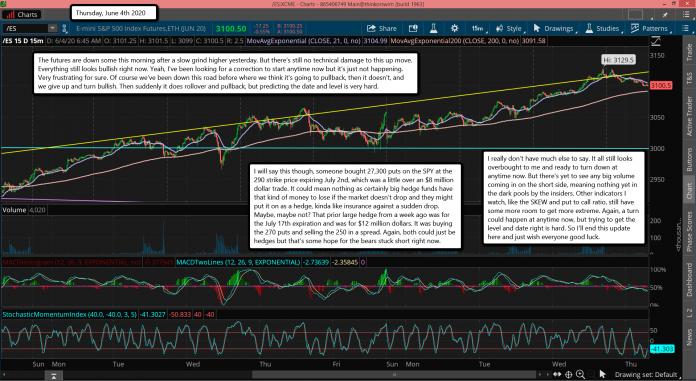 The futures are down some this morning after a slow grind higher yesterday. But there's still no technical damage to this up move. Everything still looks bullish right now. Yeah, I've been looking for a correction to start anytime now but it's just not happening. Very frustrating for sure. Of course we've been down this road before where we think it's going to pullback, then it doesn't, and we give up and turn bullish. Then suddenly it does rollover and pullback, but predicting the date and level is very hard.

I will say this though, someone bought 27,300 puts on the SPY at the 290 strike price expiring July 2nd, which was a little over an $8 million dollar trade. It could mean nothing as certainly big hedge funds have that kind of money to lose if the market doesn't drop and they might put it on as a hedge, kinda like insurance against a sudden drop. Maybe, maybe not? That prior large hedge from a week ago was for the July 17th expiration and was for $12 million dollars. It was buying the 270 puts and selling the 250 in a spread. Again, both could just be hedges but that's some hope for the bears stuck short right now. 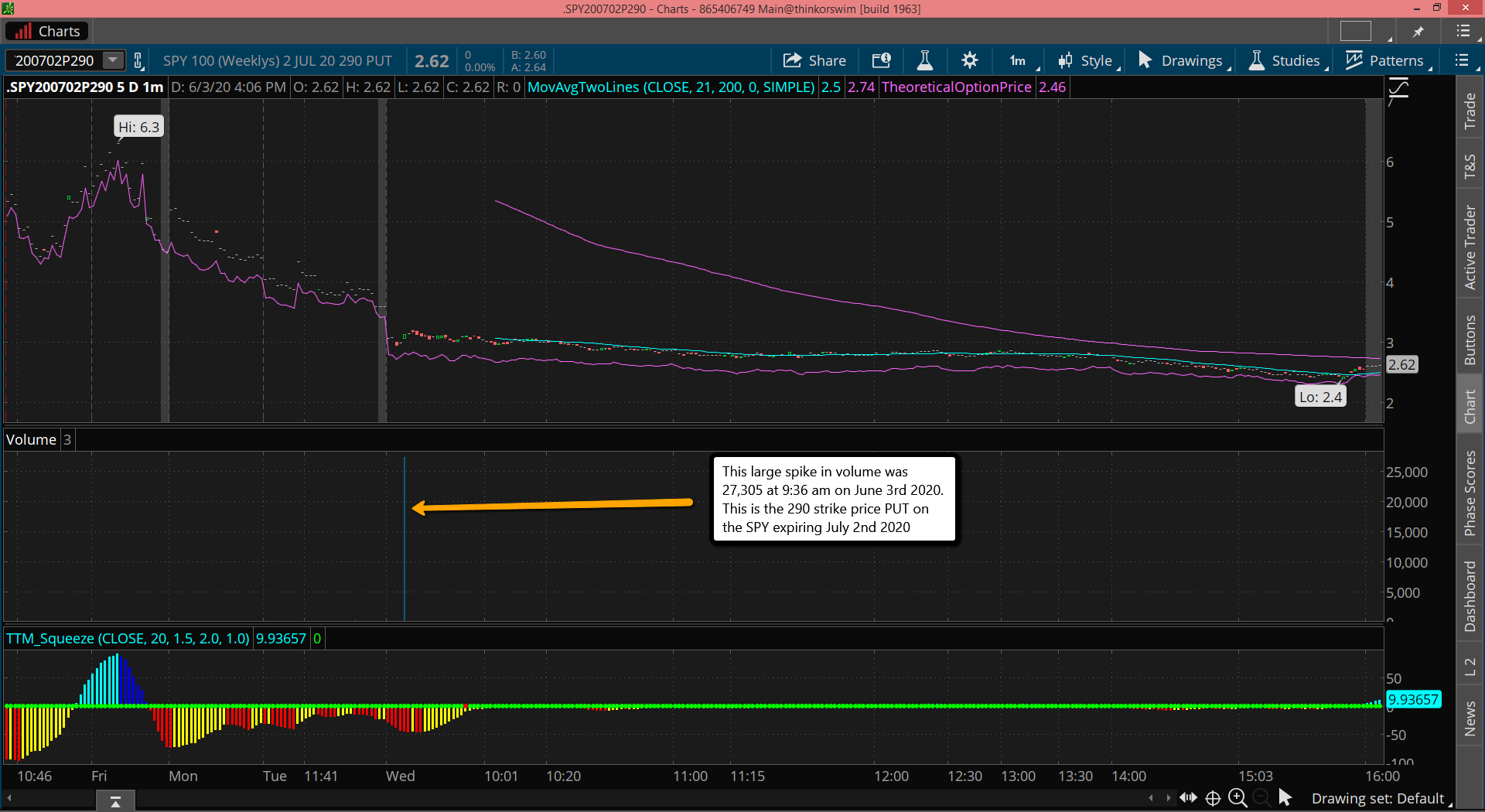 I really don't have much else to say. It all still looks overbought to me and ready to turn down at anytime now. But there's yet to see any big volume coming in on the short side, meaning nothing yet in the dark pools by the insiders. Other indicators I watch, like the SKEW and put to call ratio, still have some more room to get more extreme. Again, a turn could happen at anytime now, but trying to get the level and date right is hard. So I'll end this update here and just wish everyone good luck.