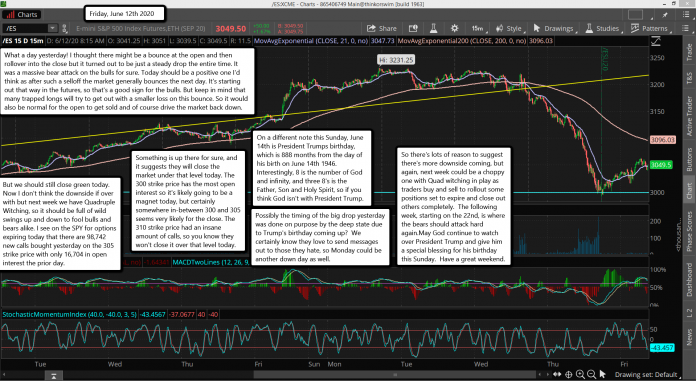 What a day yesterday! I thought there might be a bounce at the open and then rollover into the close but it turned out to be just a steady drop the entire time. It was a massive bear attack on the bulls for sure. Today should be a positive one I'd think as after such a selloff the market generally bounces the next day. It's starting out that way in the futures, so that's a good sign for the bulls. But keep in mind that many trapped longs will try to get out with a smaller loss on this bounce. So it would also be normal for the open to get sold and of course drive the market back down.

But we should still close green today. Now I don't think the downside if over with but next week we have Quadruple Witching, so it should be full of wild swings up and down to fool bulls and bears alike. I see on the SPY for options expiring today that there are 98,742 new calls bought yesterday on the 305 strike price with only 16,704 in open interest the prior day. 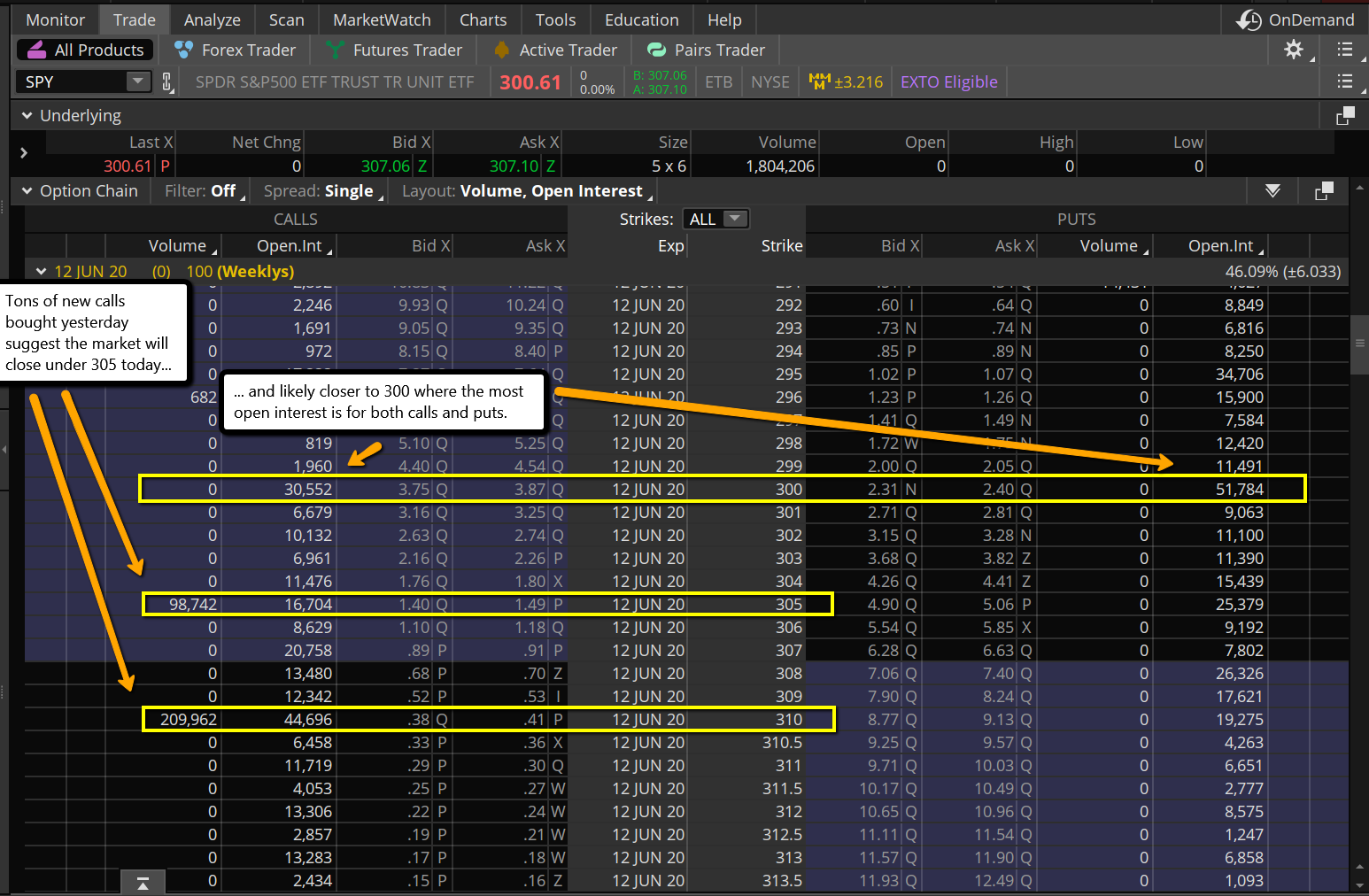 Something is up there for sure, and it suggests they will close the market under that level today. The 300 strike price has the most open interest so it's likely going to be a magnet today, but certainly somewhere in-between 300 and 305 seems very likely for the close. The 310 strike price had an insane amount of calls, so you know they won't close it over that level today.

On a different note this Sunday, June 14th is President Trumps birthday, which is 888 months from the day of his birth on June 14th 1946. Interestingly, 8 is the number of God and infinity, and three 8's is the Father, Son and Holy Spirit, so if you think God isn't with President Trump... "here's your sign" (as Bill Engvall used too say).

Possibly the timing of the big drop yesterday was done on purpose by the deep state due to Trump's birthday coming up?  We certainly know they love to send messages out to those they hate, so Monday could be another down day as well.  I'll include Peter Eliades video here below.  He has a downside short term target on the DOW of 23,344-23,768, which is 2789-2839 on the SPX.

He did a special update video intraday yesterday that gave out different targets on the SPX of 2860-2882, and as long as the SPX doesn't get back over the 3100 area today or Monday those downside targets will still be valid.

So there's lots of reason to suggest there's more downside coming, but again, next week could be a choppy one with Quad witching in play as traders buy and sell to rollout some positions set to expire and close out others completely.  The following week, starting on the 22nd, is where the bears should attack hard again.

May God continue to watch over President Trump and give him a special blessing for his birthday this Sunday.  Have a great weekend.