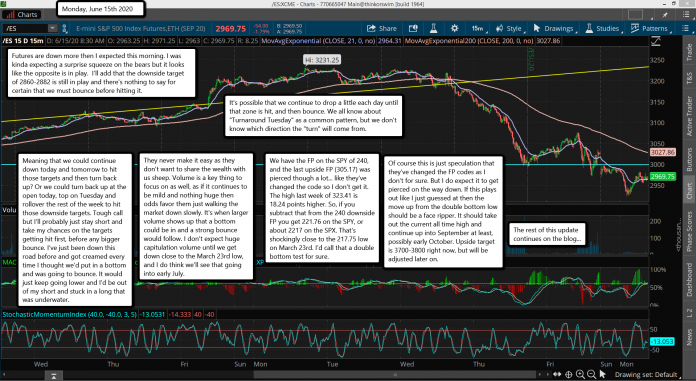 Futures are down more then I expected this morning. I was kinda expecting a surprise squeeze on the bears but it looks like the opposite is in play.  I'll add that the downside target of 2860-2882 is still in play and there's nothing to say for certain that we must bounce before hitting it.

It's possible that we continue to drop a little each day until that zone is hit, and then bounce. We all know about "Turnaround Tuesday" as a common pattern, but we don't know which direction the "turn" will come from.

Meaning that we could continue down today and tomorrow to hit those targets and then turn back up? Or we could turn back up at the open today, top on Tuesday and rollover the rest of the week to hit those downside targets. Tough call but I'll probably just stay short and take my chances on the targets getting hit first, before any bigger bounce. I've just been down this road before and got creamed every time I thought we'd put in a bottom and was going to bounce. It would just keep going lower and I'd be out of my short and stuck in a long that was underwater.

They never make it easy as they don't want to share the wealth with us sheep. Volume is a key thing to focus on as well, as if it continues to be mild and nothing huge then odds favor them just walking the market down slowly. It's when larger volume shows up that a bottom could be in and a strong bounce would follow. I don't expect huge capitulation volume until we get down close to the March 23rd low, and I do think we'll see that going into early July.

Of course this is just speculation that they've changed the FP codes as I don't for sure. But I do expect it to get pierced on the way down. If this plays out like I just guessed at then the move up from the double bottom low should be a face ripper. It should take out the current all time high and continue up into September at least, possibly early October. Upside target is 3700-3800 right now, but will be adjusted later on.

Keep in mind that the deep state will attempt to pull another virus hoax False Flag event right before the election, so it's possible that we see a crash in October.  They hate Trump with a passion as he's against everything they have been working on for decades. But God has control and clearly is protecting the President.

And his press secretary is amazing to say the least. I just love watching her school those stupid reporters. She's a big time Christian and I can assure you that God is with her everyday and those fake news idiots will never harm her or make her look bad.  She's a huge asset for the President.

Anyway, for the market that's what I see for now. That upside target is again... subject to change. But I really think we'll be rallying hard into the election as I'm sure Trump knows the satanists are planning to try and crash the market to force a mail in vote, as I think he expects another virus plandemic this October as well.

It might be the same virus or a new one... who knows? In the meantime just keep President Trump and his staff in your prayers, as without him being there today we'd all likely still be stuck at home waiting to get vaccinated to death by Bill Gates, as Hillary would have never let people go back to work.  Have a blessed day. 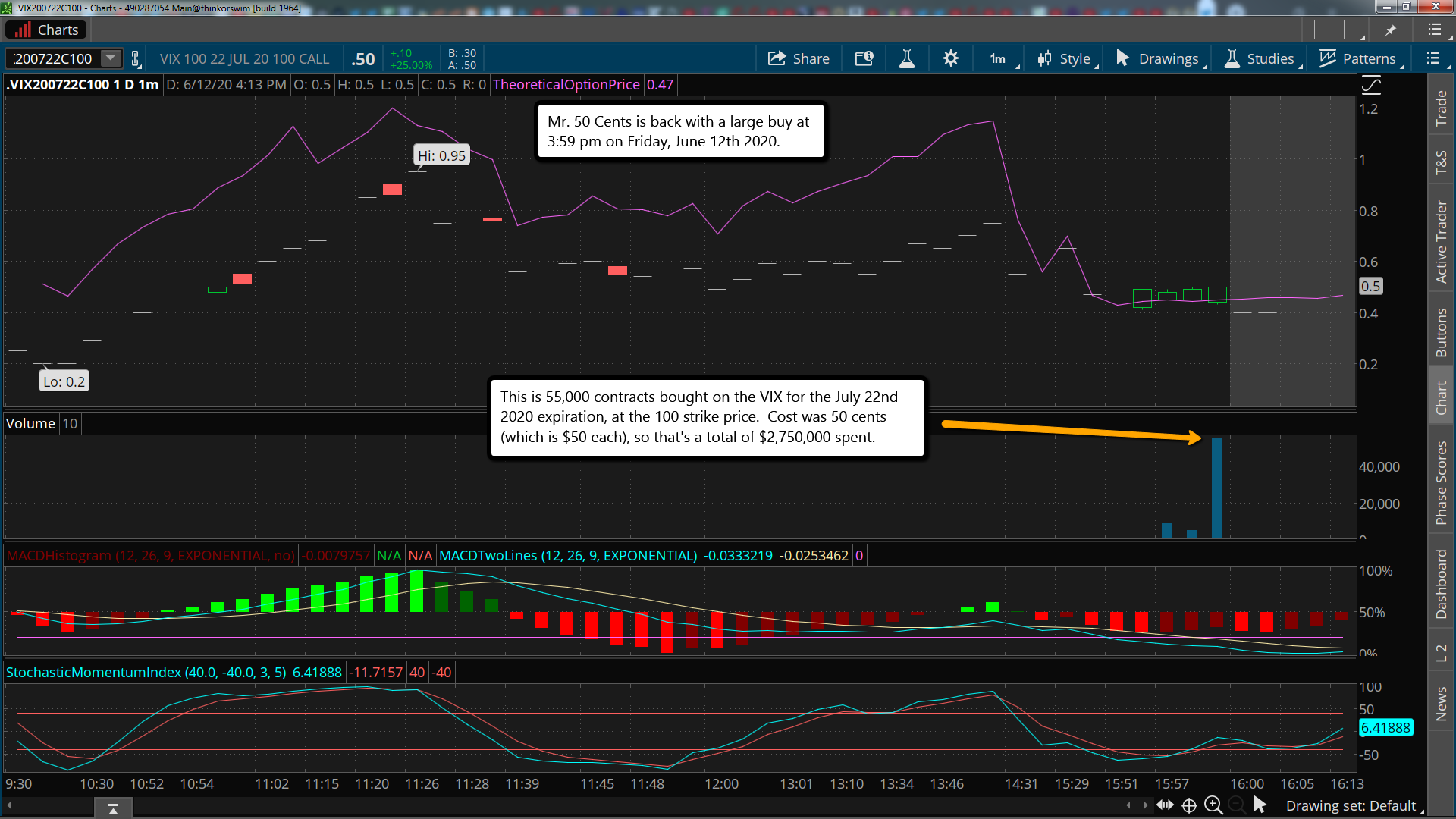