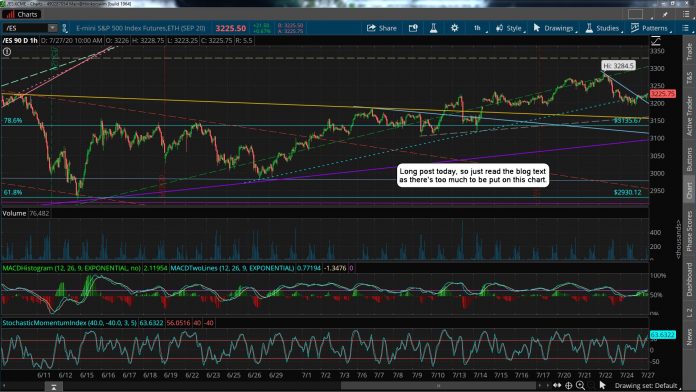 Friday throughout the day I got excited thinking that we might gap down big this morning, but it's obviously not happening... very disappointing. I guess they are going to drag this out into Wednesday to hear what Fed Chief Jay Powel says, but I still expect some kind of drop into the mid-3000's at best or low 3100's.

I'm not sure if they plan on doing this pullback before or after the meeting, but it's still likely to happen. We've seen it many times in the past where they pullback the market in front of a Fed meeting and then rip it back higher after one, so that could be the play again this week? Trying to forecast correctly the day to day moves is very hard, but the overall move is still likely to play out.

A tricky move might be to take it back up some in front of the meeting and drop it afterwards, which would look like an ABC pattern. But traders would love to see that happen as bulls could get out of trapped longs and bears could short the bounce high, so I don't see that being the plan. SkyNet has the bulls trapped here so bounces should be small, more like a sideways move to make the B wave up, versus a strong bounce.  And of course a sideways move makes a bear flag pattern as well, which leads to that C wave drop into my target zone at some point this week.

Back when all the QE programs started right after the 2009 bottom the Fed meeting were full of wild action, as we'd see big swings up and down within a 5-15 minute period right before and after the announcement, which was around 2:30 pm EST back then, just like it is now.

Maybe we see that again... who knows? Like a possible (and sneaky) play would be sideways into the meeting (lures in bears that see's the bear flag pattern, and frustrates trapped bulls), the a fast move up for a few minutes (hit the stops on the bears) and a reversal back down into the close that continues into Thursday or Friday to hit my target lows.

That would be a tricky move as trapped bulls probably won't bail out on the fast pop higher, but bears would get their stops hit... win, win for SkyNet, and lose, lose for bulls and bears when it rolls back down hard afterwards.

Statistically most Fed days have positive close, and while I've never actually did the numbers to see what they are exactly, I'd estimate that they close green 80% of the time. The Fed never likes to look like the bad guy, so any down move afterwards typically gets delayed into the following week and blamed on something else. But this time they might decide to drop this week because it's not a major turn in the market.

I still think we are going up to around 3600 SPX before we top out and do a major turn down, so if we get this move down this week to my target zone it will be the last chance for bears to get out and go long for the final rally into late September or early October... then they can go short for the next huge drop into the elections.

I'm going to include a few charts here by @OntheMoneyUk that shows the past 59 years of compassion between an election year and an average year. 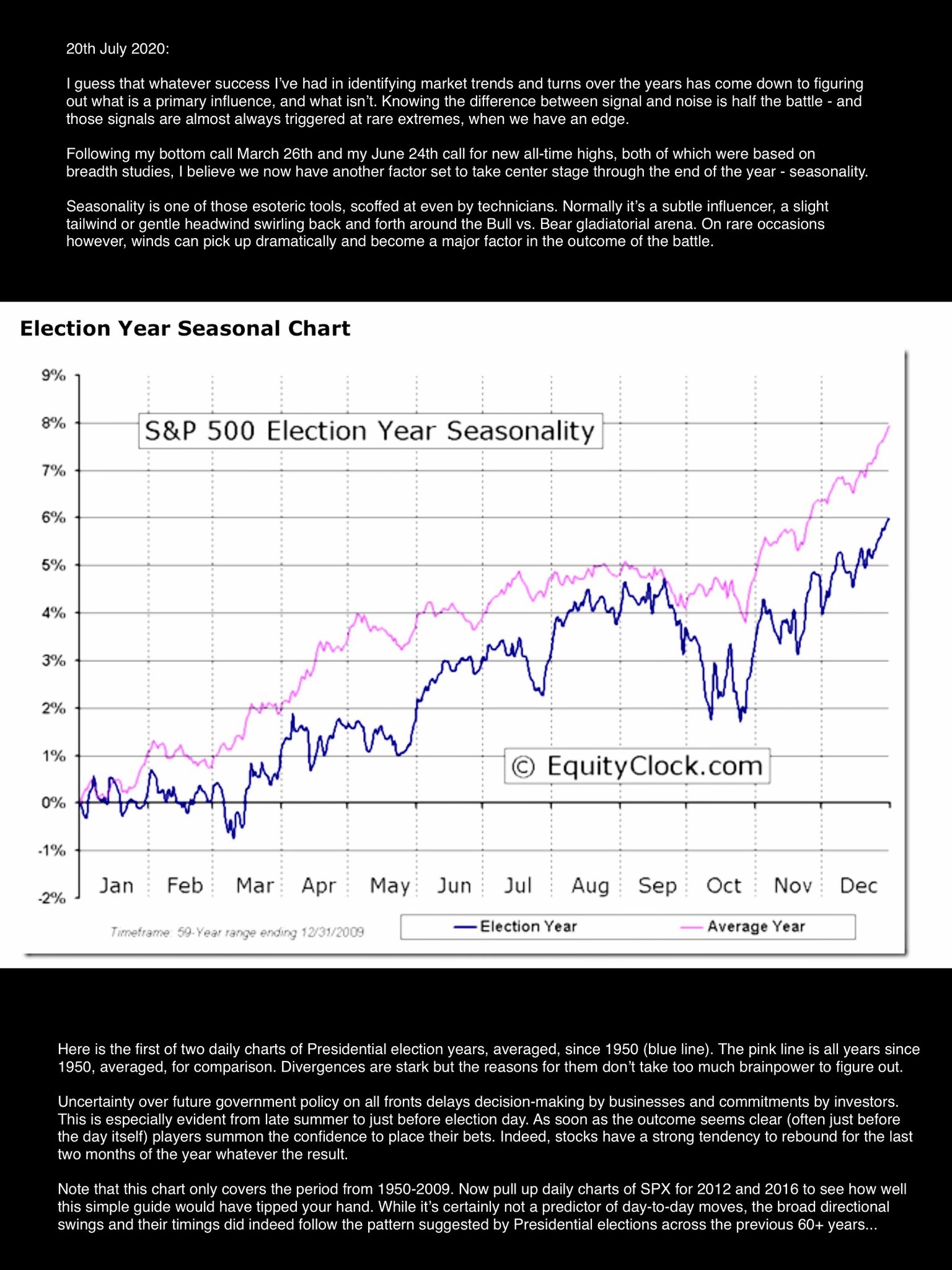 It's pretty clear that a down move into the end of July happens a lot and a final rally up into Sept/Oct follows. Then a drop into the elections is common as well. 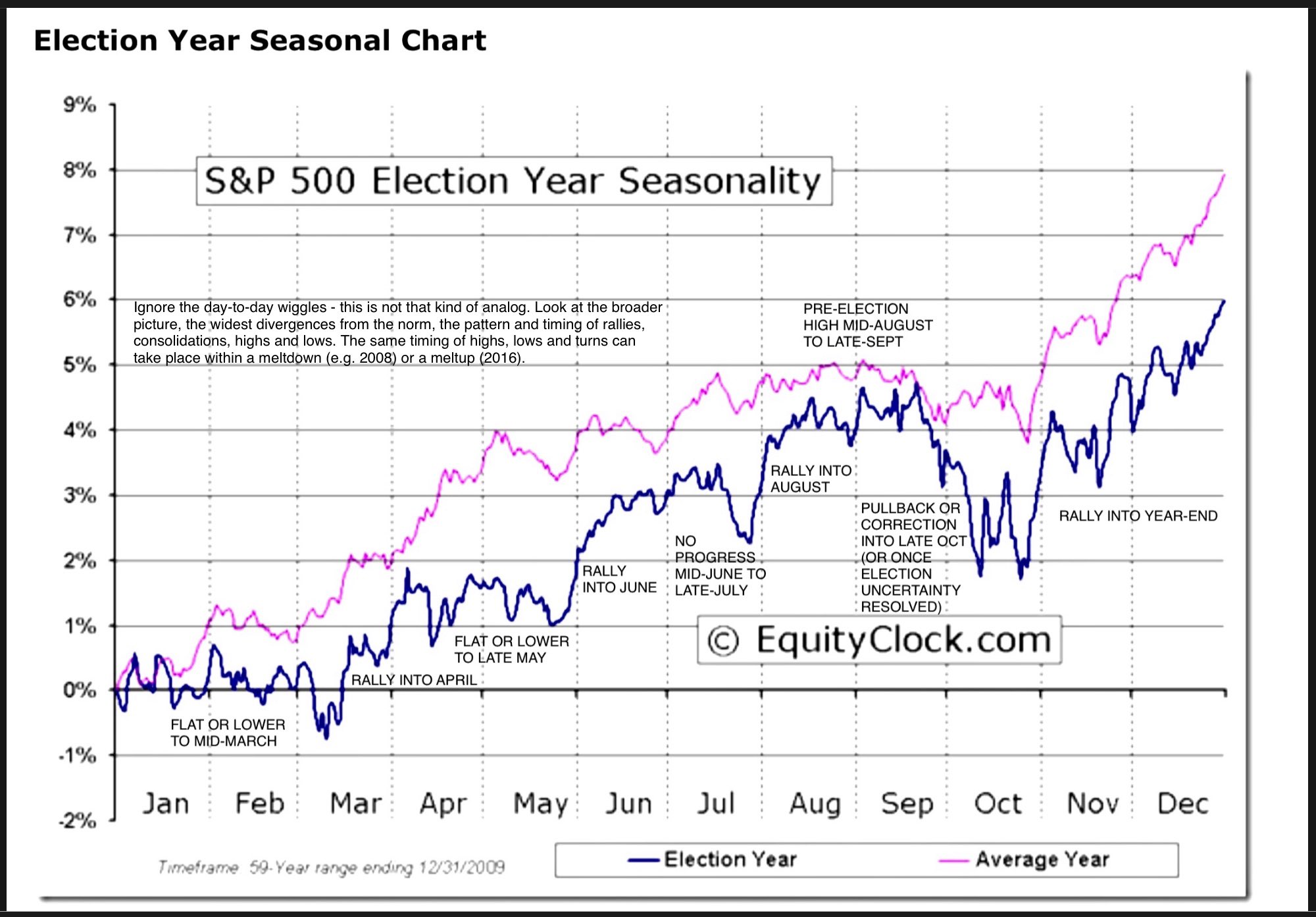 I have the FP's of not only the SPY (240) but many stocks as well, but I don't know the "when" part... until now I guess, as it's looking more and more likely that the drop into the election will hit the various FP's I have.

If you are a diehard bear, God bless you, but please don't get sucked into thinking this pullback this week is the start of the "Big One" and history says otherwise. I'll again point out that Peter Eliades software has an 80% accuracy rating, so add that to this historical "election year" pattern chart and you have very high odds of getting up close to that 3600 level in the next few months before we top out.

This post should cover what I'm looking for this week and into the elections. I'm trying to focus more on the medium term (weeks to months) instead of the short term (days to weeks) and it's just too hard to make money day to day. SkyNet is too tricky, so I'm now just trying to get into positions that in the medium term time frame. Once this pullback happens I'll look for longs into September 30th and not worry about the day to day movements. We all know how hard it has been these past two months trying to figure it out.

Looking at it now I think a large wave 3 up ended on June 8th and that first drop into the 11th was an A wave down of a large wave 4, then choppy B up into recent high last week, which leaves us with the C down this week to complete the larger wave 4 pattern. After that the large wave 5 will take us up to the 3600 target area to complete the entire 5 wave pattern from the March 23rd low.

After the elections (assuming Trump wins, and I think he will... God help us if he doesn't), an extra large wave 3 up should start and fool all the forecasters calling for a depression in 2021 and beyond. We all should know by now that if every major well known stock market guru (on TV and on the internet) is calling for one thing to happen the opposite is what usually plays out. It's the 80/20 rule, where 80% of the people are wrong and 20% right... which applies to most everything in life really.

I think I read (or watched a video) where Martin Armstrong is bullish for next year, so (if so?) he's in the 20% camp I believe. One thing I want you to wrap your head around is what will happen when the new money system comes into play. We all know it's coming as you can go locally wherever you live and try to pay cash for something and you'll see that stores and banks are running short on it now, and some places will not accept it because they don't have change.

If this new money system were to have been in the control of the satanist (Illuminati, deep state, Free Masons, Skull and Bones, whatever) they would have destroyed the economy (and they are still trying, but they will fail).  It's clear to me right now that Trump is winning and will continue to do so as all the facts show he's in control.

The biggest fact that supports that God is winning is that the Federal Reverse Bank (which is controlled by the IMF and that is controlled by the Deep State) is merged with the US Treasury, and Trump has control of it now. The Deep State hate this as that means they lose control of printing money out of nothing, and US Government has the control now.

President Lincoln tried to do this same thing, and so did President John F. Kennedy. You know what happened to them. Trump is succeeding where they failed, when it's all done the economy (and the stock market) will explode upward with prosperity for the people. 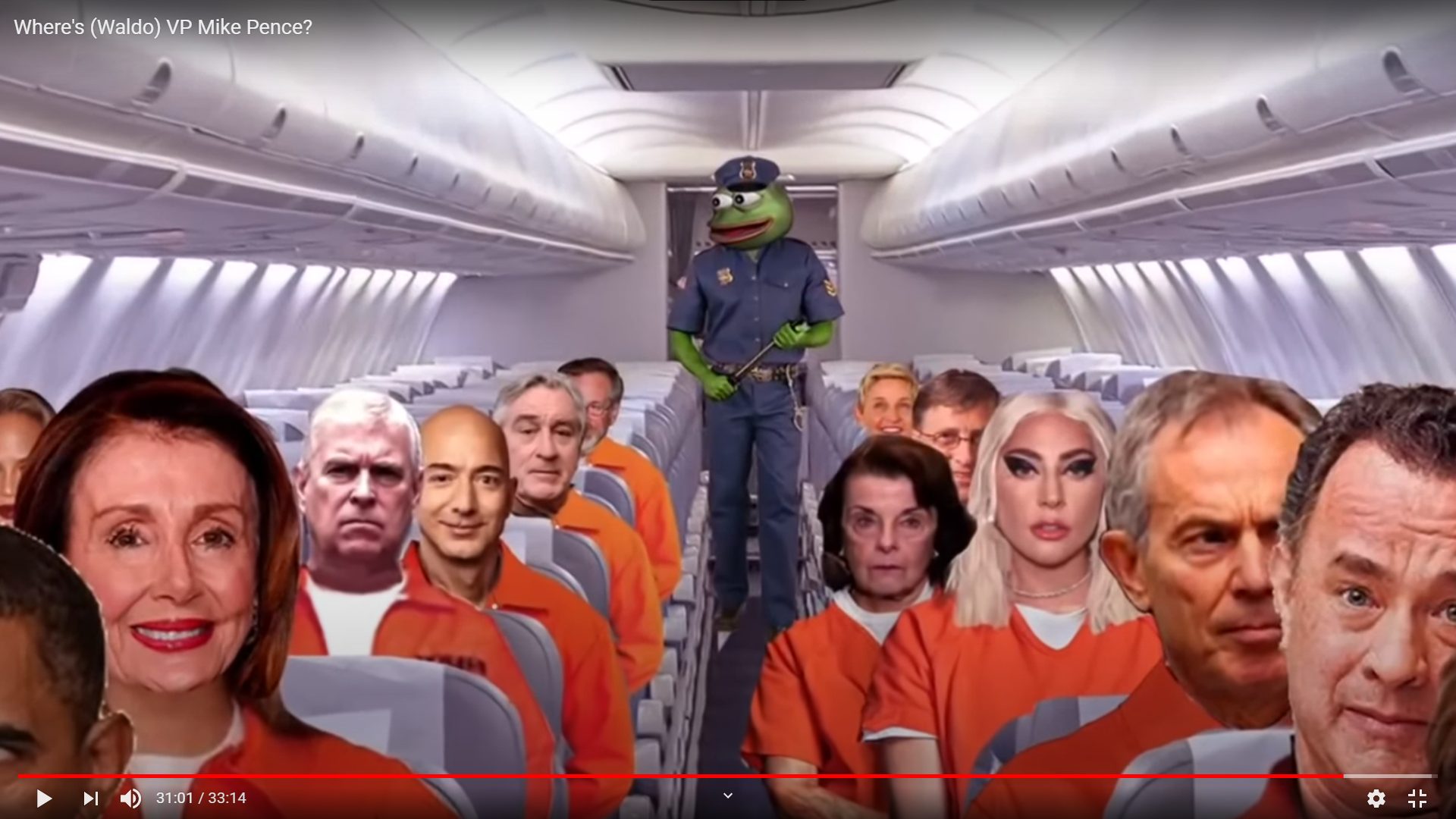 Don't be shocked if next year you see the IRS eliminated and massive arrests of pedowood actors, and politicians, with many being executed for crimes against humanity. 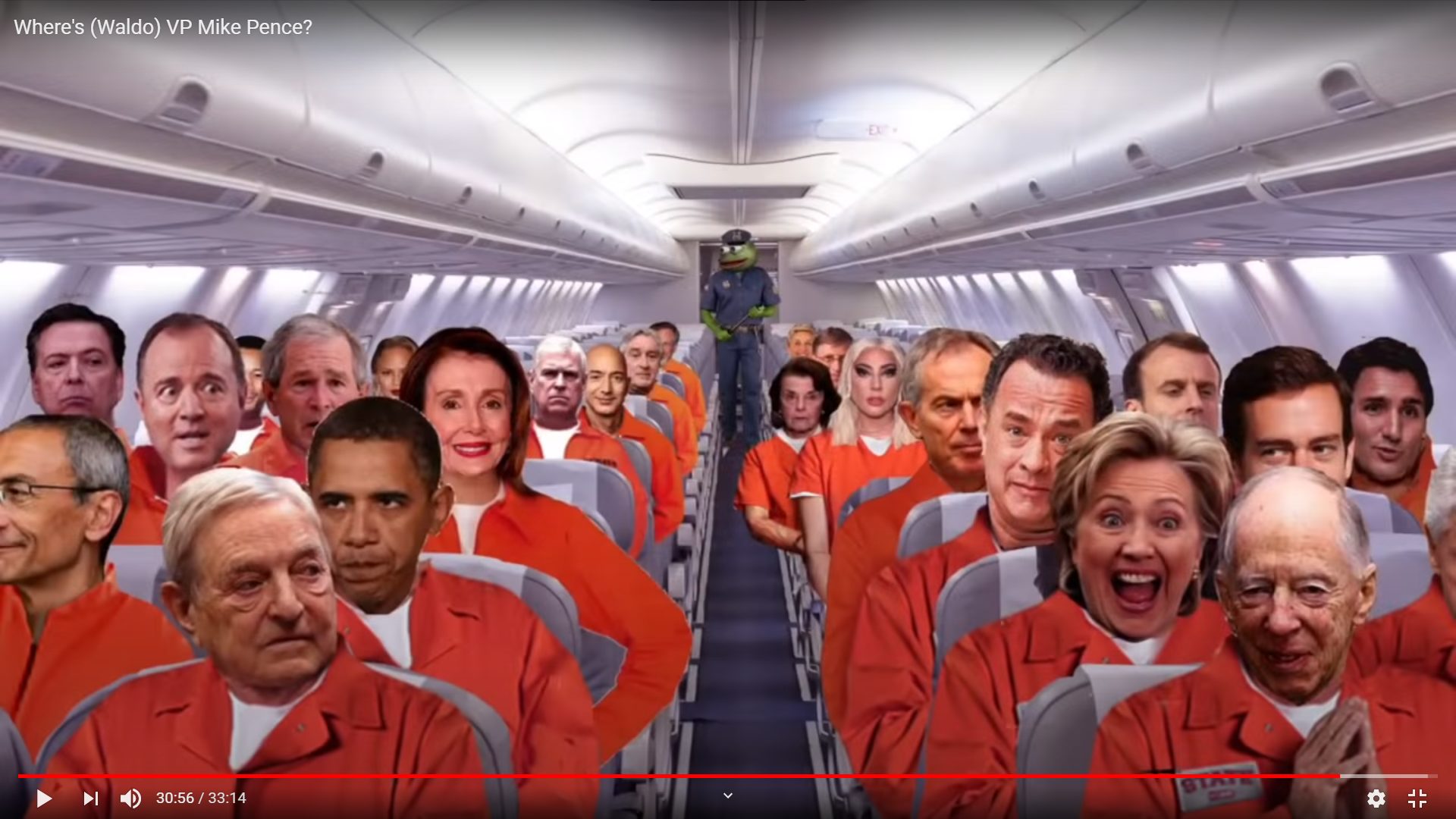 Trump has secretly being using the military to arrest these satanist pedophiles and rescue ten's of thousand of children lock up as sex slaves in underground locations below some of this elites' homes. 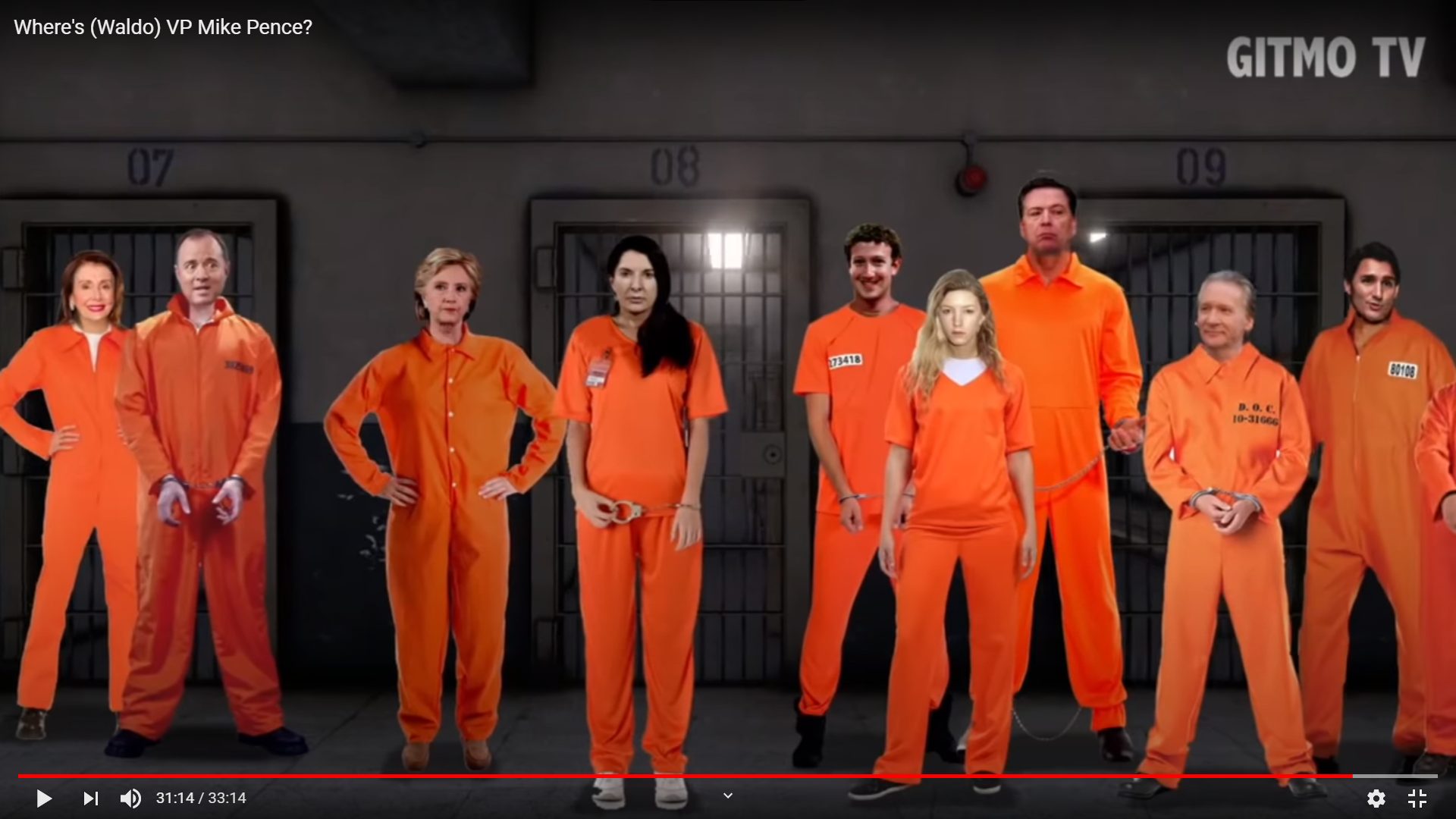 This is very sick stuff, we are talking about raping 4 years olds and killing them and making red leather shoes out of their skin. 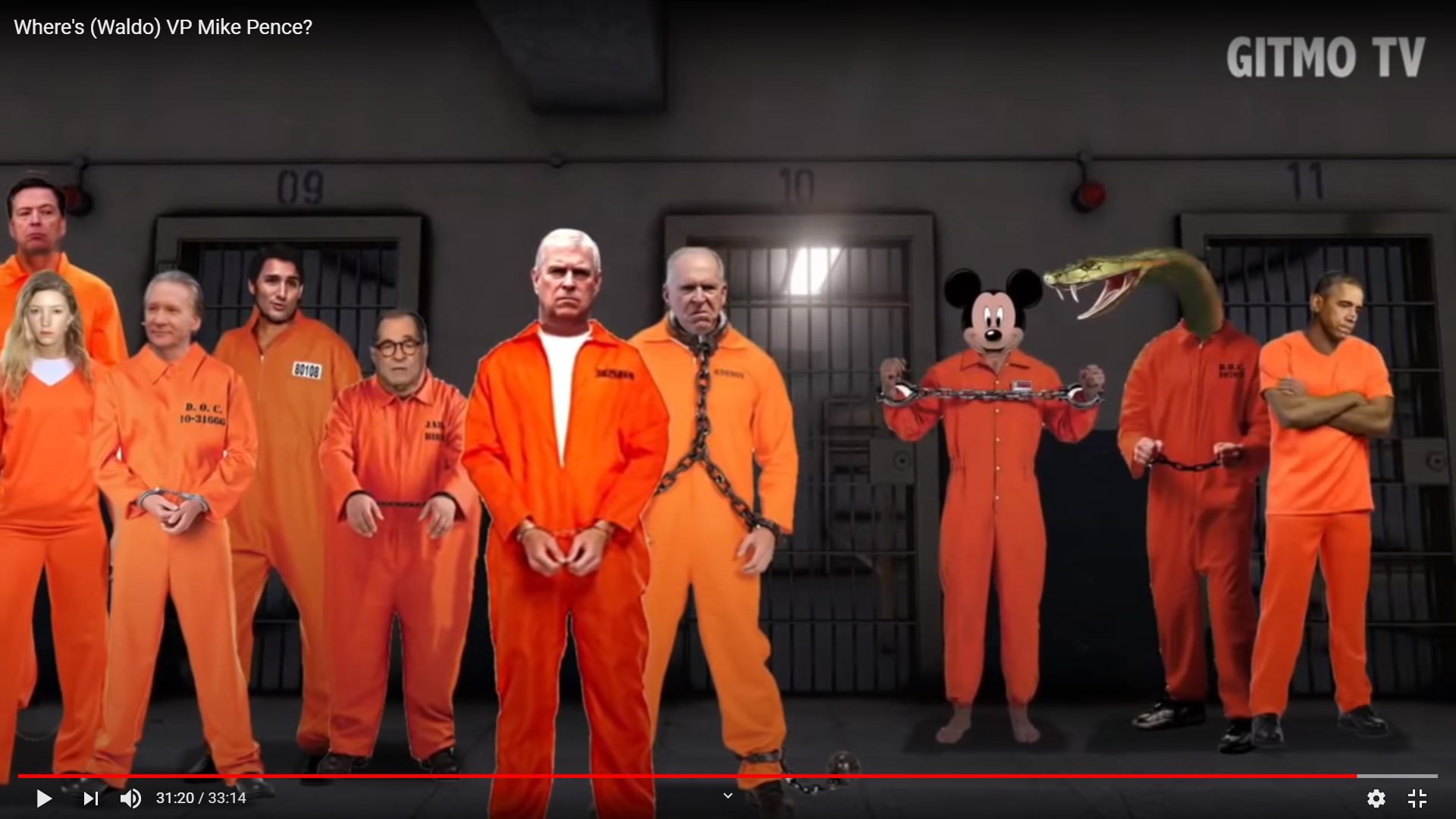 Make no mistake, Jesus Christ is on Trumps side and God is putting an end to this horrible crap. 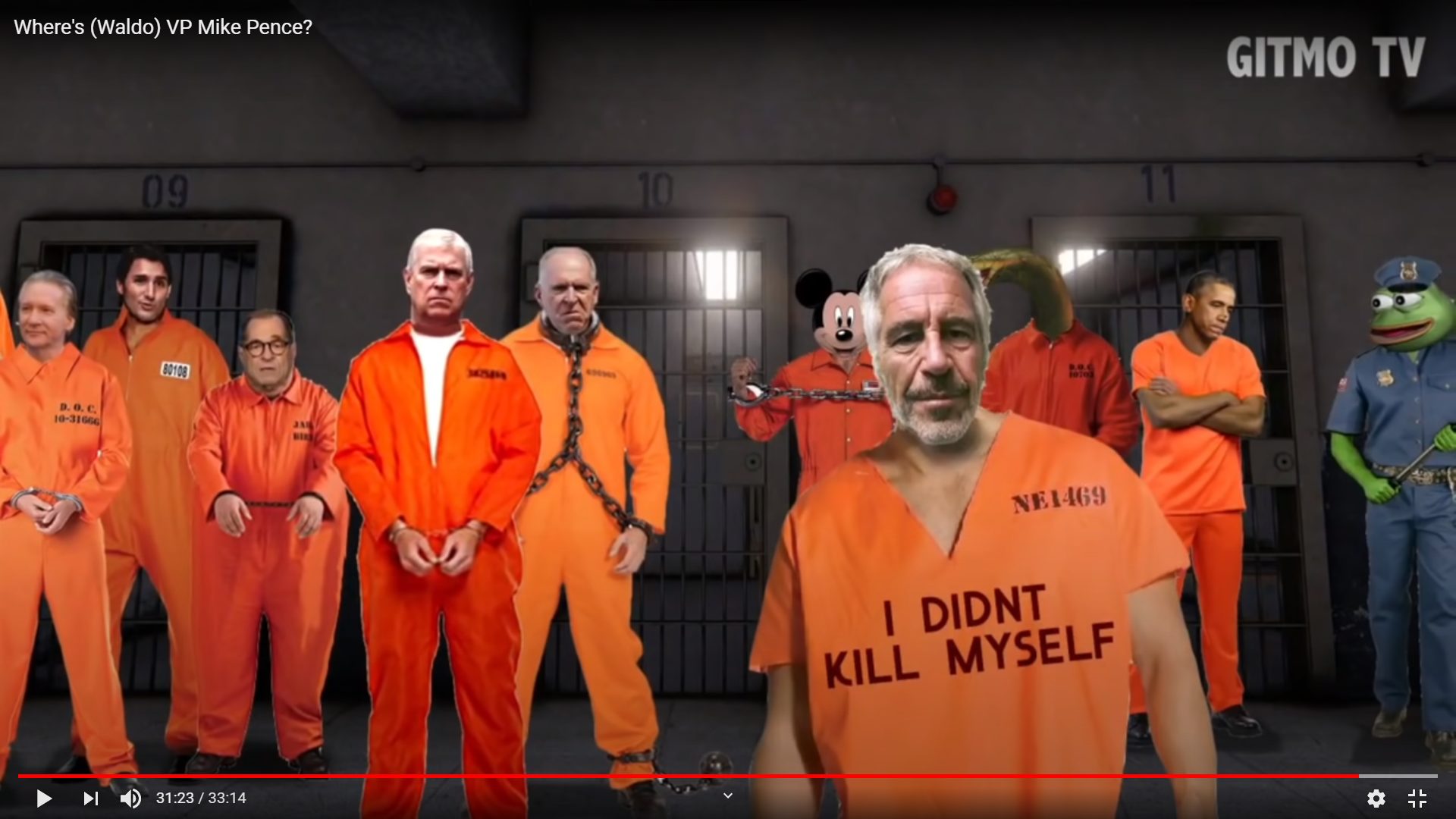 Sorry that I've turned this into a long story but it's just me pouring out my thoughts about the world we live in... and the stock market. God bless America. 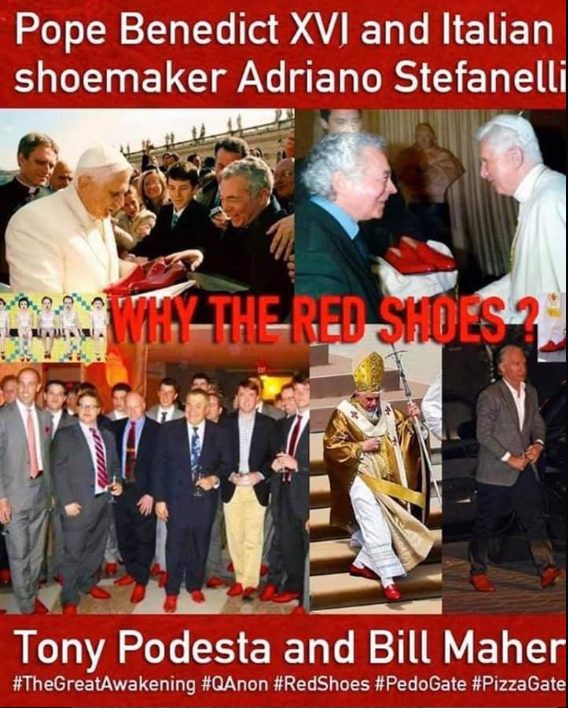 P.S. I still think JFK Jr is alive and will run for VP with Trump as Mike Pence gets arrested and executed for crimes against humanity.

Christ is with Trump and the Kennedys, and don't be surprised if sometime in the future you find out that the Q movement was started by John F. Kennedy in 1962, and that JFK Jr. has been quietly helping Trump since he faked his death 20 years ago.  This is why the Deep State are going to lose this battle in my humble opinion.

The rabbit hole is very deep it seems...