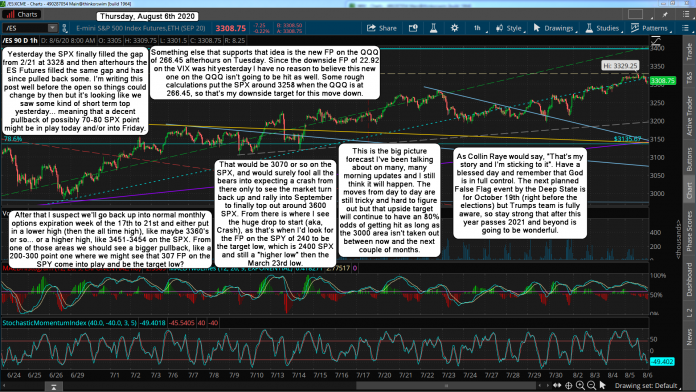 Yesterday the SPX finally filled the gap from 2/21 at 3328 and then afterhours the ES Futures filled the same gap and has since pulled back some. I'm writing this post well before the open so things could change by then but it's looking like we saw some kind of short term top yesterday... meaning that a decent pullback of possibly 70-80 SPX point might be in play today and/or into Friday.

Something else that supports that idea is the new FP on the QQQ of 266.45 afterhours on Tuesday. Since the downside FP of 22.92 on the VIX was hit yesterday I have no reason to believe this new one on the QQQ isn't going to be hit as well. Some rough calculations put the SPX around 3258 when the QQQ is at 266.45, so that's my downside target for this move down. 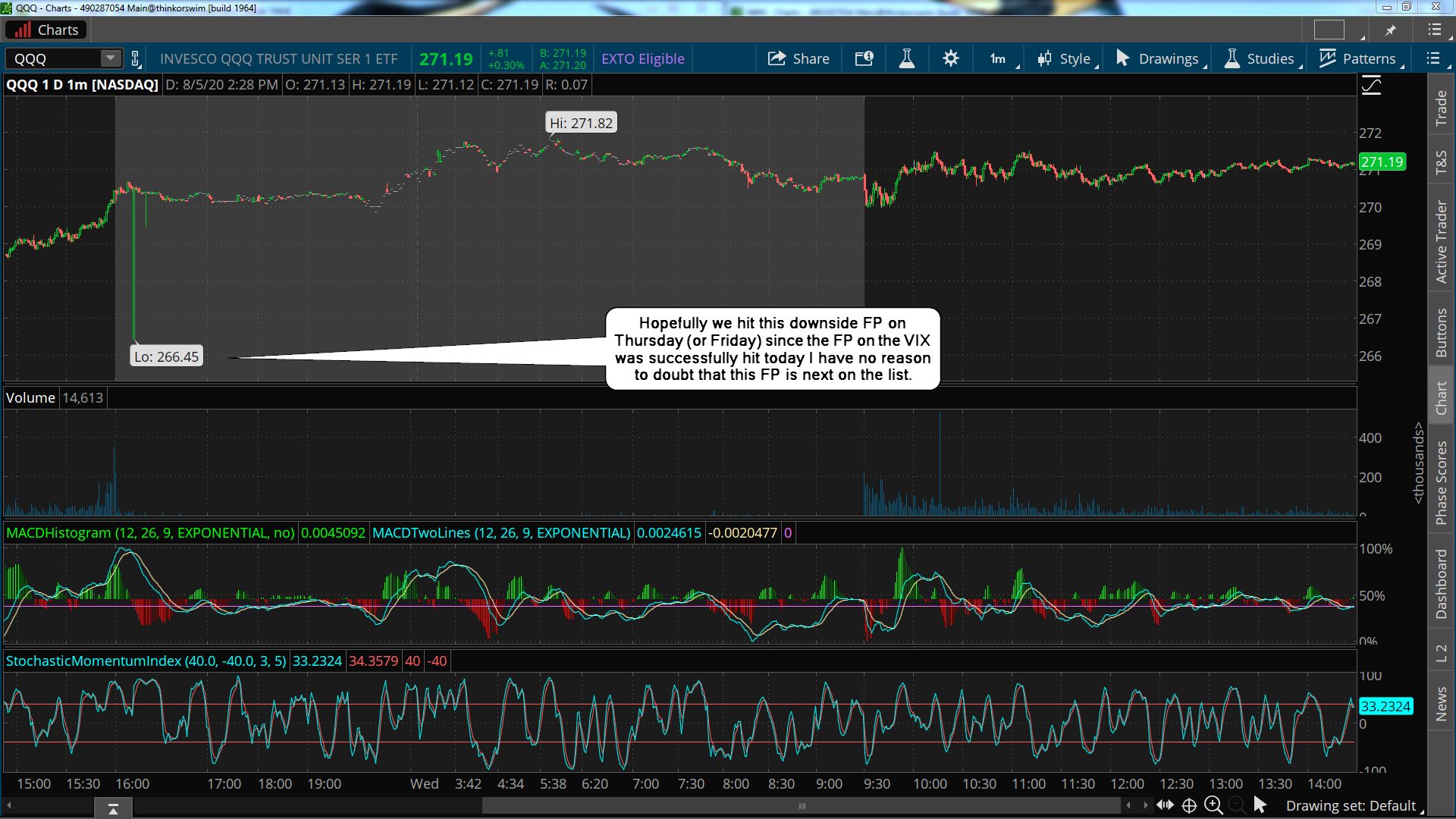 After that I suspect we'll go back up into normal monthly options expiration week of the 17th to 21st and either put in a lower high (then the all time high), like maybe 3360's or so... or a higher high, like 3451-3454 on the SPX. From one of those areas we should see a bigger pullback, like a 200-300 point one where we might see that 307 FP on the SPY come into play and be the target low? 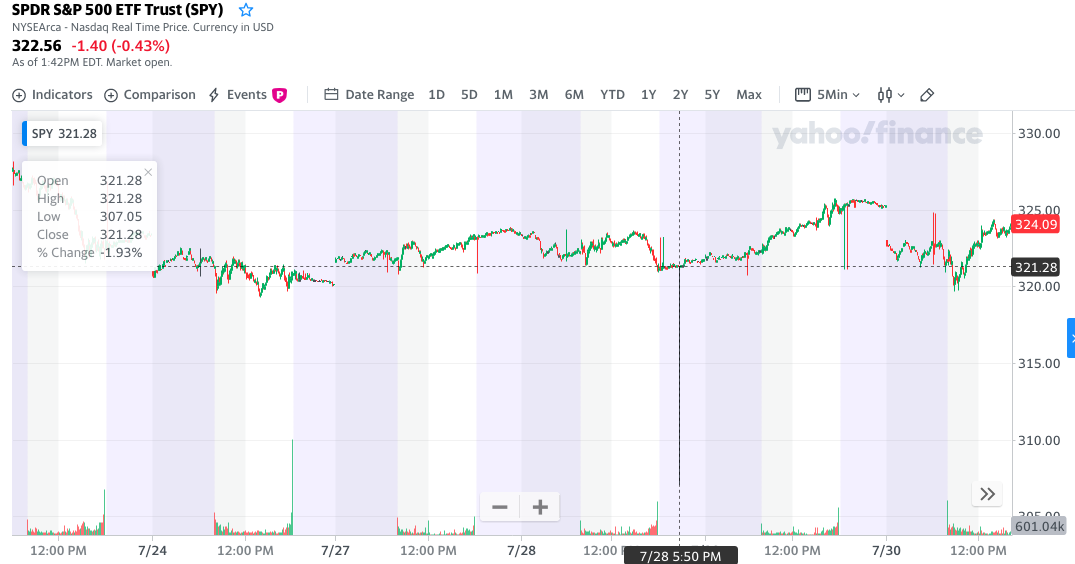 That would be 3070 or so on the SPX, and would surely fool all the bears into expecting a crash from there only to see the market turn back up and rally into September to finally top out around 3600 SPX. From there is where I see the huge drop to start (aka, Crash), as that's when I'd look for the FP on the SPY of 240 to be the target low, which is 2400 SPX and still a "higher low" then the March 23rd low.

This is the big picture forecast I've been talking about on many, many morning updates and I still think it will happen. The moves from day to day are still tricky and hard to figure out but that upside target will continue to have an 80% odds of getting hit as long as the 3000 area isn't taken out between now and the next couple of months.

As Collin Raye would say, "That's my story and I'm sticking to it". Have a blessed day and remember that God is in full control. The next planned False Flag event by the Deep State is for October 19th (right before the elections) but Trumps team is fully aware, so stay strong that after this year passes 2021 and beyond is going to be wonderful.