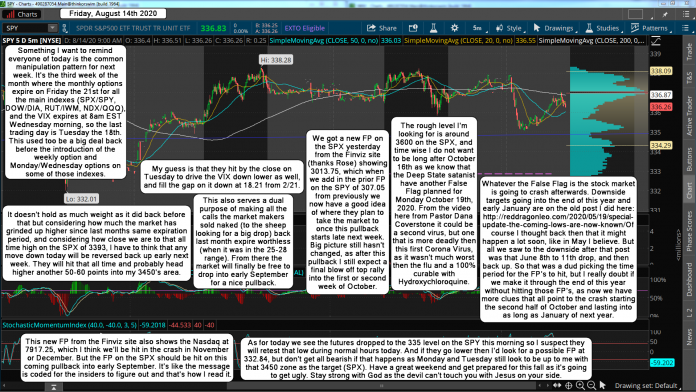 Something I want to remind everyone of today is the common manipulation pattern for next week. It's the third week of the month where the monthly options expire on Friday the 21st for all the main indexes (SPX/SPY, DOW/DIA, RUT/IWM, NDX/QQQ), and the VIX expires at 8am EST Wednesday morning, so the last trading day is Tuesday the 18th. This used too be a big deal back before the introduction of the weekly option and Monday/Wednesday options on some of those indexes.

It doesn't hold as much weight as it did back before that but considering how much the market has grinded up higher since last months same expiration period, and considering how close we are to that all time high on the SPX of 3393, I have to think that any move down today will be reversed back up early next week. They will hit that all time and probably head higher another 50-60 points into my 3450's area.

My guess is that they hit by the close on Tuesday to drive the VIX down lower as well, and fill the gap on it down at 18.21 from 2/21.

This also serves a dual purpose of making all the calls the market makers sold naked (to the sheep looking for a big drop) back last month expire worthless (when it was in the 25-28 range). From there the market will finally be free to drop into early September for a nice pullback. 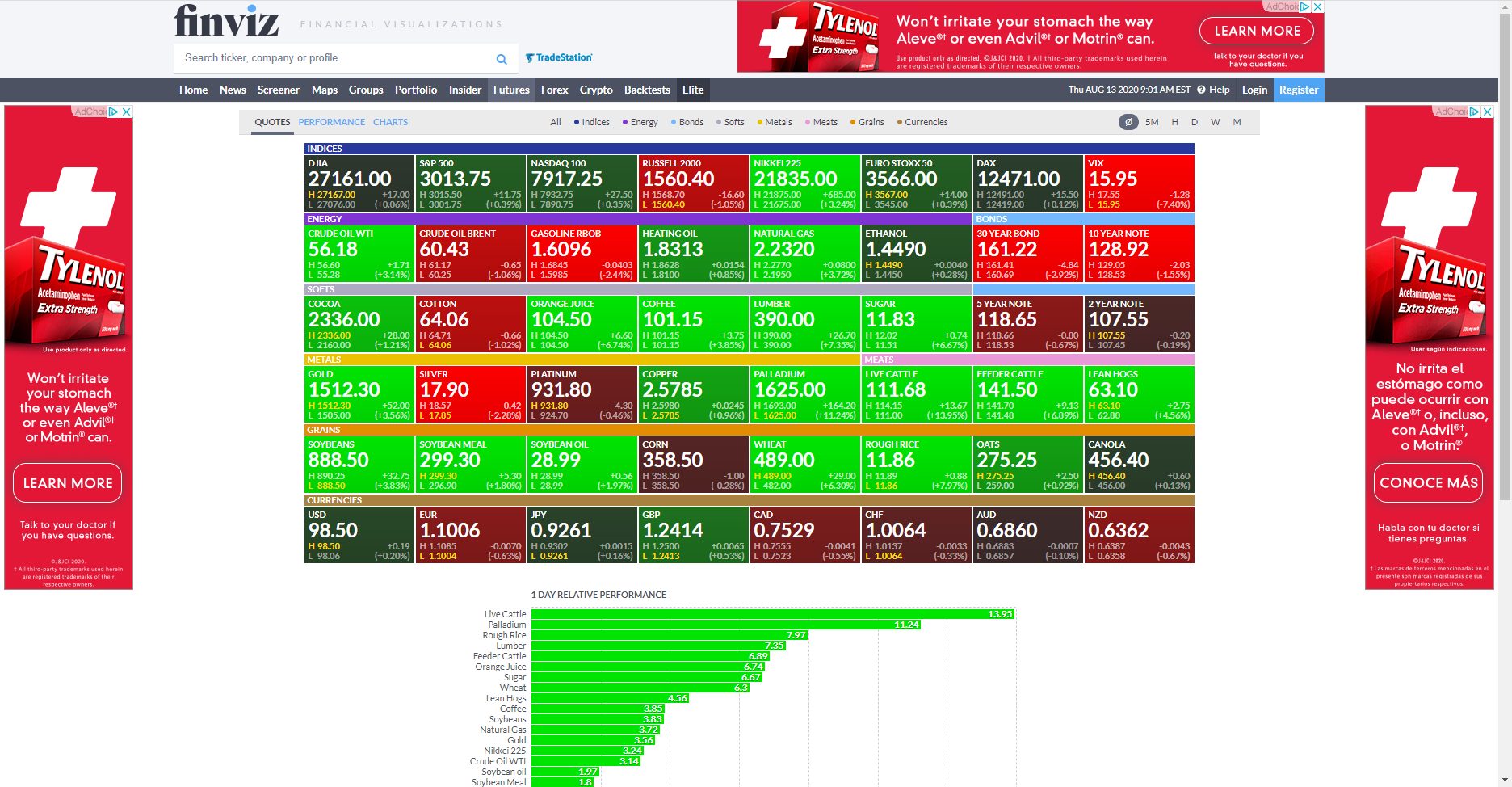 We got a new FP on the SPX yesterday from the Finviz site (thanks Rose) showing 3013.75, which when we add in the prior FP on the SPY of 307.05 from previously we now have a good idea of where they plan to take the market to once this pullback starts late next week. Big picture still hasn't changed, as after this pullback I still expect a final blow off top rally into the first or second week of October.

The rough level I'm looking for is around 3600 on the SPX, and time wise I do not want to be long after October 16th as we know that the Deep State satanist have another False Flag planned for Monday October 19th, 2020. From the video here from Pastor Dana Coverstone it could be a second virus, but one that is more deadly then this first Corona Virus, as it wasn't much worst then the flu and a 100% curable with Hydroxychloroquine.

Whatever the False Flag is the stock market is going to crash afterwards. Downside targets going into the end of this year and early January are on the old post I did here: http://reddragonleo.com/2020/05/19/special-update-the-coming-lows-are-now-known/

Of course I thought back then that it might happen a lot soon, like in May I believe. But all we saw to the downside after that post was that June 8th to 11th drop, and then back up. So that was a dud picking the time period for the FP's to hit, but I really doubt if we make it through the end of this year without hitting those FP's, as now we have more clues that all point to the crash starting the second half of October and lasting into as long as January of next year.

This new FP from the Finviz site also shows the Nasdaq at 7917.25, which I think we'll be hit in the crash in November or December. But the FP on the SPX should be hit on this coming pullback into early September. It's like the message is coded for the insiders to figure out and that's how I read it.

As for today we see the futures dropped to the 335 level on the SPY this morning so I suspect they will retest that low during normal hours today. And if they go lower then I'd look for a possible FP at 332.84, but don't get all bearish if that happens as Monday and Tuesday still look to be up to me with that 3450 zone as the target (SPX). Have a great weekend and get prepared for this fall as it's going to get ugly. Stay strong with God as the devil can't touch you with Jesus on your side.