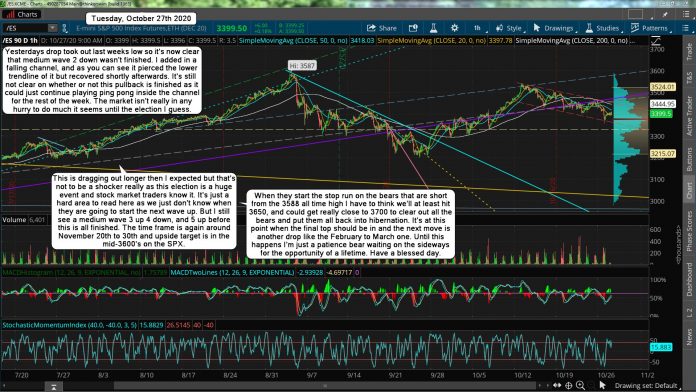 Yesterdays drop took out last weeks low so it's now clear that medium wave 2 down wasn't finished. I added in a falling channel, and as you can see it pierced the lower trendline of it but recovered shortly afterwards. It's still not clear on whether or not this pullback is finished as it could just continue playing ping pong inside the channel for the rest of the week. The market isn't really in any hurry to do much it seems until the election I guess.

This is dragging out longer then I expected but that's not to be a shocker really as this election is a huge event and stock market traders know it. It's just a hard area to read here as we just don't know when they are going to start the next wave up. But I still see a medium wave 3 up 4 down, and 5 up before this is all finished. The time frame is again around November 20th to 30th and upside target is in the mid-3600's on the SPX.

When they start the stop run on the bears that are short from the 3588 all time high I have to think we'll at least hit 3650, and could get really close to 3700 to clear out all the bears and put them all back into hibernation. It's at this point when the final top should be in and the next move is another drop like the February to March one. Until this happens I'm just a patience bear waiting on the sideways for the opportunity of a lifetime. Have a blessed day.

P.S.  I posted this chart in the free chatroom yesterday to show the likely wave count. 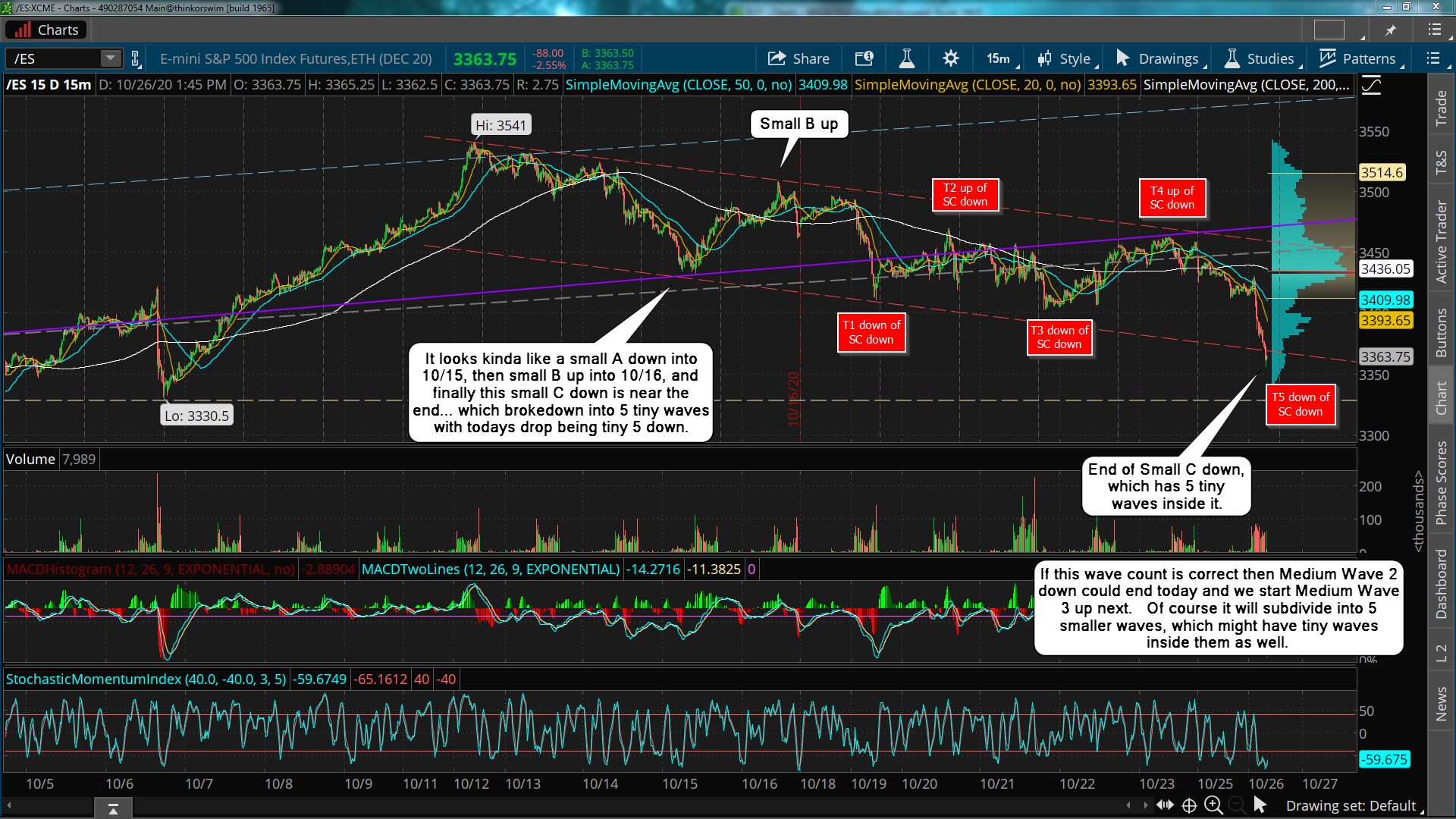