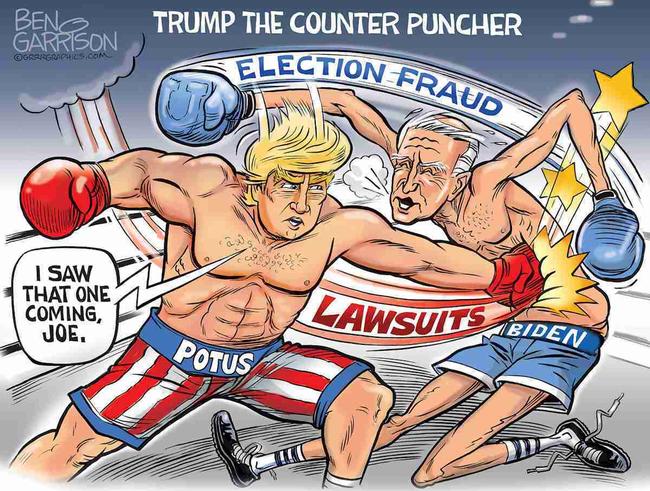 Each state has its own timeline for certifying election results. Here are key dates in swing states:

Election officials have until Nov. 23 to finalize local results. The secretary of state certifies statewide results on Nov. 30.

By Nov. 10, local election officials must provide unofficial vote tallies to the secretary of the commonwealth. Nov. 23 is the last day for local officials to submit certified election results.

If there’s a difference of 0.5% or less between the winner and the loser, the secretary of the commonwealth must order a recount by Nov. 12. If at least three voters in each county allege errors or discrepancies in the count, a recount could also be triggered. Any recount must be completed by Nov. 24, and local election officials must submit certified recount results to the secretary of the commonwealth by Nov. 25.

Local election officials must complete counting by Nov. 17 and send results to the secretary of state within 24 hours. Election officials meet Nov. 23 to certify election results. Any petitions for recount must be submitted by Nov. 25, or within 48 hours after the end of the certification meeting.

County officials have until Nov. 17 to finalize local election tallies. Under Wisconsin law, an “aggrieved” candidate can request a recount if they received within 1% of the winner’s vote total. The loser can file a petition for a recount no later than 5 p.m. on the first business day after the state election commission has received final results from all counties. The Trump campaign has called for a recount in Wisconsin, where NBC News has Biden projected to win.

The Trump campaign would also have to pay the state for the cost of conducting the recount. It could total in the millions of dollars.

The Wisconsin Elections Commission must certify statewide results by Dec. 1.

Georgia Secretary of State Brad Raffensperger said Friday a recount is expected in the state, as Biden currently holds a narrow lead.

County election officials meet on Nov. 13 to finalize county tallies. The State Board of Elections meets on Nov. 24 to certify statewide results.

States must certify election outcomes at least six days before the Electoral College meets — known as the “safe harbor” deadline — if they want to avoid Congress getting involved in resolving potential disputes. That means any court challenges to state election results must be settled by Dec. 8, 2020.

If states certify election outcomes by this deadline, Congress must accept the results as valid.

Electors meet in their respective states to cast their ballots for president and vice president on the Monday after the second Wednesday in December.

In every state except Nebraska and Maine, electors vote on a “winner takes all” basis, meaning whichever candidate wins the state’s presidential race receives all of the state’s electoral votes.

Electors send certificates of their vote to various officials, including Vice President Mike Pence, serving as president of the Senate.

Pence must receive the formal electoral vote certificates no later than nine days after electors meet.

The House and Senate convene for a joint session on Jan. 6 to count electoral votes. Pence presides over the process as president of the Senate and announces the results. The candidate that receives at least 270 out of 538 electoral votes becomes the next president.

Any objections to the electoral votes must be submitted in writing and signed by at least one House and one Senate member. If an objection arises, the two chambers consider the objection separately.

And yes I know they are Fake News but this section of the article is likely the truth (for once).