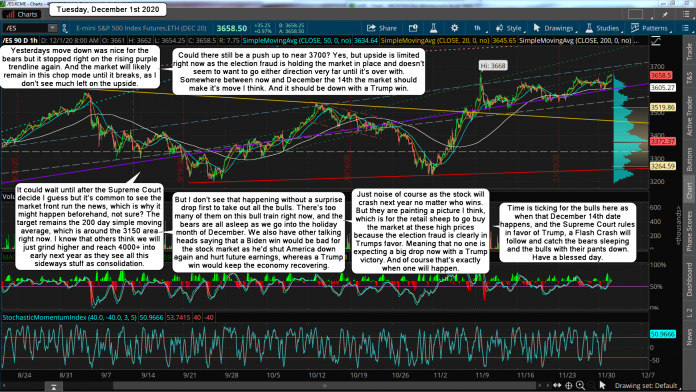 Yesterdays move down was nice for the bears but it stopped right on the rising purple trendline again. And the market will likely remain in this chop mode until it breaks, as I don't see much left on the upside.

Could there still be a push up to near 3700? Yes, but upside is limited right now as the election fraud is holding the market in place and doesn't seem to want to go either direction very far until it's over with. Somewhere between now and December the 14th the market should make it's move I think. And it should be down with a Trump win.

It could wait until after the Supreme Court decide I guess but it's common to see the market front run the news, which is why it might happen beforehand, not sure? The target remains the 200 day simple moving average, which is around the 3150 area right now. I know that others think we will just grind higher and reach 4000+ into early next year as they see all this sideways stuff as consolidation.

But I don't see that happening without a surprise drop first to take out all the bulls. There's too many of them on this bull train right now, and the bears are all asleep as we go into the holiday month of December. We also have other talking heads saying that a Biden win would be bad for the stock market as he'd shut America down again and hurt future earnings, whereas a Trump win would keep the economy recovering.

Just noise of course as the stock will crash next year no matter who wins. But they are painting a picture I think, which is for the retail sheep to go buy the market at these high prices because the election fraud is clearly in Trumps favor. Meaning that no one is expecting a big drop now with a Trump victory. And of course that's exactly when one will happen.

Time is ticking for the bulls here as when that December 14th date happens, and the Supreme Court rules in favor of Trump, a Flash Crash will follow and catch the bears sleeping and the bulls with their pants down. Have a blessed day.

For you hunters out there this is a screenshot from a security camera on my shop building two days ago.   It's common to see dear on my property. 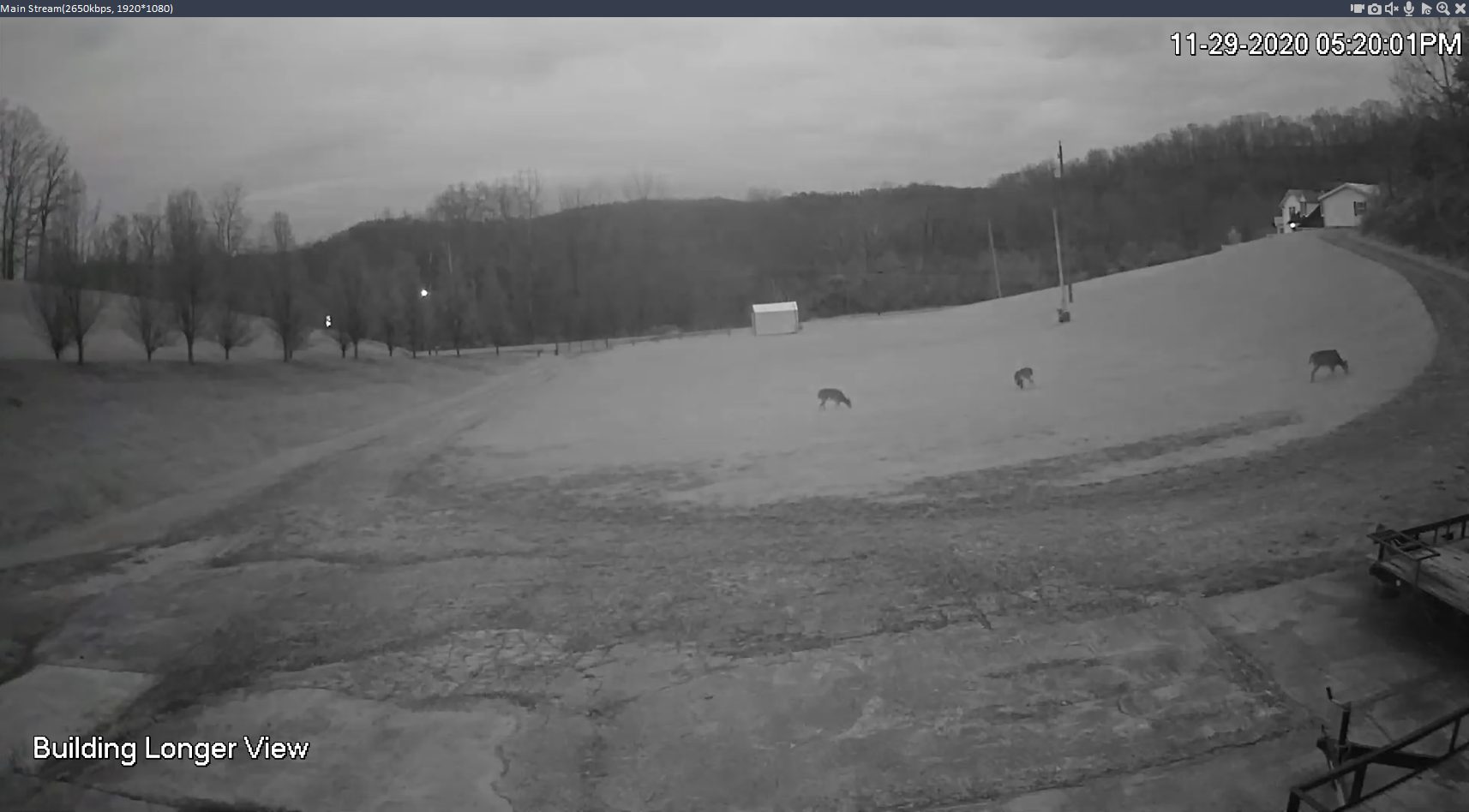 This morning a friend of mine came by to hunt. He's up on my hill now behind the shop building. This is his truck and the same screenshot from where the deer were two days ago. First day of snow as you can see. Maybe he should just stay in his truck and hunt? LOL. 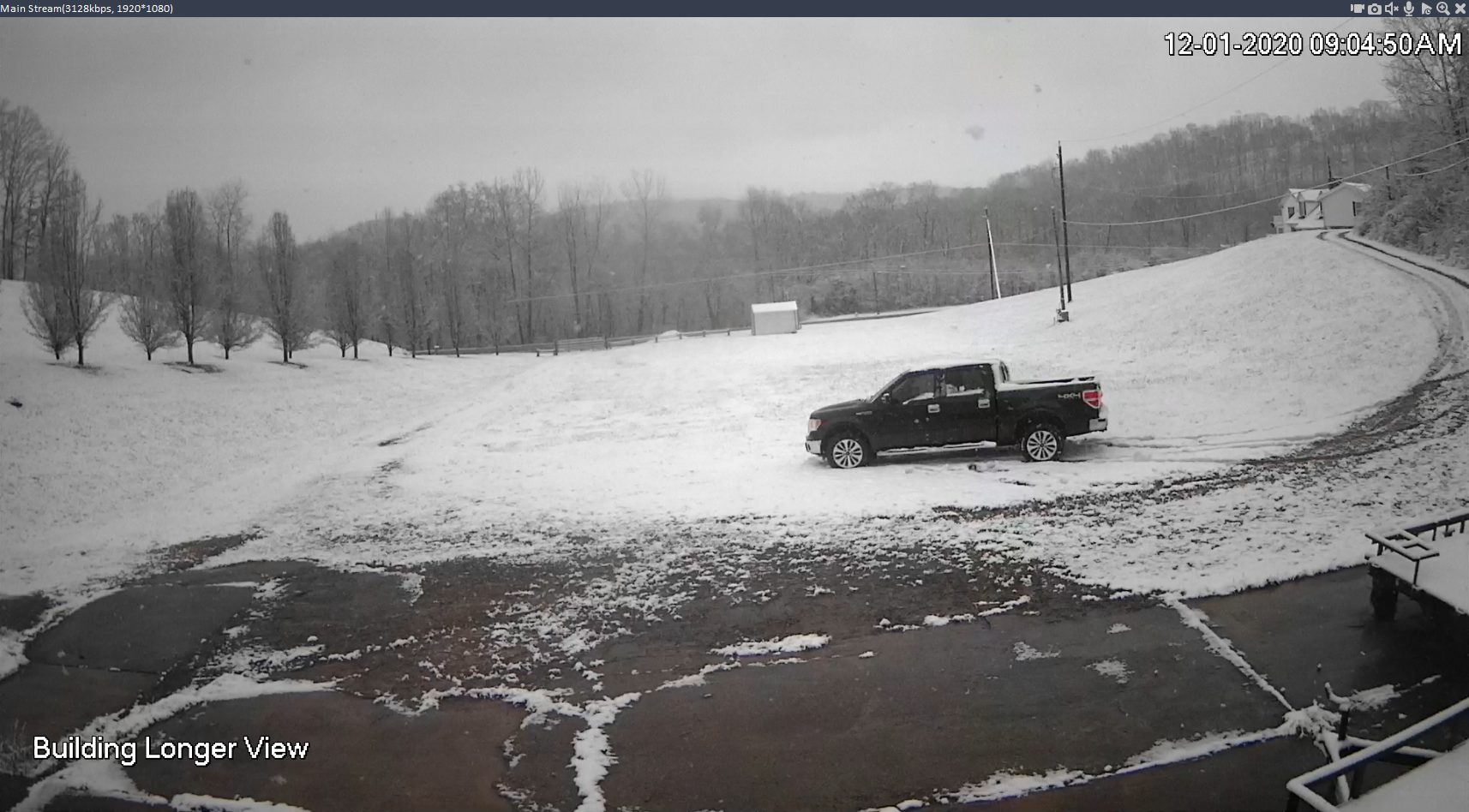