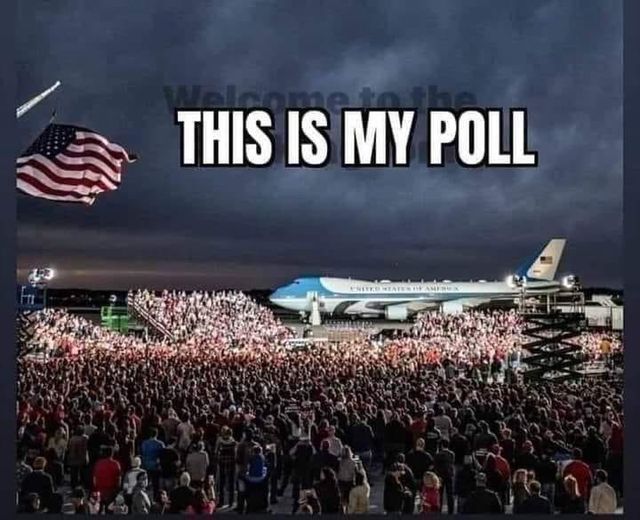 Today is the big day! The day we see who the real traitors are in both parties. Those that support President Trump are the patriots, and those that don't... you get the picture. For the market I think we topped out yesterday after-hours around 7:40 pm with that push up to 3734, as that completed all the tiny waves for small C up and ended medium 2 up. 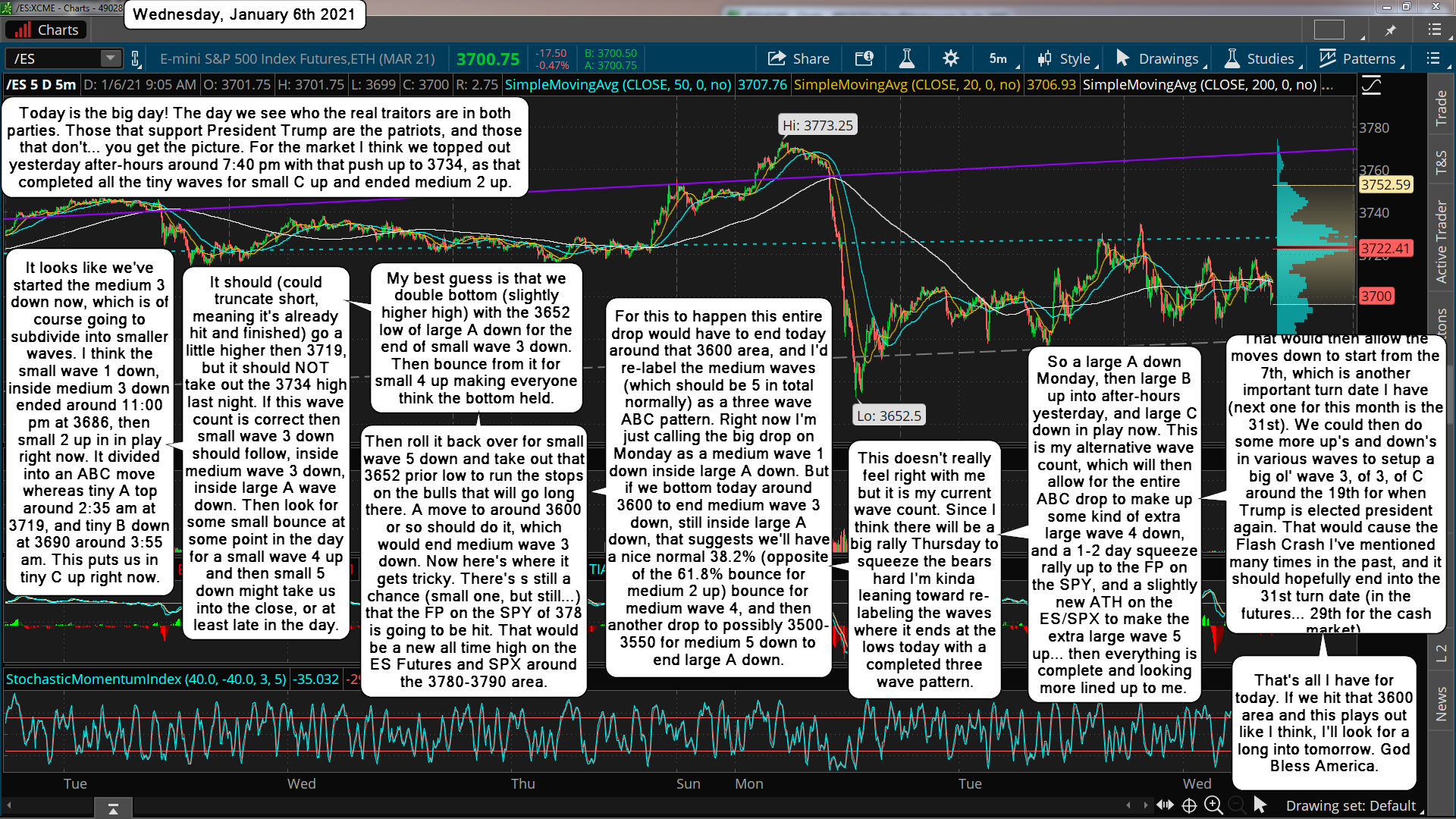 It should (could truncate short, meaning it's already hit and finished) go a little higher then 3719, but it should NOT take out the 3734 high last night. If this wave count is correct then small wave 3 down should follow, inside medium wave 3 down, inside large A wave down. Then look for some small bounce at some point in the day for a small wave 4 up and then small 5 down might take us into the close, or at least late in the day.

My best guess is that we double bottom (slightly higher high) with the 3652 low of large A down for the end of small wave 3 down. Then bounce from it for small 4 up making everyone think the bottom held.

Then roll it back over for small wave 5 down and take out that 3652 prior low to run the stops on the bulls that will go long there. A move to around 3600 or so should do it, which would end medium wave 3 down. Now here's where it gets tricky. There's s still a chance (small one, but still...) that the FP on the SPY of 378 is going to be hit. That would be a new all time high on the ES Futures and SPX around the 3780-3790 area.

This doesn't really feel right with me but it is my current wave count. Since I think there will be a big rally Thursday to squeeze the bears hard I'm kinda leaning toward re-labeling the waves where it ends at the lows today with a completed three wave pattern.

So a large A down Monday, then large B up into after-hours yesterday, and large C down in play now. This is my alternative wave count, which will then allow for the entire ABC drop to make up some kind of extra large wave 4 down, and a 1-2 day squeeze rally up to the FP on the SPY, and a slightly new ATH on the ES/SPX to make the extra large wave 5 up... then everything is complete and looking more lined up to me.

That would then allow the moves down to start from the 7th, which is another important turn date I have (next one for this month is the 31st). We could then do some more up's and down's in various waves to setup a big ol' wave 3, of 3, of C around the 19th for when Trump is elected president again. That would cause the Flash Crash I've mentioned many times in the past, and it should hopefully end into the 31st turn date (in the futures... 29th for the cash market).

That's all I have for today. If we hit that 3600 area and this plays out like I think, I'll look for a long into tomorrow. God Bless America.