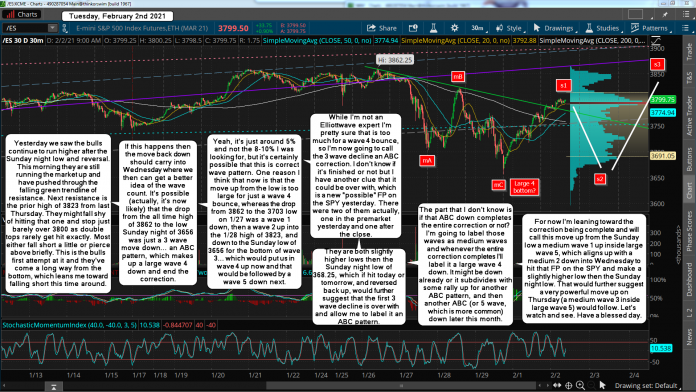 Yesterday we saw the bulls continue to run higher after the Sunday night low and reversal. This morning they are still running the market up and have pushed through the falling green trendline of resistance. Next resistance is the prior high of 3823 from last Thursday. They might fall shy of hitting that one and stop just barely over 3800 as double tops rarely get hit exactly. Most either fall short a little or pierce above briefly. This is the bulls first attempt at it and they've come a long way from the bottom, which leans me toward falling short this time around.

If this happens then the move back down should carry into Wednesday where we then can get a better idea of the wave count. It's possible (actually, it's now likely) that the drop from the all time high of 3862 to the low Sunday night of 3656 was just a 3 wave move down... an ABC pattern, which makes up a large wave 4 down and end the correction.

While I'm not an Elliottwave expert I'm pretty sure that is too much for a wave 4 bounce, so I'm now going to call the 3 wave decline an ABC correction. I don't know if it's finished or not but I have another clue that it could be over with, which is a new "possible" FP on the SPY yesterday. There were two of them actually, one in the premarket yesterday and one after the close. 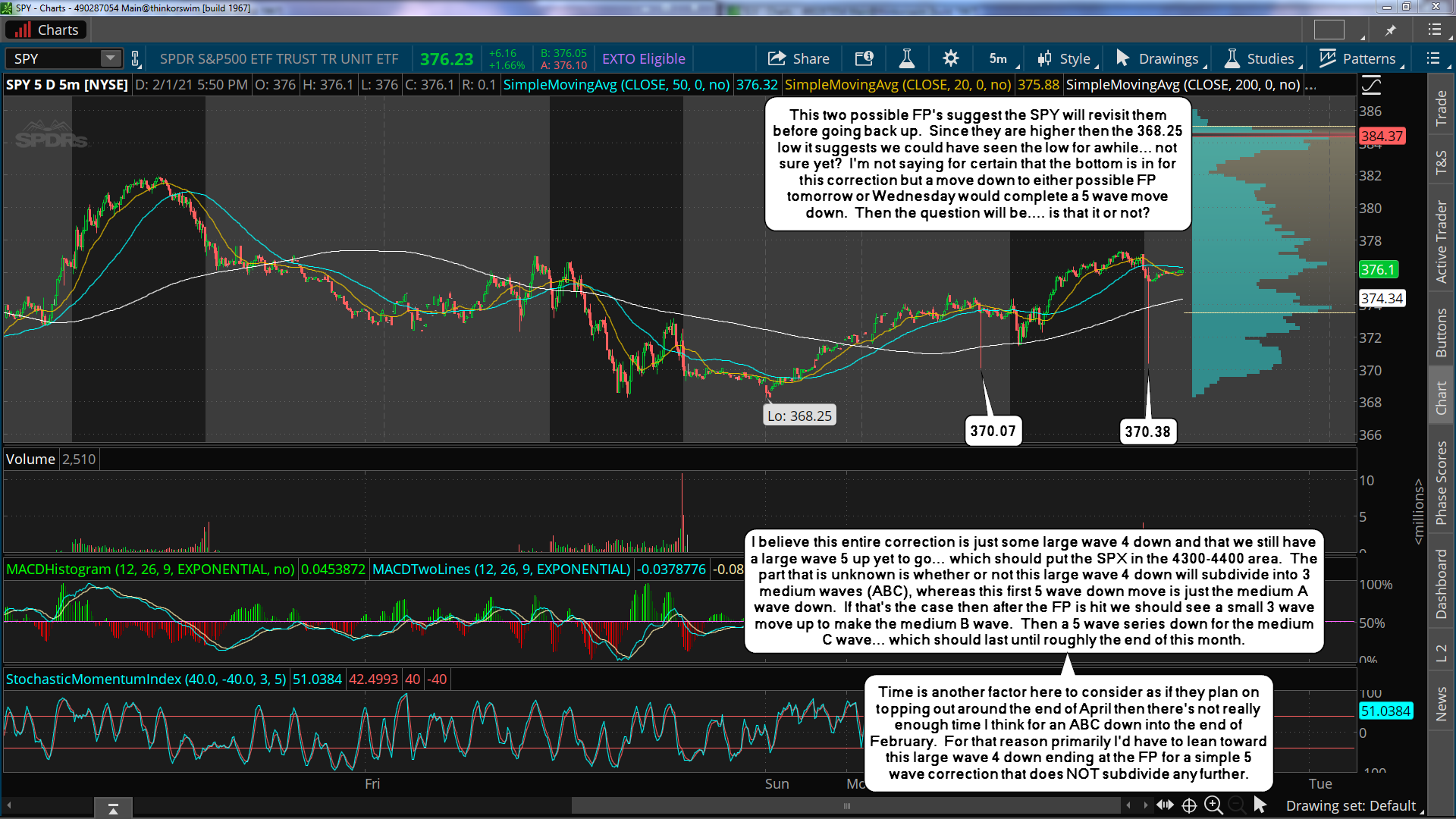 They are both slightly higher lows then the Sunday night low of 368.25, which if hit today or tomorrow, and reversed back up, would further suggest that the first 3 wave decline is over with and allow me to label it an ABC pattern.

The part that I don't know is if that ABC down completes the entire correction or not? I'm going to label those waves as medium waves and whenever the entire correction completes I'll label it a large wave 4 down. It might be down already or it subdivides with some rally up for another ABC pattern, and then another ABC (or 5 wave, which is more common) down later this month.

For now I'm leaning toward the correction being complete and will call this move up from the Sunday low a medium wave 1 up inside large wave 5, which aligns up with a medium 2 down into Wednesday to hit that FP on the SPY and make a slightly higher low then the Sunday night low. That would further suggest a very powerful move up on Thursday (a medium wave 3 inside large wave 5) would follow. Let's watch and see. Have a blessed day.