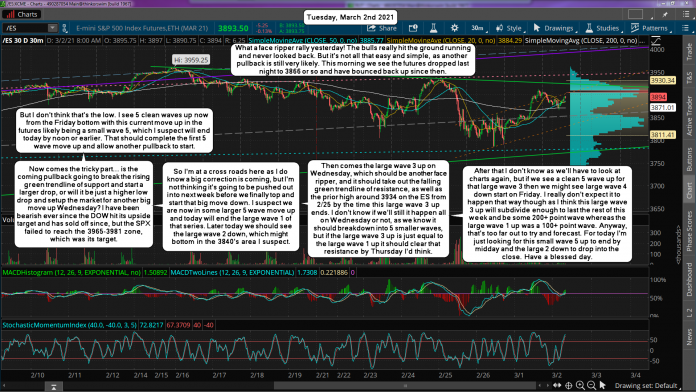 What a face ripper rally yesterday! The bulls really hit the ground running and never looked back. But it's not all that easy and simple, as another pullback is still very likely. This morning we see the futures dropped last night to 3866 or so and have bounced back up since then.

But I don't think that's the low. I see 5 clean waves up now from the Friday bottom with this current move up in the futures likely being a small wave 5, which I suspect will end today by noon or earlier. That should complete the first 5 wave move up and allow another pullback to start.

Now comes the tricky part... is the coming pullback going to break the rising green trendline of support and start a larger drop, or will it be just a higher low drop and setup the market for another big move up Wednesday? I have been bearish ever since the DOW hit its upside target and has sold off since, but the SPX failed to reach the 3965-3981 zone, which was its target.

So I'm at a cross roads here as I do know a big correction is coming, but I'm not thinking it's going to be pushed out into next week before we finally top and start that big move down. I suspect we are now in some larger 5 wave move up and today will end the large wave 1 of that series. Later today we should see the large wave 2 down, which might bottom in the 3840's area I suspect.

After that I don't know as we'll have to look at charts again, but if we see a clean 5 wave up for that large wave 3 then we might see large wave 4 down start on Friday. I really don't expect it to happen that way though as I think this large wave 3 up will subdivide enough to last the rest of this week and be some 200+ point wave whereas the large wave 1 up was a 100+ point wave. Anyway, that's too far out to try and forecast. For today I'm just looking for this small wave 5 up to end by midday and the large 2 down to drop into the close. Have a blessed day.

Here's a chart I did yesterday after the close and posted it in the free chatroom... 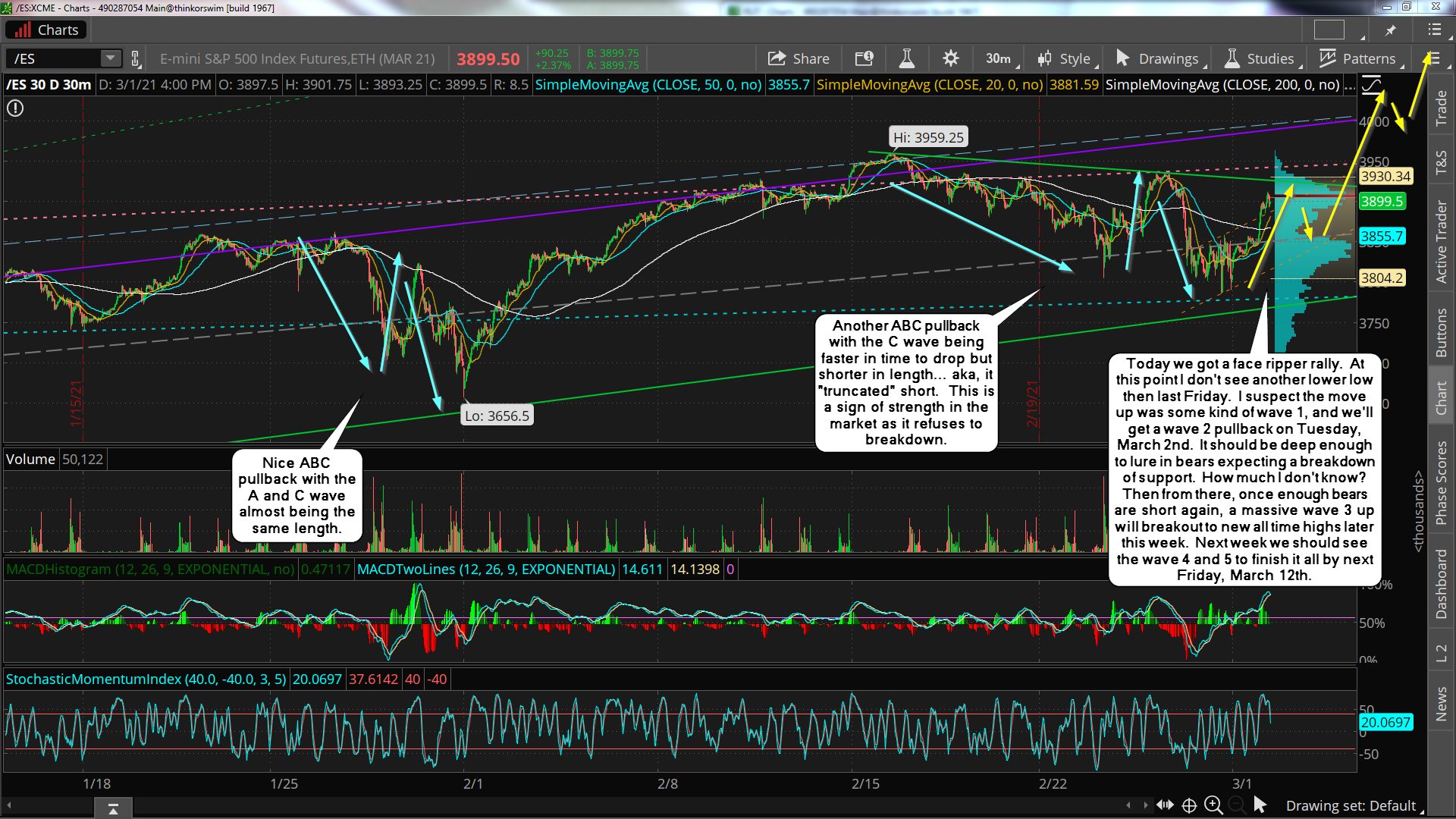