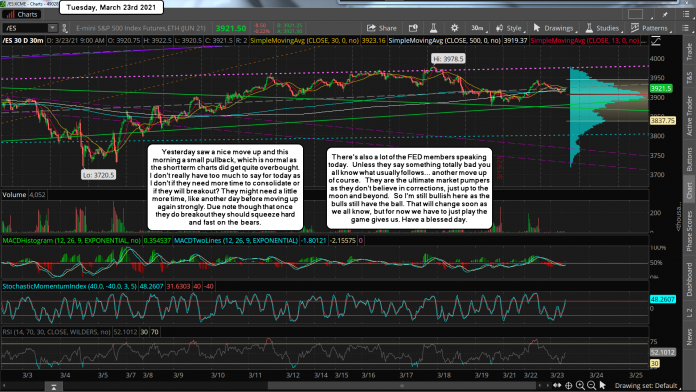 Yesterday saw a nice move up and this morning a small pullback, which is normal as the short term charts did get quite overbought. I don't really have too much to say for today as I don't know if they need more time to consolidate or if they will breakout? They might need a little more time, like another day before moving up again strongly. Due note though that once they do breakout they should squeeze hard and fast on the bears.

There's also a lot of the FED members speaking today.  Unless they say something totally bad you all know what usually follows... another move up of course.  They are the ultimate market pumpers as they don't believe in corrections, just up to the moon and beyond.  So I'm still bullish here as the bulls still have the ball. That will change soon as we all know, but for now we have to just play the game gives us. Have a blessed day.