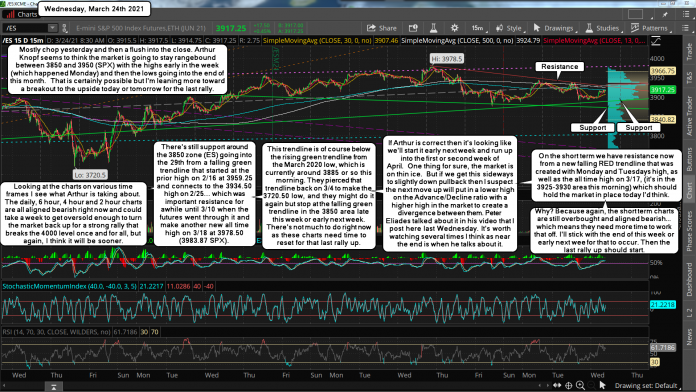 Mostly chop yesterday and then a flush into the close. Arthur Knopf seems to think the market is going to stay rangebound between 3850 and 3950 (SPX) with the highs early in the week (which happened Monday) and then the lows going into the end of this month.  That is certainly possible but I'm leaning more toward a breakout to the upside today or tomorrow for the last rally.

Looking at the charts on various time frames I see what Arthur is taking about. The daily, 6 hour, 4 hour and 2 hour charts are all aligned bearish right now and could take a week to get oversold enough to turn the market back up for a strong rally that breaks the 4000 level once and for all, but again, I think it will be sooner.

This trendline is of course below the rising green trendline from the March 2020 low, which is currently around 3885 or so this morning. They pierced that trendline back on 3/4 to make the 3720.50 low, and they might do it again but stop at the falling green trendline in the 3850 area late this week or early next week. There's not much to do right now as these charts need time to reset for that last rally up.

If Arthur is correct then it's looking like we'll start it early next week and run up into the first or second week of April.  One thing for sure, the market is on thin ice.  But if we get this sideways to slightly down pullback then I suspect the next move up will put in a lower high on the Advance/Decline ratio with a higher high in the market to create a divergence between them. Peter Eliades talked about it in his video that I post here last Wednesday. It's worth watching several times I think as near the end is when he talks about it.

On the short term we have resistance now from a new falling RED trendline that was created with Monday and Tuesdays high, as well as the all time high on 3/17, (it's in the 3925-3930 area this morning) which should hold the market in place today I'd think.

Why? Because again, the short term charts are still overbought and aligned bearish... which means they need more time to work that off. I'll stick with the end of this week or early next week for that to occur. Then the last rally up should start.

I also want to include a chart of the Nasdaq I did last night.  If it breaks out to the upside then the rest of the market should follow.  So keep your eyes on it as it's been the stronger sector lately. 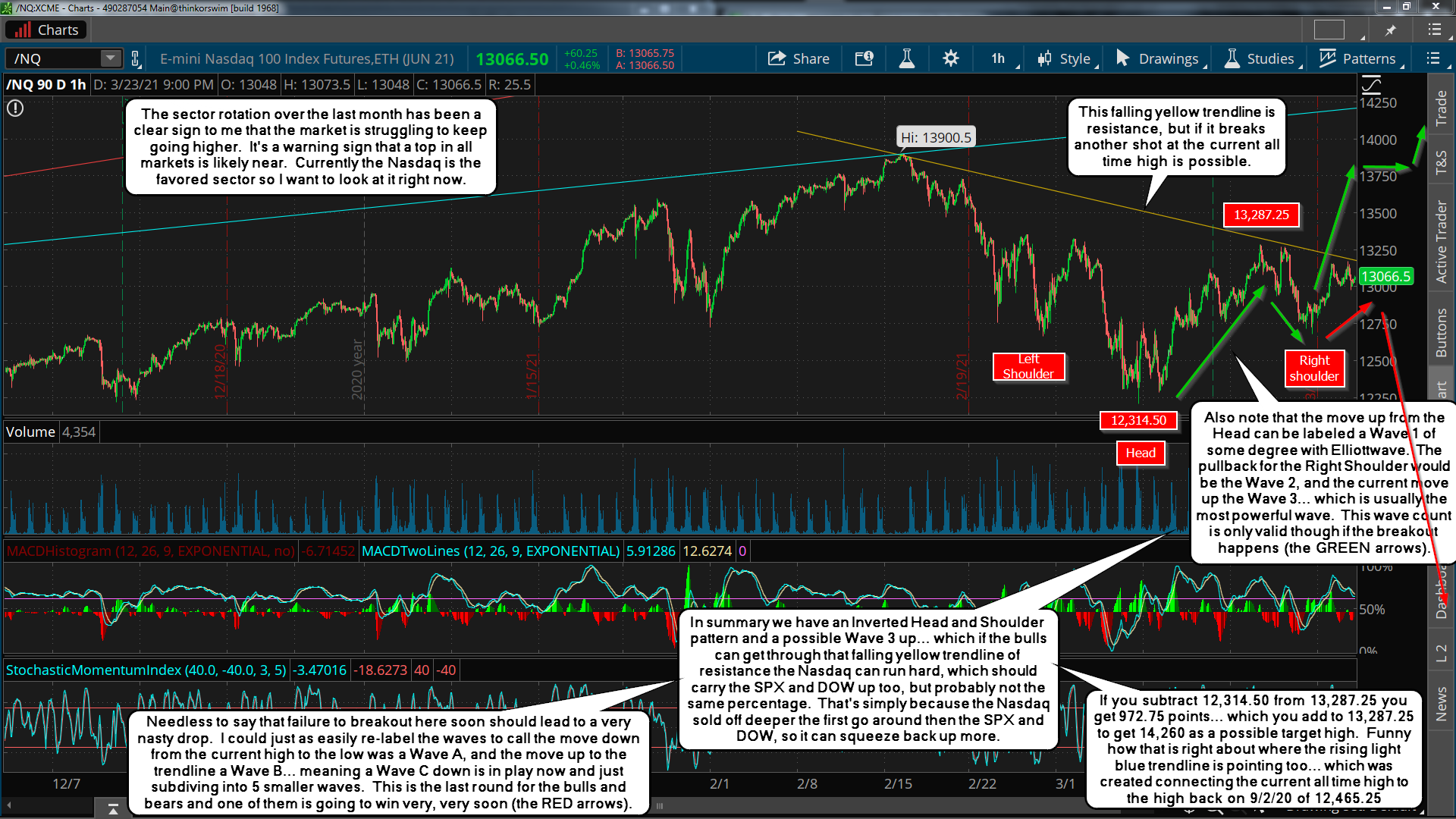