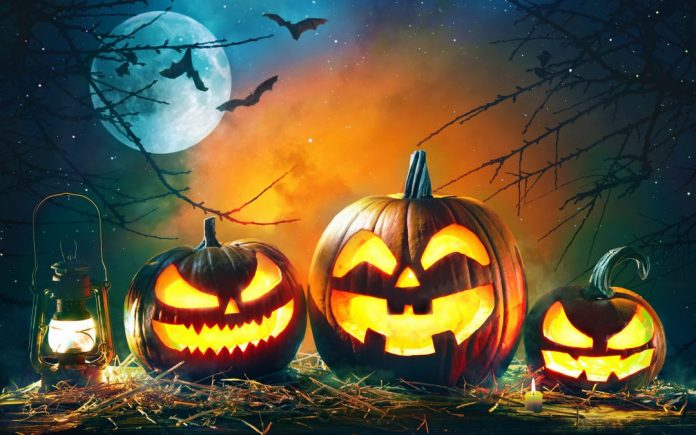 The market yesterday got really close to making a new all time high but stopped shy just hair from it, which I find super interesting. It's as if the market knew it needed to stay until the all time high. This further leads me to think that the current pullback will end the Medium Wave 4 down in an ABC pattern, which then is followed by the Medium Wave 5 up... and I think it will ended into the close today.

It should fall shy again of a new all time but lure in more bulls to stay long over the weekend. This is the perfect setup for a gap down Monday that starts the Large Wave 2 move as Large Wave 1 will have then ended today into the close with a truncated Medium Wave 5 pattern. Afterhours on the SPY they put out a FP of 453.94, which of course be just late fill as it is right close to the closing level on Wednesday. 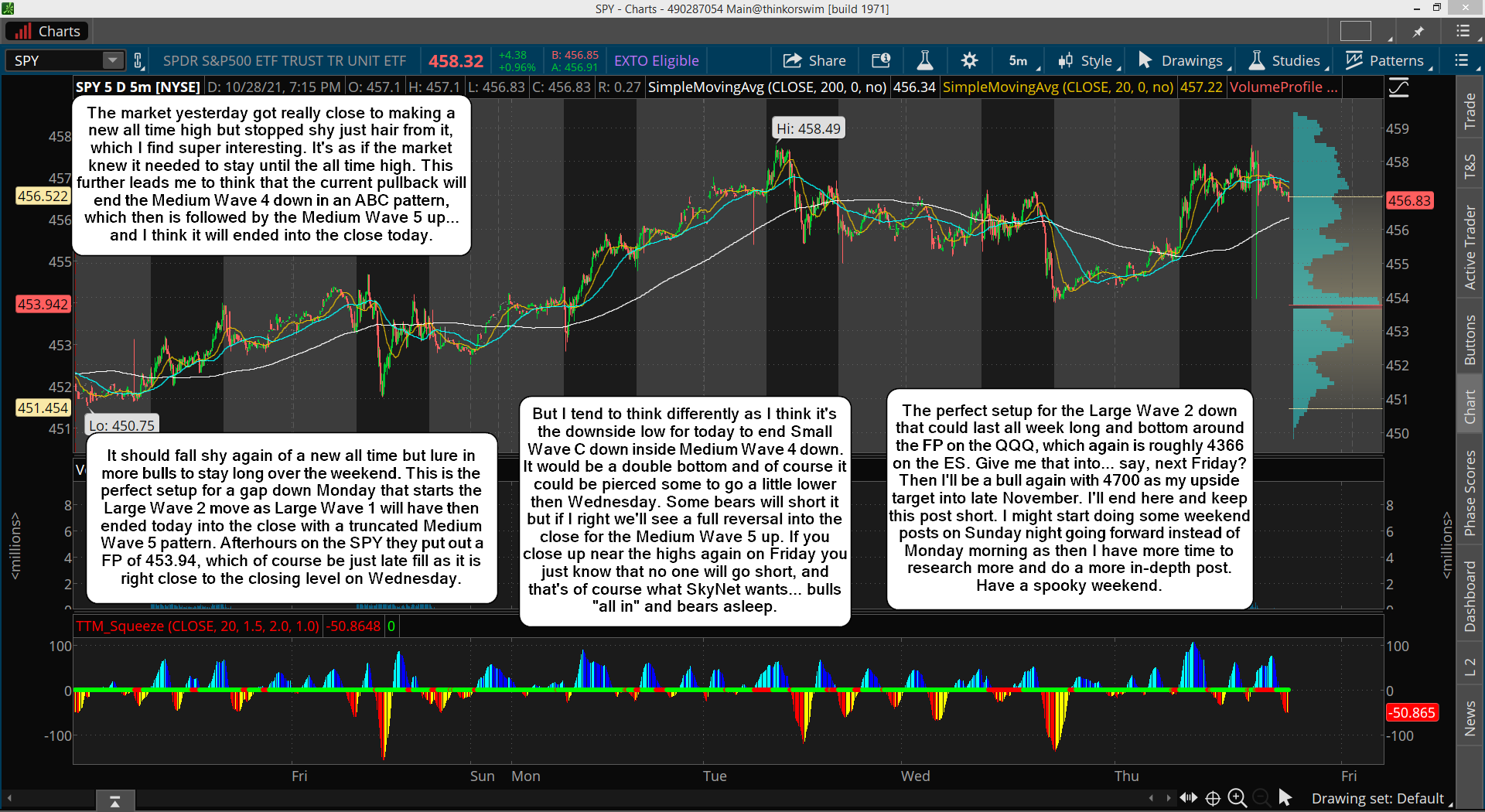 But I tend to think differently as I think it's the downside low for today to end Small Wave C down inside Medium Wave 4 down. It would be a double bottom and of course it could be pierced some to go a little lower then Wednesday. Some bears will short it but if I right we'll see a full reversal into the close for the Medium Wave 5 up. If you close up near the highs again on Friday you just know that no one will go short, and that's of course what SkyNet wants... bulls "all in" and bears asleep.

The perfect setup for the Large Wave 2 down that could last all week long and bottom around the FP on the QQQ, which again is roughly 4366 on the ES. Give me that into... say, next Friday? Then I'll be a bull again with 4700 as my upside target into late November. I'll end here and keep this post short. I might start doing some weekend posts on Sunday night going forward instead of Monday morning as then I have more time to research more and do a more in-depth post. Have a spooky weekend.