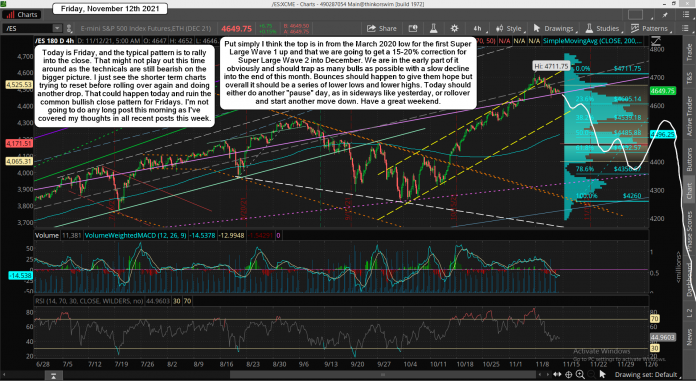 Today is Friday, and the typical pattern is to rally into the close. That might not play out this time around as the technicals are still bearish on the bigger picture. I just see the shorter term charts trying to reset before rolling over again and doing another drop. That could happen today and ruin the common bullish close pattern for Fridays. I'm not going to do any long post this morning as I've covered my thoughts in all recent posts this week.

Put simply I think the top is in from the March 2020 low for the first Super Large Wave 1 up and that we are going to get a 15-20% correction for Super Large Wave 2 into December. We are in the early part of it obviously and should trap as many bulls as possible with a slow decline into the end of this month. Bounces should happen to give them hope but overall it should be a series of lower lows and lower highs. Today should either do another "pause" day, as in sideways like yesterday, or rollover and start another move down. Have a great weekend. 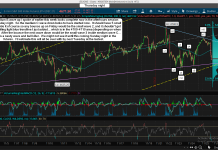 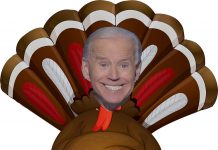 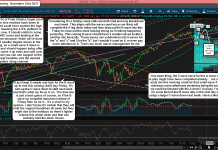