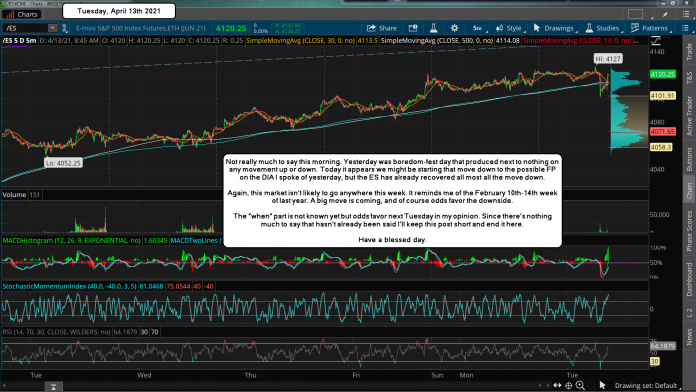 Not really much to say this morning. Yesterday was boredom-fest day that produced next to nothing on any movement up or down. Today it appears we might be starting that move down to the possible FP on the DIA I spoke of yesterday, but the ES has already recovered all most all the move down.

Again, this market isn't likely to go anywhere this week. It reminds me of the February 10th-14th week of last year. A big move is coming, and of course odds favor the downside.

The "when" part is not known yet but odds favor next Tuesday in my opinion. Since there's nothing much to say that hasn't already been said I'll keep this post short and end it here.