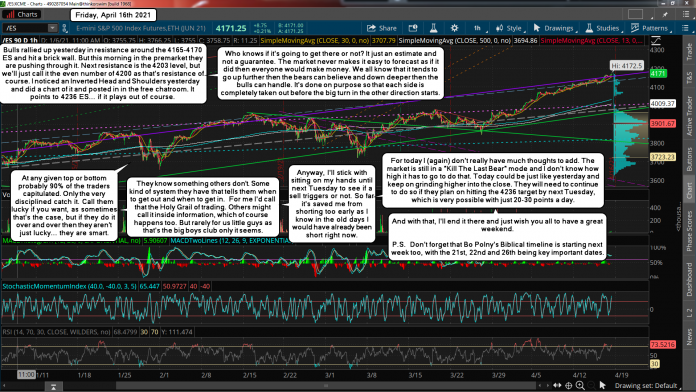 Bulls rallied up yesterday in resistance around the 4165-4170 ES and hit a brick wall. But this morning in the premarket they are pushing through it. Next resistance is the 4203 level, but we'll just call it the even number of 4200 as that's resistance of course. I noticed an Inverted Head and Shoulders yesterday and did a chart of it and posted in in the free chatroom. It points to 4236 ES... if it plays out of course. 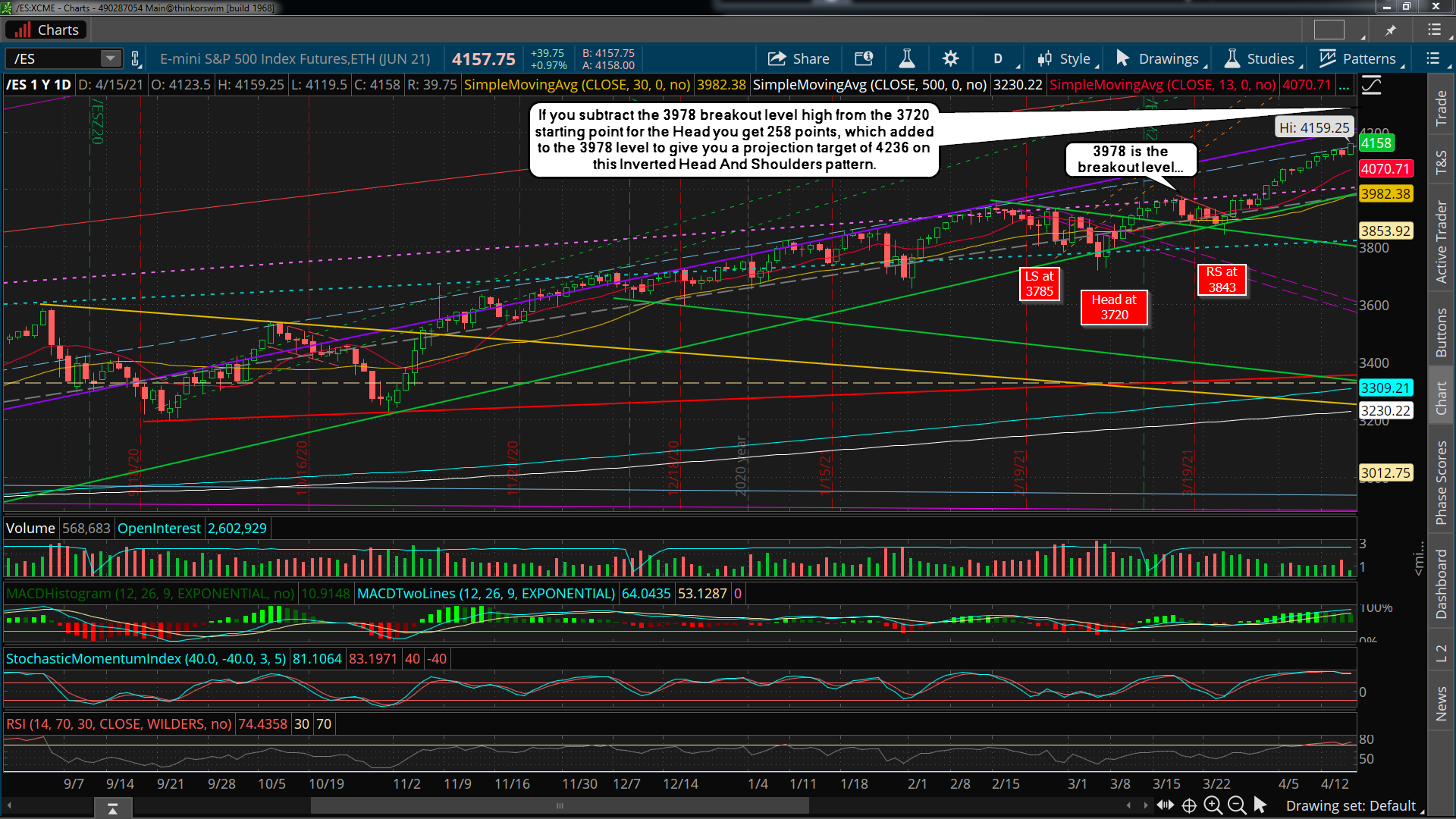 Who knows if it's going to get there or not? It just an estimate and not a guarantee. The market never makes it easy to forecast as if it did then everyone would make money. We all know that it tends to go up further then the bears can believe and down deeper then the bulls can handle. It's done on purpose so that each side is completely taken out before the big turn in the other direction starts.

At any given top or bottom probably 90% of the traders capitulated. Only the very disciplined catch it. Call them lucky if you want, as sometimes that's the case, but if they do it over and over then they aren't just lucky... they are smart.

They know something others don't. Some kind of system they have that tells them when to get out and when to get in.  For me I'd call that the Holy Grail of trading. Others might call it inside information, which of course happens too. But rarely for us little guys as that's the big boys club only it seems.

Anyway, I'll stick with sitting on my hands until next Tuesday to see if a sell triggers or not. So far it's saved me from shorting too early as I know in the old days I would have already been short right now.

For today I (again) don't really have much thoughts to add. The market is still in a "Kill The Last Bear" mode and I don't know how high it has to go to do that. Today could be just like yesterday and keep on grinding higher into the close. They will need to continue to do so if they plan on hitting the 4236 target by next Tuesday, which is very possible with just 20-30 points a day.

And with that, I'll end it there and just wish you all to have a great weekend.

P.S.  Don't forget that Bo Polny's Biblical timeline is starting next week too, with the 21st, 22nd and 26th being key important dates.