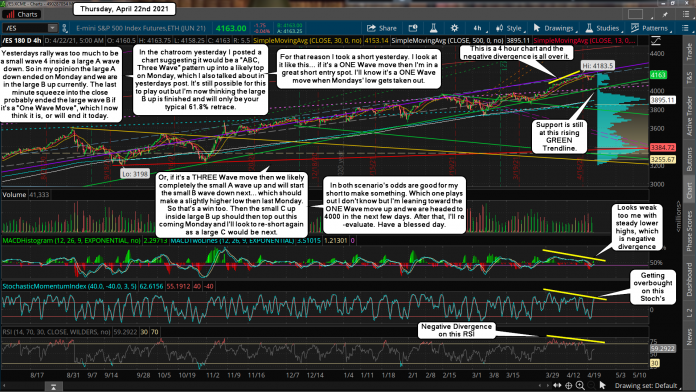 Yesterdays rally was too much to be a small wave 4 inside a large A wave down. So in my opinion the large A down ended on Monday and we are in the large B up currently. The last minute squeeze into the close probably ended the large wave B if it's a "One Wave Move", which I now think it is, or will end it today.

In the chatroom yesterday I posted a chart suggesting it would be a "ABC, Three Wave" pattern up into a likely top on Monday, which I also talked about in yesterdays post. It's still possible for this to play out but I'm now thinking the large B up is finished and will only be your typical 61.8% retrace. 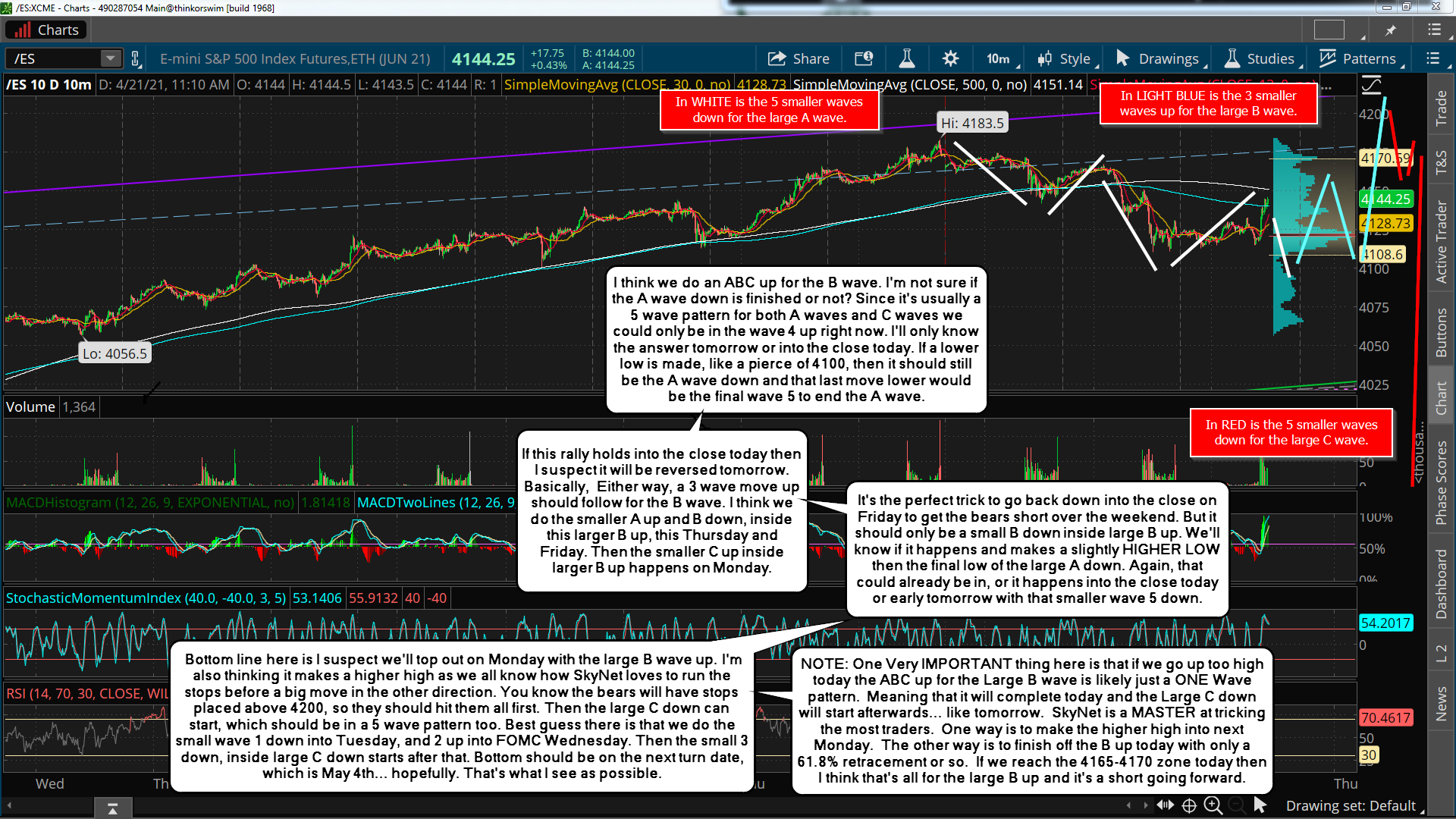 Or, if it's a THREE Wave move then we likely completely the small A wave up and will start the small B wave down next... which should make a slightly higher low then last Monday. So that's a win too. Then the small C up inside large B up should then top out this coming Monday and I'll look to re-short again as a large C would be next.

In both scenario's odds are good for my short to make something. Which one plays out I don't know but I'm leaning toward the ONE Wave move up and we are headed to 4000 in the next few days. After that, I'll re-evaluate. Have a blessed day.