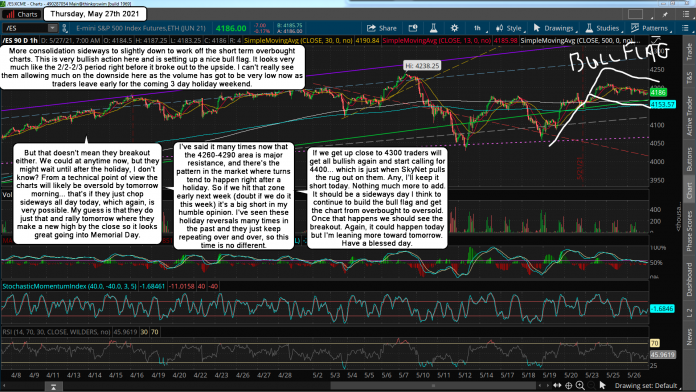 More consolidation sideways to slightly down to work off the short term overbought charts. This is very bullish action here and is setting up a nice bull flag. It looks very much like the 2/2-2/3 period right before it broke out to the upside. I can't really see them allowing much on the downside here as the volume has got to be very low now as traders leave early for the coming 3 day holiday weekend.

But that doesn't mean they breakout either. We could at anytime now, but they might wait until after the holiday, I don't know? From a technical point of view the charts will likely be oversold by tomorrow morning... that's if they just chop sideways all day today, which again, is very possible. My guess is that they do just that and rally tomorrow where they make a new high by the close so it looks great going into Memorial Day.

I've said it many times now that the 4260-4290 area is major resistance, and there's the pattern in the market where turns tend to happen right after a holiday. So if we hit that zone early next week (doubt if we do it this week) it's a big short in my humble opinion. I've seen these holiday reversals many times in the past and they just keep repeating over and over, so this time is no different.

If we get up close to 4300 traders will get all bullish again and start calling for 4400... which is just when SkyNet pulls the rug out on them. Any, I'll keep it short today. Nothing much more to add. It should be a sideways day I think to continue to build the bull flag and get the chart from overbought to oversold. Once that happens we should see the breakout. Again, it could happen today but I'm leaning more toward tomorrow. Have a blessed day.

P.S.  Here's a chart I did last night after the close showing the similarity between today and the 2/2-/2/3 technical setup.  It was posted in the free chatroom for members. 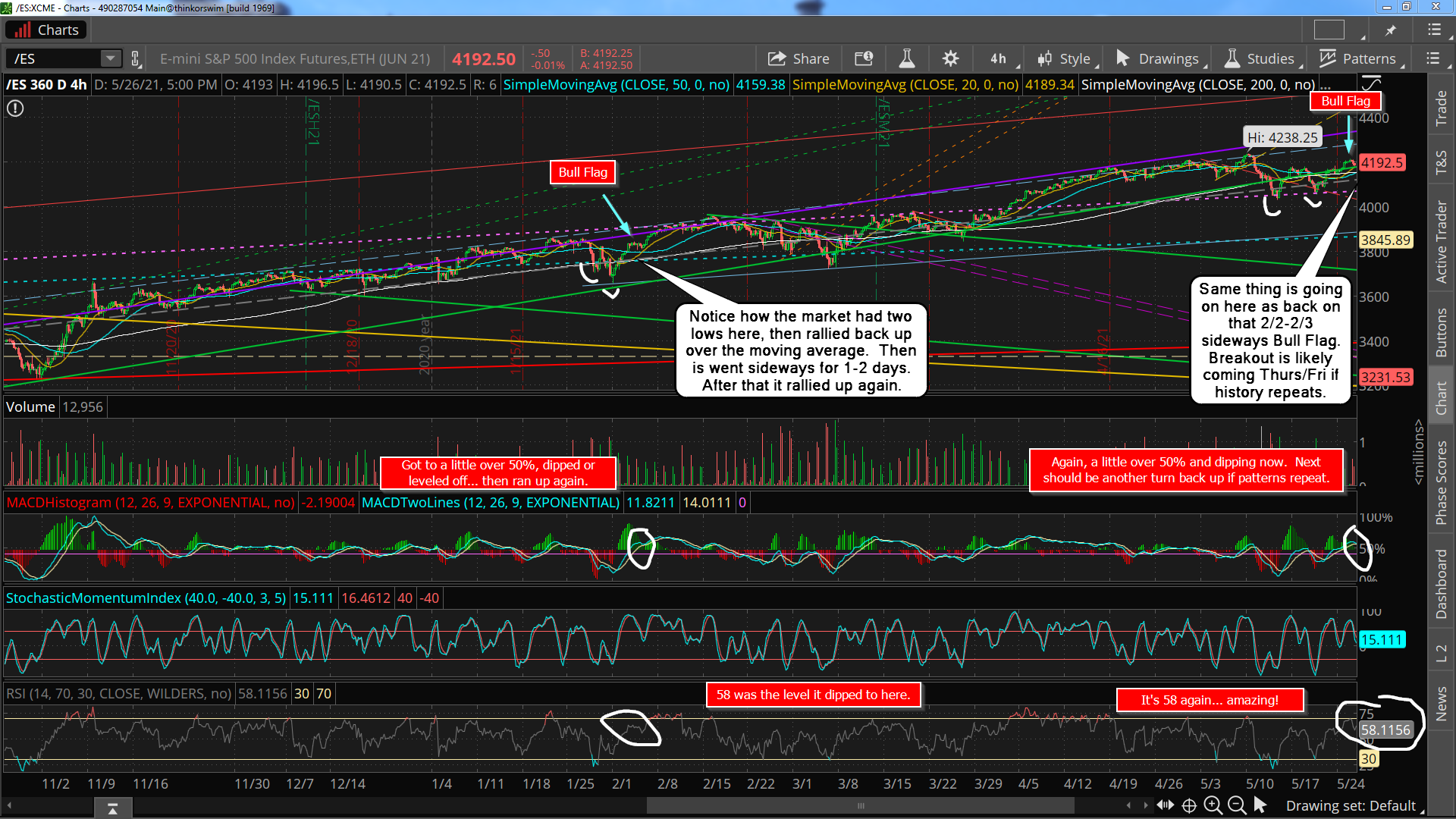